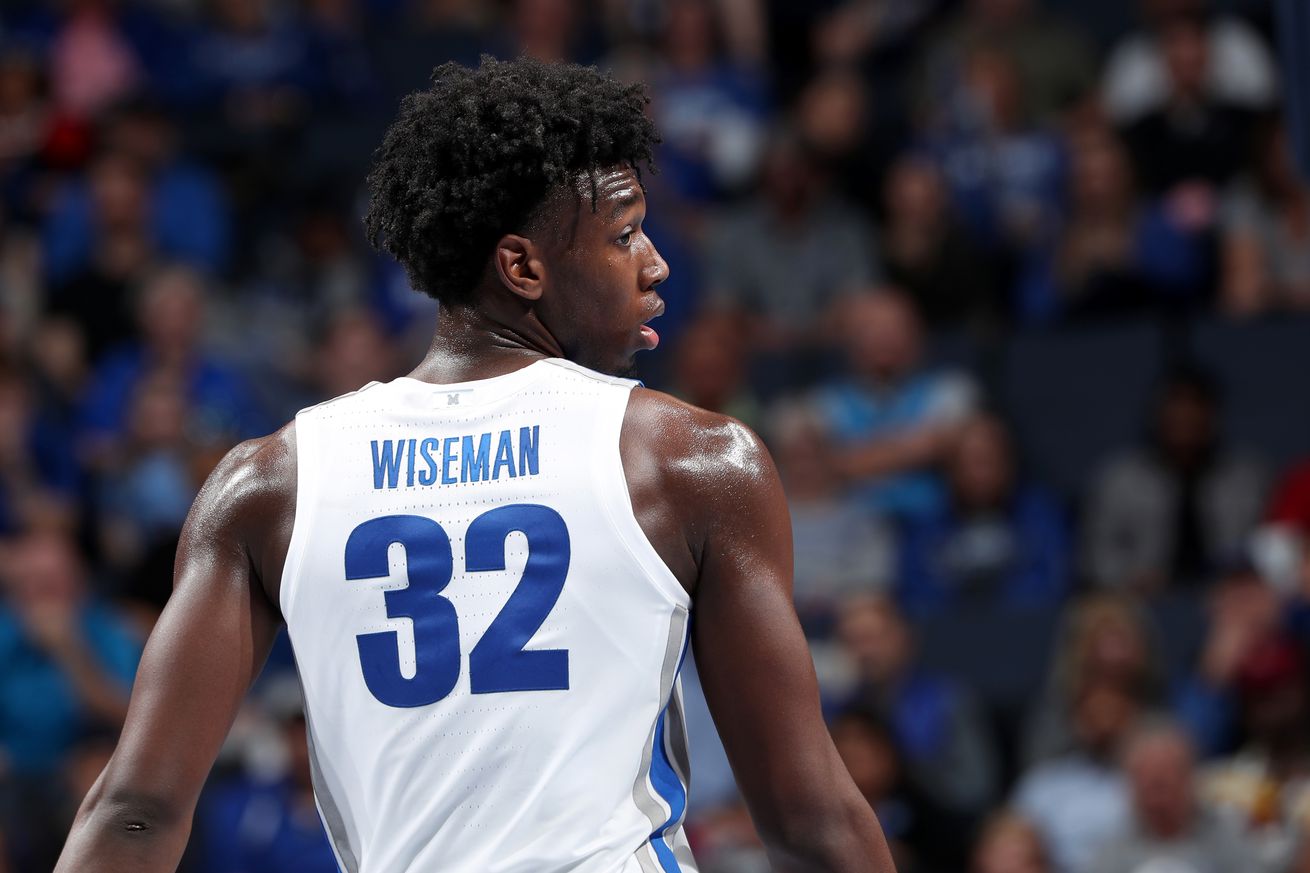 It was a tough decision, but the Memphis big man checks a lot of boxes for the Dubs.

We have been discussing the Golden State Warriors’ No. 2 overall pick since we found out the results of the 2020 NBA Draft Lottery nearly three months ago. I used the selection on Memphis center James Wiseman because of what he brings to the table and what the Dubs need going into next season.

Our mock draft rules state that we weren’t allowed to conduct trades, so that ended any hope of me being able to move down a few slots and net a future asset, but I can’t complain about ending up with Wiseman.

Golden State is in the unique position of adding an impact player at the draft while also gearing up for a championship run. Wiseman’s NCAA sample size is small. The-19-year-old only played in three games with the Tigers last season, averaging 19.7 points, 10.7 rebounds and 3 blocks per contest. His per-40 minutes numbers are eye-popping at 34.2 points and 18.6 rebounds, and he had a ridiculous +69.8 net rating over his very brief college career, per sports reference.

The 7’1 Wiseman has a 7’6 wingspan and should develop into a very good rim-protector, something the Dubs sorely need. Wiseman is an immediate upgrade to the center position with only the oft-injured Kevon Looney and the unproven Marquese Chriss on the roster.

Drafting to fill a hole on the roster isn’t usually a wise choice. Ask the Sacramento Kings if they would rather have power forward Marvin Bagley III instead of Luka Doncic, who departed GM Vlade Divac didn’t think would fit nicely with De’Aaron Fox.

In this year’s draft class, Wiseman, Anthony Edwards and LaMelo Ball are considered the top three prospects, so netting one of the best players available while plugging a need makes Wiseman an appealing choice.

With the return of Stephen Curry, Klay Thompson and Draymond Green, Wiseman won’t have the pressure that previous No. 2 picks as Ja Morant and Lonzo Ball had going into their rookie seasons. He won’t have to play 30-plus minutes per night and can take some time making adjustments to the pro-game.

On the offensive end, Wiseman is an elite finisher around the rim and will be useful in the pick-and-roll because of his athleticism and ability to score in the paint. He runs the floor like a gazelle and could flourish in the fast-paced Warriors’ offense. The big man isn’t great at creating for teammates at this stage of his career, but playing with high-level talent means he won’t need to have the ball in his hands a ton.

Defensively, Wiseman has all of the tools you look for in a shot-blocker and prolific rebounder. He will be able to alter shots in the paint and give the Dubs a sturdy option on the defense’s backline.

He does come with some weaknesses as well, highlighted by SB Nation’s Ricky O’Donnell:

“Wiseman is not particularly quick off the floor as a jumper. His straight-line speed doesn’t fully translate to lateral movement skills. He also doesn’t add any value as a shooter or passer. Wiseman can be impactful as a drop coverage big man, but his lack of versatility brings legitimate questions on whether he can return proper value for a top-three pick.”

One of the big question marks surrounding Wiseman is how he will handle switching on to NBA guards in the pick-and-roll. As O’Donnell points out, his side to side movement isn’t at a level where head coach Steve Kerr will feel comfortable using a switch-heavy system. But, if Kerr elects to go zone at times during games, Wiseman would be an excellent anchor. The Warriors need to add size to contend with the likes of Anthony Davis and Nikola Jokic, so getting Wiseman checks that box, although it would be a tall task to ask him to come in and guard All-Star caliber big men right off the bat.

I considered taking Onyeka Okongwu or Tyrese Haliburton here, but their ceiling is what Wiseman’s projects to be. Suppose Wiseman’s floor will be an effective rim-protector with limited offensive skills, at least general manager Bob Myers and co. know they have a reliable last line of defense while the Big 3 go into the twilights of their respective careers.

Getting Wiseman means Myers can focus on the deep pool of wings available in free agency and take a flier on a cheap veteran center.