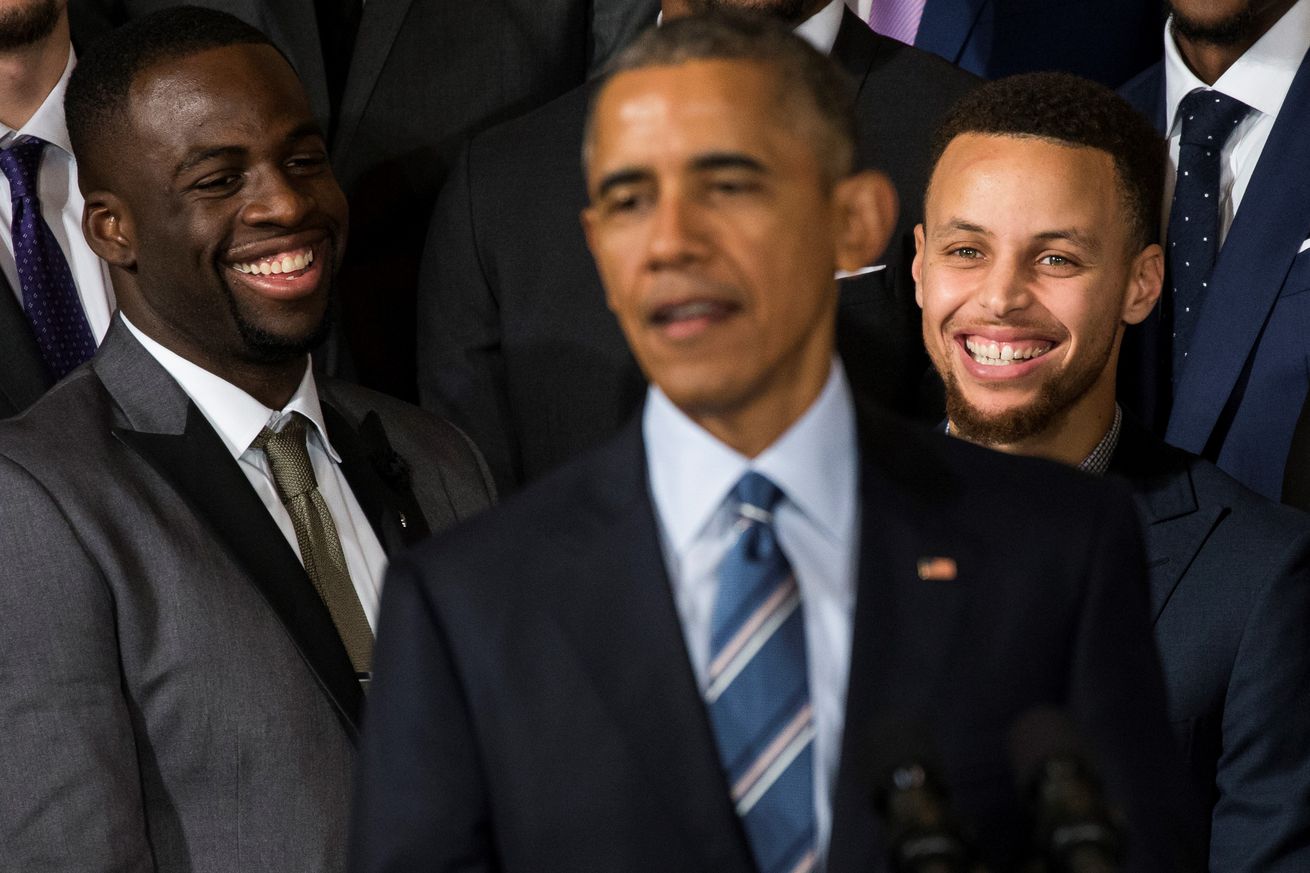 You know, if they win again.

Normally when a sports team goes five years without visiting the White House, it’s because they haven’t won a title in the last half decade. But not for the Golden State Warriors.

The Dubs haven’t paid a visit to 1600 Pennsylvania Ave since 2015, despite having captured not one, but two, championships since then.

But I probably don’t need to tell you what happened next. Following criticisms of Donald Trump, the Warriors were “uninvited” by the president following their 2017 title, in what was very clearly a “you can’t fire me, I quit!” situation.

After winning another title in 2018, there wasn’t even a discussion about whether or not the Warriors would head to Washington D.C., with Steph Curry and then-Cleveland Cavaliers star LeBron James both agreeing that the NBA champions should stay away from the White House until there was a different president.

And along the way, many Warriors — including Curry, Kevin Durant, Draymond Green, Klay Thompson, and Steve Kerr — publicly criticized Trump’s actions. And, to the surprise of no one, Trump took the time to make fun of them, usually unprovoked.

Now, as you’re surely well aware, the country is set to welcome in a new president. Joe Biden and Oakland’s own Kamala Harris won last week’s election, and that means that NBA teams are ready to start celebrating at the nation’s capital once more. In fact, no sooner had the election been called than Green and James took to Twitter to celebrate that the Los Angeles Lakers can now resume the tradition.

YO we back up in there my G!!! I’m taking my tequila and vino too!

Unfortunately there’s no guarantee that the Warriors will repeat what they did in 2015, 2017, and 2018. But if they do, they’ll be back in the White House, celebrating.