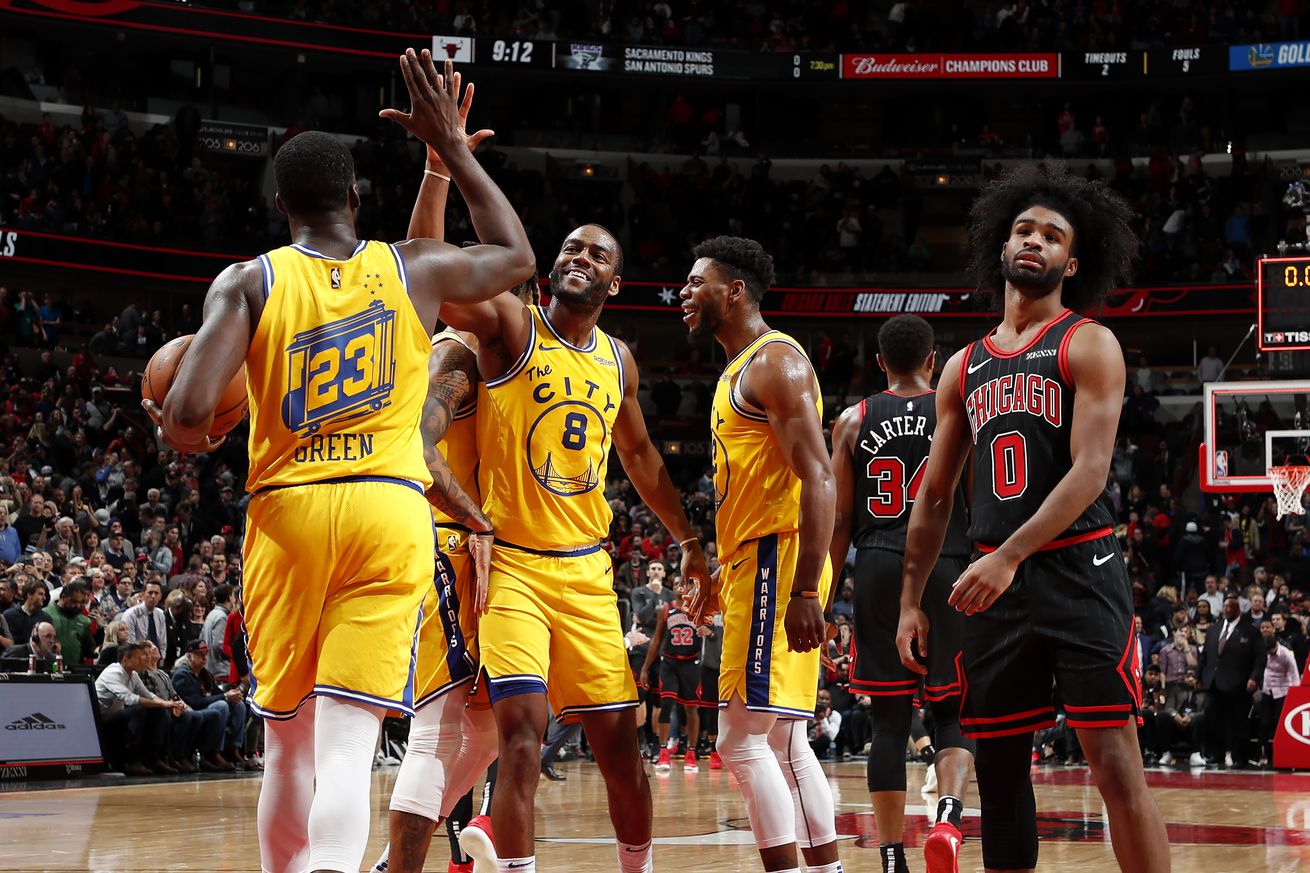 The Dubs got a full team effort in sweeping the Bulls, but which Warrior was most wondrous?

The Golden State Warriors comeback win over the Chicago Bulls gave them their first sweep of the 2019-2020 season, and a reminder that this season of turmoil is revealing the players the Dubs will need going forward.

Glenn Robinson III’s 20 points on 8-of-12 shooting from the field provided the leading scoring punch for the Warriors last night. In his 34 minutes he also added 7 rebounds and 2 steals.

Draymond Green on Glenn Robinson III, who continues to impress on both sides of the ball: pic.twitter.com/0HCIsrVodk

Another performance from a versatile wing came from Alec Burks, who scored 14 points in 30 minutes off the bench. He was a +10 in plus/minus, and shot an efficient 6-of-10 from the field. When he has the ball in his hands, good things usually happen.

Speaking of good things, we shouldn’t be surprised that rookie Eric Paschall had the highest plus/minus of the game with +14. His boxscore numbers of 13 points on 5-of-10 shooting from the field with 2 steals maybe undersell how his mere presence on the floor contributes to the Warriors being more dynamic.

Eric Paschall is what we all thought Jordan Bell would be.

This was a total team win, and there’s a lot of credit to go around for last night’s performance. Who was your Warrior Wonder?