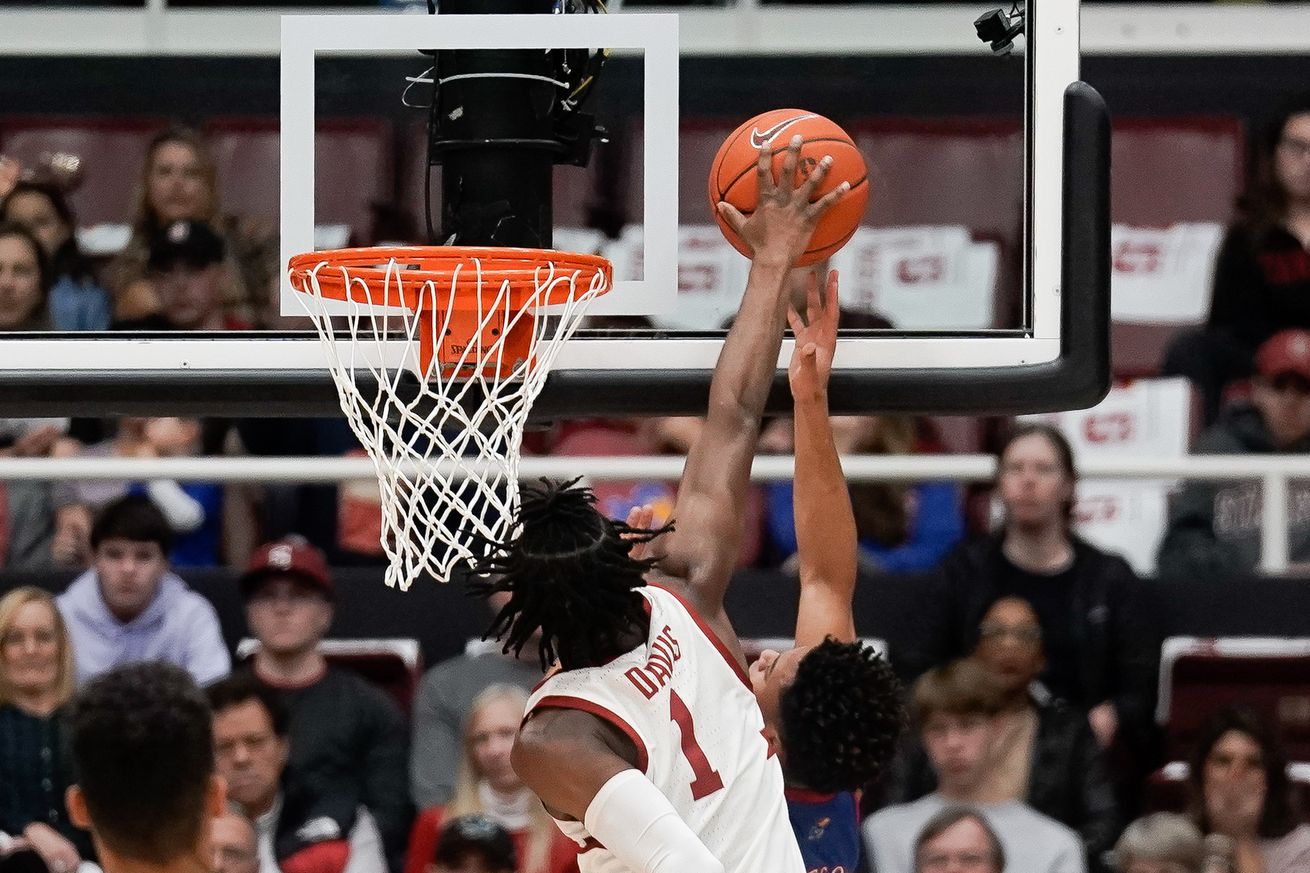 At this point, Jerod Haase barely blinks when asked about his team’s defensive prowess.

“Daejon [Davis] and Bryce [Wills] are as good of a tandem defensively as there is in college basketball,” said Haase, matter-of-factly. Cal’s top guards can certainly attest to that after tonight.

Matt Bradley and Kareem South entered the game leading the Golden Bears in scoring and shooting the ball at impressive clips. Thanks to Bryce, Daejon and friends, they combined to go 1-11 in the first half, and just 6-24 for the game. But that doesn’t even paint the full picture of how disruptive the defense was in this one.

Cal finished the night with 3 assists. No, that’s not a typo. Only one other power conference team (Pitt) has had that few in a game this season. Two of those three happened in the final seven minutes, when the game was out of reach. The Stanford defense also forced 18 turnovers, and turned Cal into an inefficient isolation team.

But as has often been the case, the Cardinal offense came out sluggish. They took nearly four minutes to make their first field goal, missing on their first 6 attempts. This came days after starting the Kansas contest with a 12 minute field goal drought. “It’s something that’s fixable,” said Haase. “I think we try too hard sometimes, and it’s counterproductive.” The Cardinal used an 11-0 run to take a 13-7 lead.

It was clear that Mark Fox wanted to take Tyrell Terry out of the game. The freshman guard entered as Stanford’s second leading scorer, and arguably its best playmaker. Cal threw a bevy of guards at him, face-guarding him 94 feet and doing their best to deny everything. They similarly over-played sharp-shooter Spencer Jones, and didn’t let him breathe on the perimeter. The two freshmen took just 3 shot attempts combined in the first period.

Of course, that opened things up for others, and Daejon Davis was more than happy to capitalize. “The way they were denying Ty, that meant one guy was out of the play,” said Davis. “If I get going downhill early, I can usually flip the switch and get to where I want to.”

He closed the half with a series of scores, but none bigger than the final one. After Cal traveled with some 18 seconds on the clock, Davis found his way into the teeth of the defense. He was swarmed by multiple help defenders, and found Jaiden Delaire all alone in the corner. The sophomore forward’s aim was true, and the three put Stanford up 32-21 at the break.

But Davis didn’t stop there. During one sequence, he bullied his way into the paint and converted an and-one over the Cal bigs. On the very next possession, he found Spencer Jones in the corner in semi-transition, and the freshman was money. Later in the half, he stole a skip pass and calmly led the break before dropping it off to Tyrell Terry for another three. The entire team got into the celebration, in an uncharacteristically demonstrative way. They led by as many as 21 before taking their foot off the gas.

“Coach has been pulling me aside in practice and giving me pointers, teaching me how to better read the offense that we run, and it’s helped a lot.” said Davis. Whatever Haase told him clicked. He finished the game with 20 points, 6 rebounds, 5 assists, and 3 steals.

For Cal, Grant Anticevich was the lone bright spot. The much improved junior forward had 16 points and 10 rebounds on 6-11 shooting. Matt Bradley finished with 13, though much of that came in the waning minutes.

On a night where expected Pac-12 contenders Oregon and Washington both slipped up, Stanford took care of business. That wasn’t lost on them, but they aren’t looking ahead just yet. “Right now it just feels good to be 1-0,” said Haase.

They aren’t in action again until next week, when the Washington schools come to Maples.