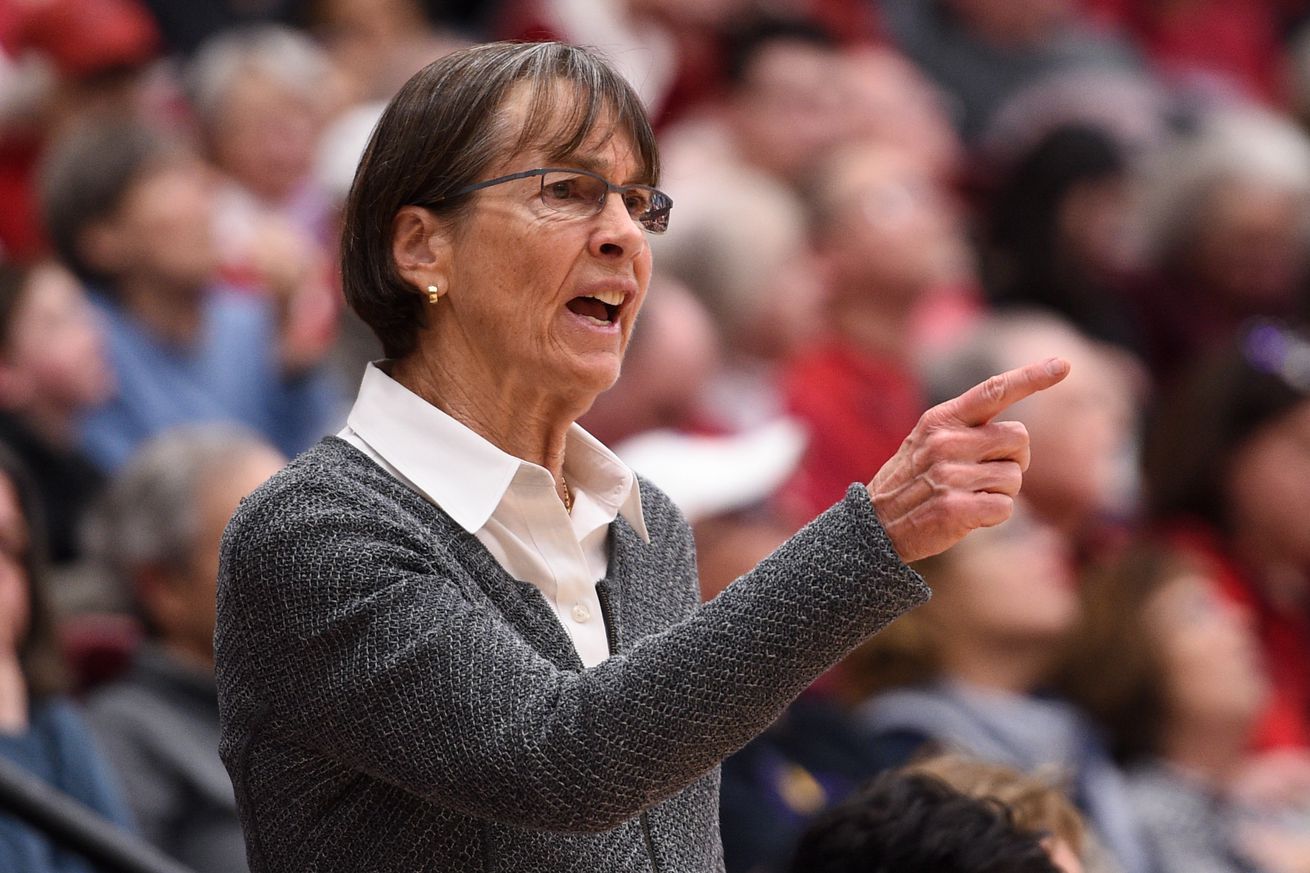 It will only take four wins this upcoming season but Tara VanDerveer is set to become the NCAA’s all-time leader in career coaching victories at some point in the 2020-21 season. That’s all it will take, just four wins.

It’s now just a matter of time and how many games does it take for her to eclipse the late, great Pat Summitt.

VanDerveer is entering the 2020-21 women’s college basketball season with 41 years in coaching, and 1,094 career victories as a head coach. She trails Summitt by just four wins as the latter went 1,098-208 over 38 seasons at the University of Tennessee.

Honestly, though, it shouldn’t have taken this long for her to reach the mark.

Had it not been for the coronavirus shutdown of the 2020 NCAA Women’s Basketball Tournament, it was highly likely that the Stanford Cardinal would have won those four games, maybe even a fifth, to set the new record during postseason play earlier this year.

Speaking with the NCAA’s digital platform, Coach VanDerveer spoke on how it was disappointing to not be able to finish the season last year. And of course, in true Tara form, she didn’t care for the records, but more for her student-athletes.

“It was really disappointing to not be able to continue our season last year,” she said. ”Not for any record, but for our players. Especially our seniors who didn’t get to go to the NCAA tournament … and our freshmen not having the experience of playing in the NCAA tournament, so I think that what was most disappointing. Honestly, I’m so thankful that we’re in the gym practicing that I haven’t even thought about games.”

Entering the 2020-21 season and while she needs just four wins to tie coach Summitt, Coach VanDerveer is fresh off becoming the first ever coach to reach the 500 conference wins mark in a single conference. The Cardinal finished tied for second last year and did ultimately lose to Oregon and star Sabrina Ionescu in the Pac-12 Championship game, but were also hurt by injuries a year ago.

This year, Stanford is pegged to win the conference in preseason polls and coach VanDerveer, still speaking with NCAA’s digital platform, spoke on the potential impact of Haley Jones, who missed the rest of the season after starting 13 games as a freshman.

“She’s back, she’s practicing and she looks better than ever,” VanDerveer said. ”We’re really counting on her to make her major contributions. Along with a lot of our returners. We really matured a lot, so I’m excited about that.”

With Jones back and the strong nucleus of stars returning, especially Kiana Williams and Lexie Hull, the former who is entering her final year at The Farm, coach VanDerveer also said she thinks this team has bought in for a lengthy run in 2021.

“We have a long, long way to go, but they’re embracing the grind,” she said. “They understand we were off basically all summer. We came back late in the fall. We’re playing catch up. I think they’re a confident group, but we know we have a lot of hard work to do. I think they’re buying into the work ethic, which is great.”

Outside of the Pac-12 schedule yet to be announced, the Cardinal have but three games scheduled right now and are set to have their first action, barring any setbacks due to COVID-19, against Cal Poly on November 25 at 11:00 am.

We’ll continue to watch this team over the next few weeks as we approach the special milestone for coach VanDerveer.

Or as we could call her, the GOAT.