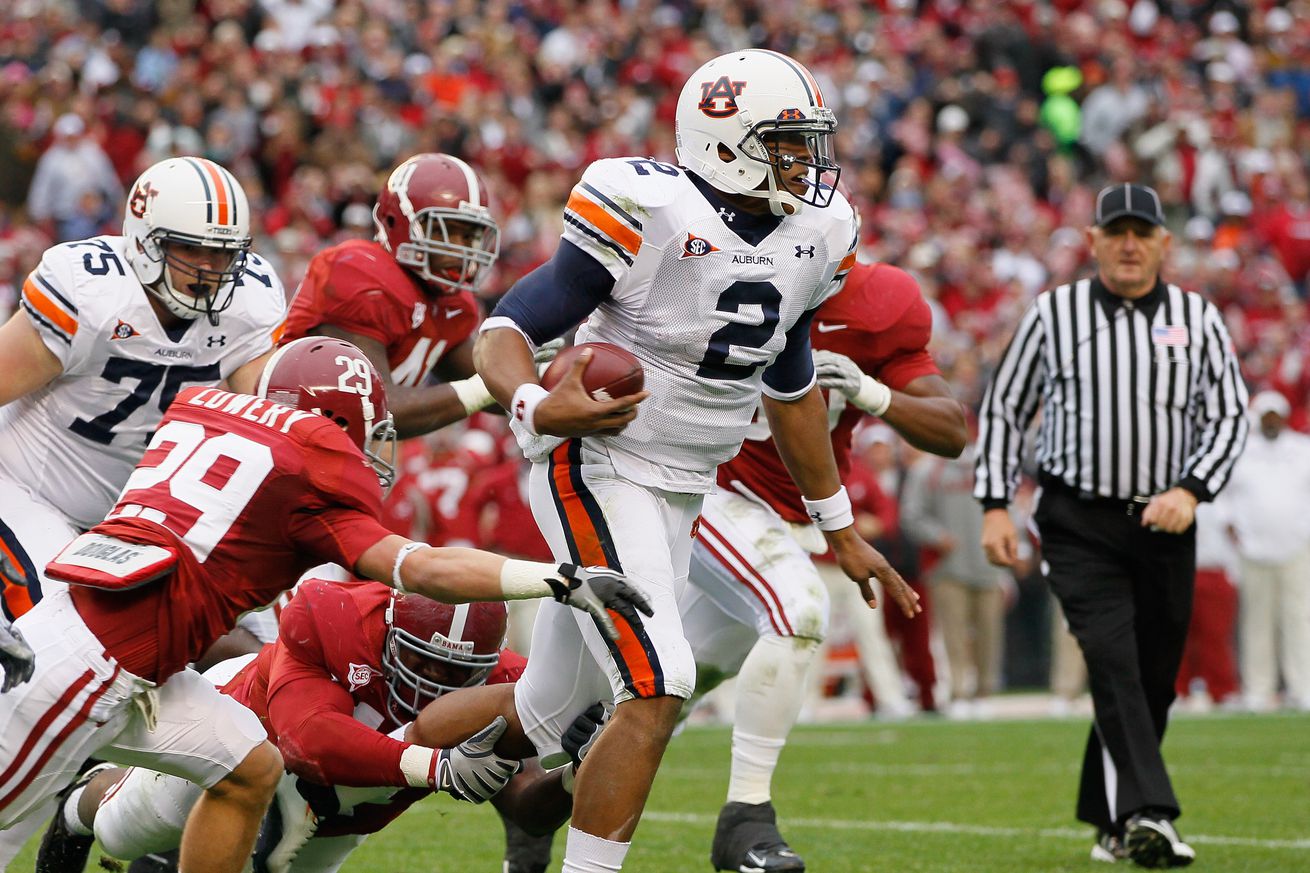 A walk down memory lane

In the spirit of Rivalry Week, we will look back on a few phenomenal games from hate week —

Finally, the week of football we have pined for since the genesis of the season is here: Rivalry week is upon us.

Hopefully, you survived Thanksgiving relatively unscathed, cleaning out the annoying family members to dive into disgusting amounts of football bliss. Gone is the aunt who won’t stop showing you pictures of kids you secretly find ugly. Out is the uncle way too concerned with your relationship status. Banned are the cousins that see your two legs and misinterpret them to be a jungle gym.

Now is the time to soak in ours of malice between fanbases breed to hate this week’s team more than any other in the country.

These are some memories, in honor of this sacred holiday.

2011 The Game – Denard Robinson beats up on Ohio State

It’s hard to remember it now, but at the time, the Michigan Wolverines were the dominant team in the Big Ten, the Ohio State Buckeyes barely floating at .500.

Michigan was 15th in the country, and quarterback Denard Robinson (aka “Shoelace” because he played without his cleats tied) was returning from a 210 campaign that finished with ranking sixth in the Heisman voting.

Shoelace and company were up against freshman quarterback Braxton Miller, who had passed for over 100 yards just once.

What should have been a blowout was an instant classic. Miller passed for a career-best 235 yards and collected three total touchdowns. Despite the freshman’s breakout game, the Buckeyes had no answer for Shoelace, who had 337 total yards and five touchdowns.

The Auburn Tigers joked everyone they played, leading up to the Iron Bowl. Thanks to the magic created by quarterback Cam Newton, the Tigers chopped up the SEC to the tune of 41.2 points per game.

The season led to a perfect run, a BCS Title and a Heisman for Newton (side note, going back and watching young Newton is a joyous exercise).

All that glamor is in the future, but not the far future. The Tigers had already been building a resume good enough to place such accolades on the horizon easily. And what better way to prove the Tigers are ready for all that glory than by taking down the defending champs, the gatekeepers, the Alabama Crimson Tide.

Alabama was returning some real stars (Julio Jones, Mark Ingram, Dre Kirkpatrick, Dont’a Hightower), and it showed early. The Tide entered 9-2, and a win over Auburn was the win needed to get back to the big dance. Bama leapt out to a 24-7 first-half lead, and the game immediately took on a big brother feel; the Auburn thing seemed cute, but champions were here.

Then the next 30 minutes happened, and what can only be described as incredible takes place. Newton tears through Bama’s defense, passing for three second-half scores and a win.

The Marcus Mariota led Oregon Ducks burned through the first eight weeks of the 2013 season, topping 55 points in six of those games and staying flawless for two months. But November hit the red hot Ducks like a bucket of cold water. Losses to the Stanford Cardinal and Arizona Wildcats showed that it was, in fact, possible to slow the offense down and dropped the Ducks to 9-2 before hate week.

The perfectly mediocre Oregon State Beavers entered the final week of the season 5-6 and on a four-game losing streak, during which the Beavers failed (checks notes) to top 20 points even once.

And yet, this group did something literally no one that season had been able to accomplish; play with Oregon in a shootout.

The Beavers are the only team to stay within a possession of the Ducks, while also allowing Oregon to score over 30 points.

And while the duo of quarterback Sean Mannion and wide receiver Brandin Cooks diced up the Ducks secondary, Mariota staved off disaster with a touchdown pass to Josh Huff at the 29-second mark.