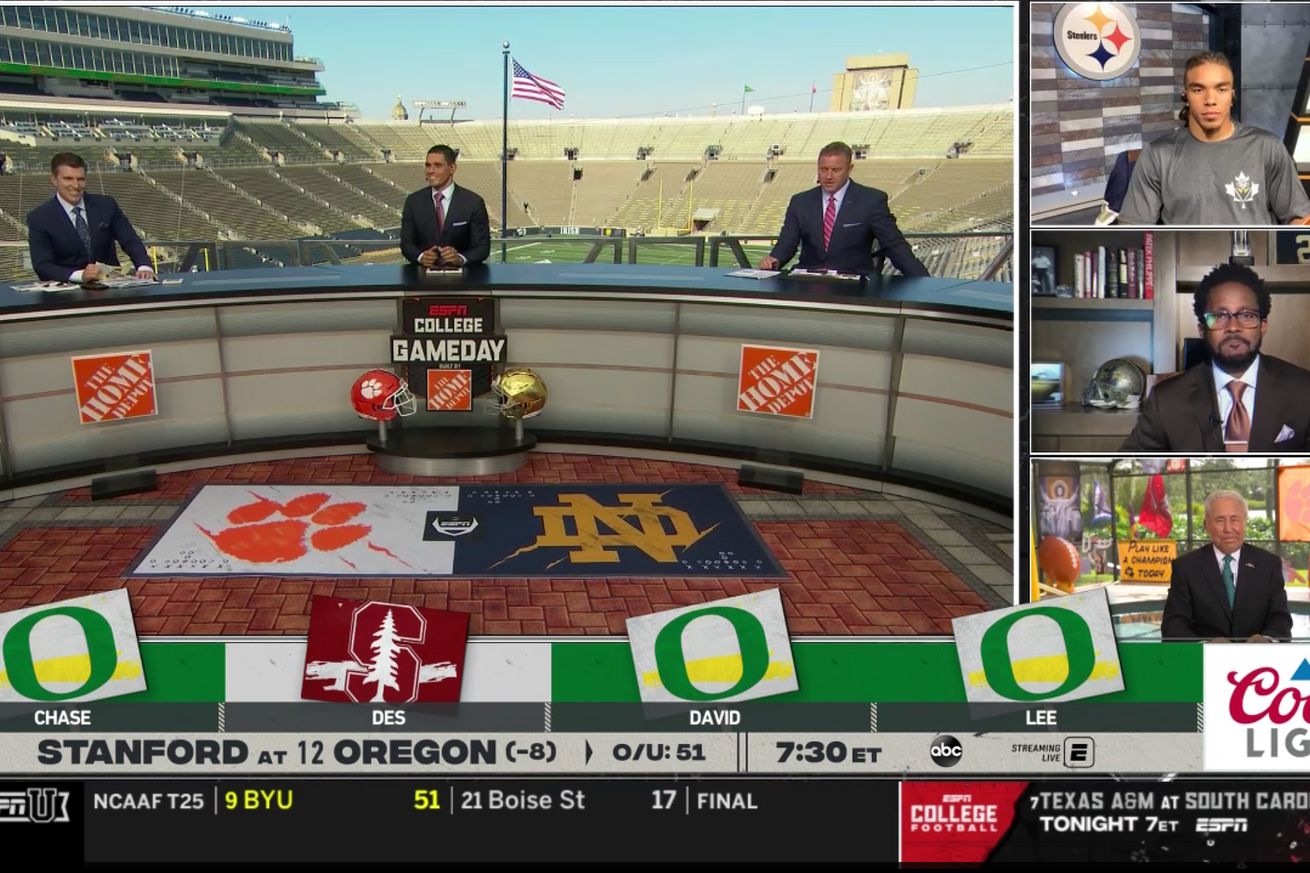 Your Stanford Cardinal take on the Oregon Ducks in Week 1 of the Pac-12 football season and there was plenty of talk about the Pac-12 from the national media. Included in that was our first look at ESPN’s College GameDay crew and their selections for the Stanford vs Oregon game.

And would you look at that — Desmond Howard is a fan of the Cardinal.

Important bit of news from the ESPN programming social accounts as well — the game will still air on ABC, ESPNEWS and the ESPN App but when President-Elect Joe Biden’s speech begins, the ABC broadcast will be interrupted.

The game will remain on ESPNEWS, however.

Programming Update: @StanfordFball at No. 12 @oregonfootball will begin at 7:30p ET on ABC, ESPNEWS, & ESPN App

Let this stand as your Week 1 Open Thread — let’s discuss what we’re seeing, what we like, what we don’t like, our first impressions, etc.

The Cardinal are back!