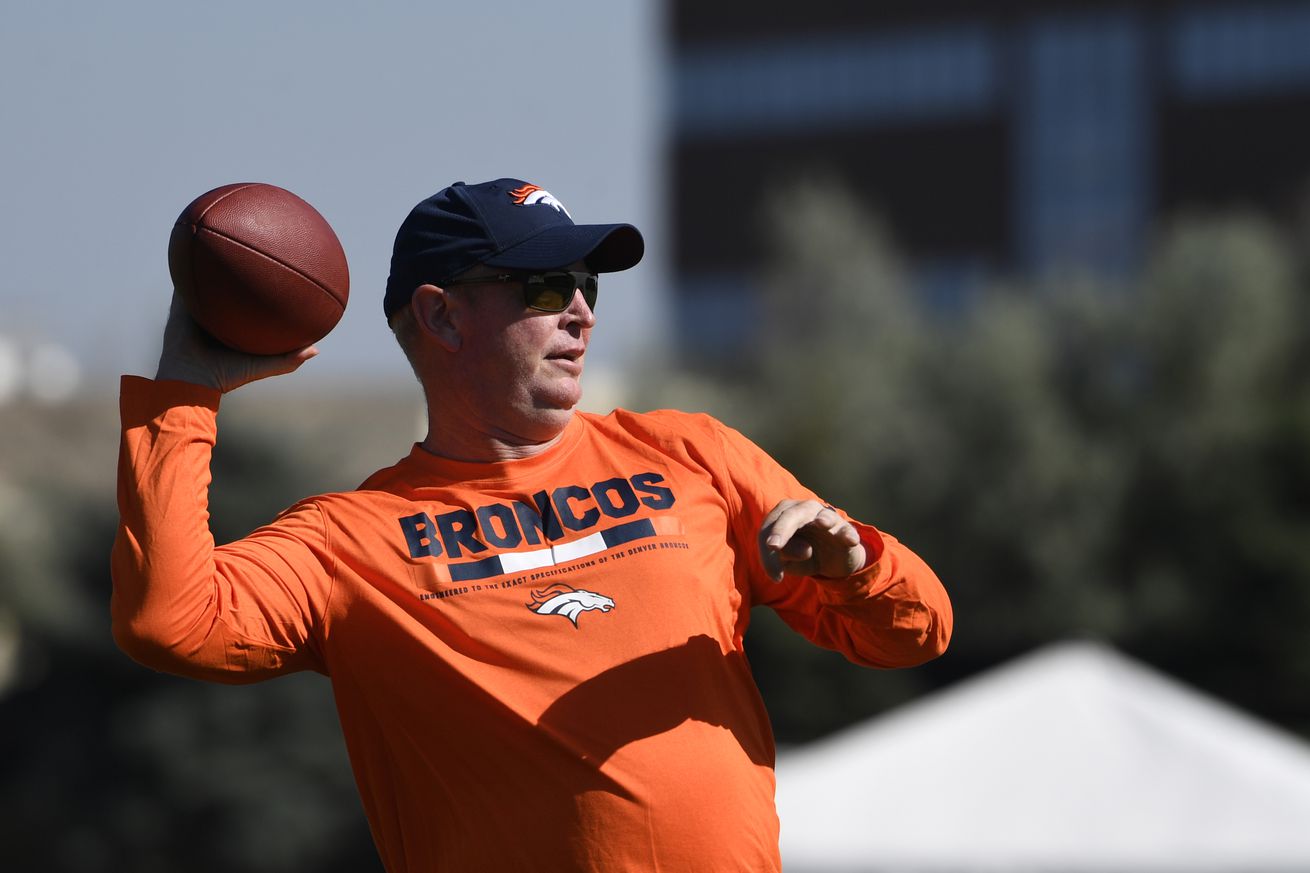 Cal has made it official. Bill Musgrave will be the next offensive coordinator of the California Golden Bears.

For those unfamilar with Musgrave’s body of work, he has been a long time NFL playcaller and quarterback coach at multiple stops. He has coached with the Broncos for two seasons, the Raiders on two different occasions, the Eagles in two different stints, the Vikings, the Falcons, the Rdskins the Jaguars and the Panthers. This will be Musgrave’s second college stint in two decades—he coached the Virginia Cavaliers at the start of the millenia.

There are definite concerns about Musgrave that come with hiring a pro-level offensive coordinator. How will he adapt to the college level? How will he recruit? How will he develop and adjust to coaching young talent?

But on the flip side, Musgrave has proven to have an impact on many of the quarterbacks he’s coached, like Derek Carr, Matt Ryan and Michael Vick. He did help develop Matt Schaub in Virginia into an NFL-level QB. You have to imagine this can only mean good things for the evolution of Chase Garbers as he transitions into the second half of his Cal career.

There’s a great opportunity ready for Musgrave, with an offense mostly returning. Can he seize it?

More from the official release from CalBears.com:

Cal head coach Justin Wilcox announced Friday that Bill Musgrave has agreed to become the Golden Bears’ offensive coordinator and quarterbacks coach. Musgrave has more than two decades of coaching experience in the NFL and collegiate ranks, including 13 seasons as an offensive coordinator. The long list of quarterbacks he has tutored includes Pro Bowlers Steve Beuerlein, Matt Ryan and Derek Carr.

”Bill Musgrave has a brilliant offensive mind and is one of top teachers of offensive football and quarterbacks,” Wilcox said. “Bill has incredible football knowledge and has been extremely versatile in the offensive systems he has run throughout his career, which is important. He also has a strong desire to coach again at the collegiate level, where he can help develop young football players at a formative stage of their careers. His competitiveness and humility stood out during the hiring process. Everyone that I talked to about Bill that I know and trust had tremendous things to say. He will be a great fit at Cal.”

”I am thrilled to join a Cal program that has exciting days ahead,” Musgrave said. “I want to continue building upon what has already been started, which on the offensive side of the ball is a young group that showed tremendous progress last season and was playing its best football at the end of the year. Coach Wilcox and his staff have done a tremendous job of creating an outstanding culture and environment that is focused on teaching football, and one of the most enjoyable and satisfying parts of this job is to be able to play a key role in the development of young players. There is a tremendous opportunity to do that right now at Cal, and I can’t wait to get started.”