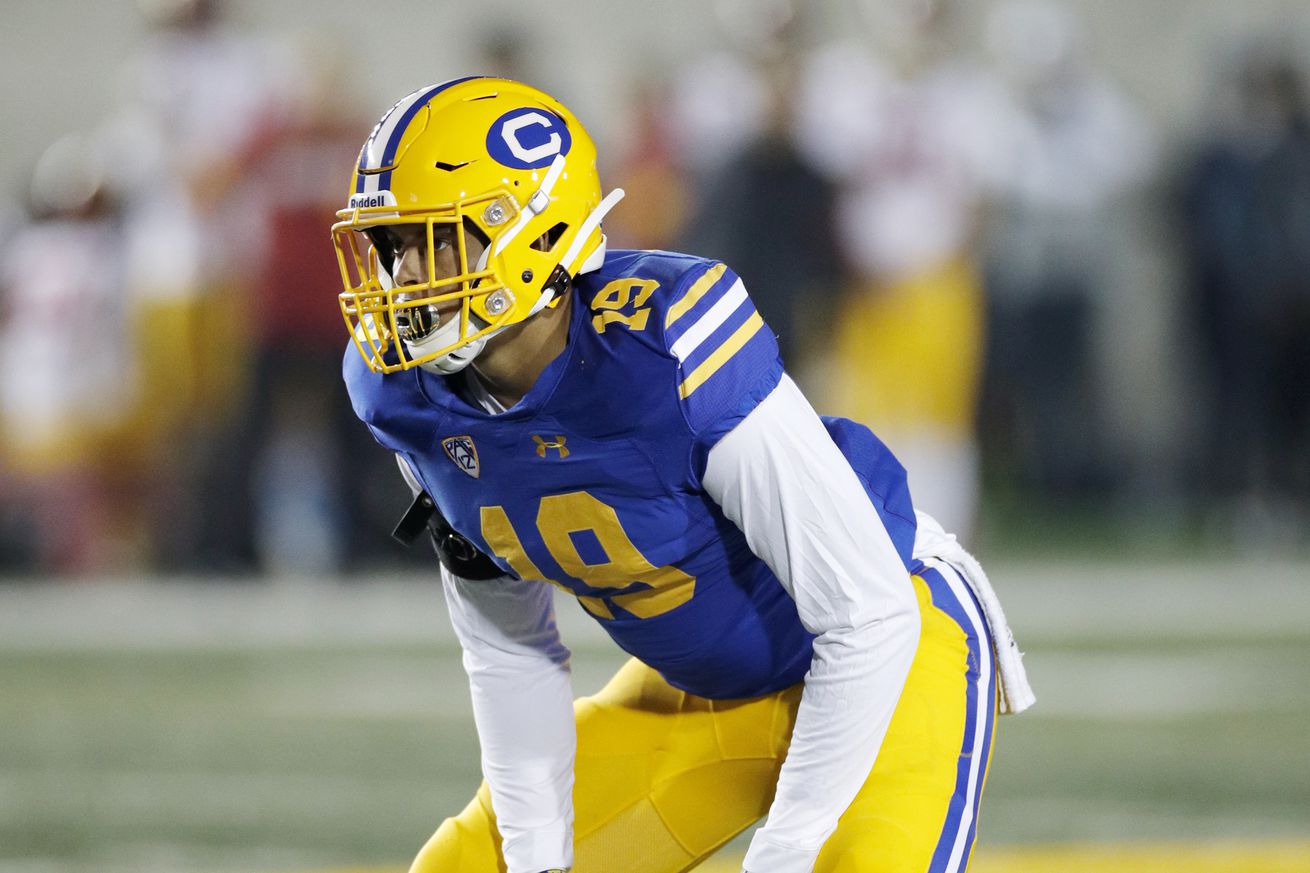 Ahead of the shortened season, the Cal Bears saw their star LB added to the prestigious watch list

California Golden Bears LB Cameron Goode was named to the 2020 Lott IMPACT Trophy Watch List this weekend, putting the nation on alert of his stellar ability on the football field.

The Lott IMPACT Trophy is given annually to the defensive college football player who causes the most IMPACT, an acronym standing for Integrity, Maturity, Performance, Academics, Community and Tenacity.

It is given annually by the Pacific Club IMPACT Foundation and was first given out in 2004.

Goode’s resume, to date, is as good as anyone else in the country on the list:

– Has played in and started 22 games all at outside linebacker and posted career totals of 106 tackles, 19.5 tackles for loss (-97 yards), 11.0 sacks (-71 yards), two interceptions that he has returned for 70 yards and a pair of touchdowns, five pass breakups, seven passes defended, two forced fumbles and six quarterback hurries

– An All-Pac-12 honorable mention selection of the league’s coaches as a 2019 junior when he recorded career highs of 12 games played and starts, 57 tackles, 14.0 tackles for loss (-76 yards), 9.5 sacks (-62 yards) and six quarterback hurries, while ranking second in the Pac-12 with his 1.21 tackles for loss per game and third in the conference with a per-game sack average of 0.79

The IMPACT Foundation also announced changes to the award ceremony for this season, noting that they have a new date for the trophy ceremony on February 21, 2021. The number of finalists will also increase from four to six and will consist of a player from each of the Power-5 conferences and one at-large candidate.

The winners will be announced on February 21, at an event emceed by Joel Klatt and the winner will receive a $25,000 general scholarship fund for his school.