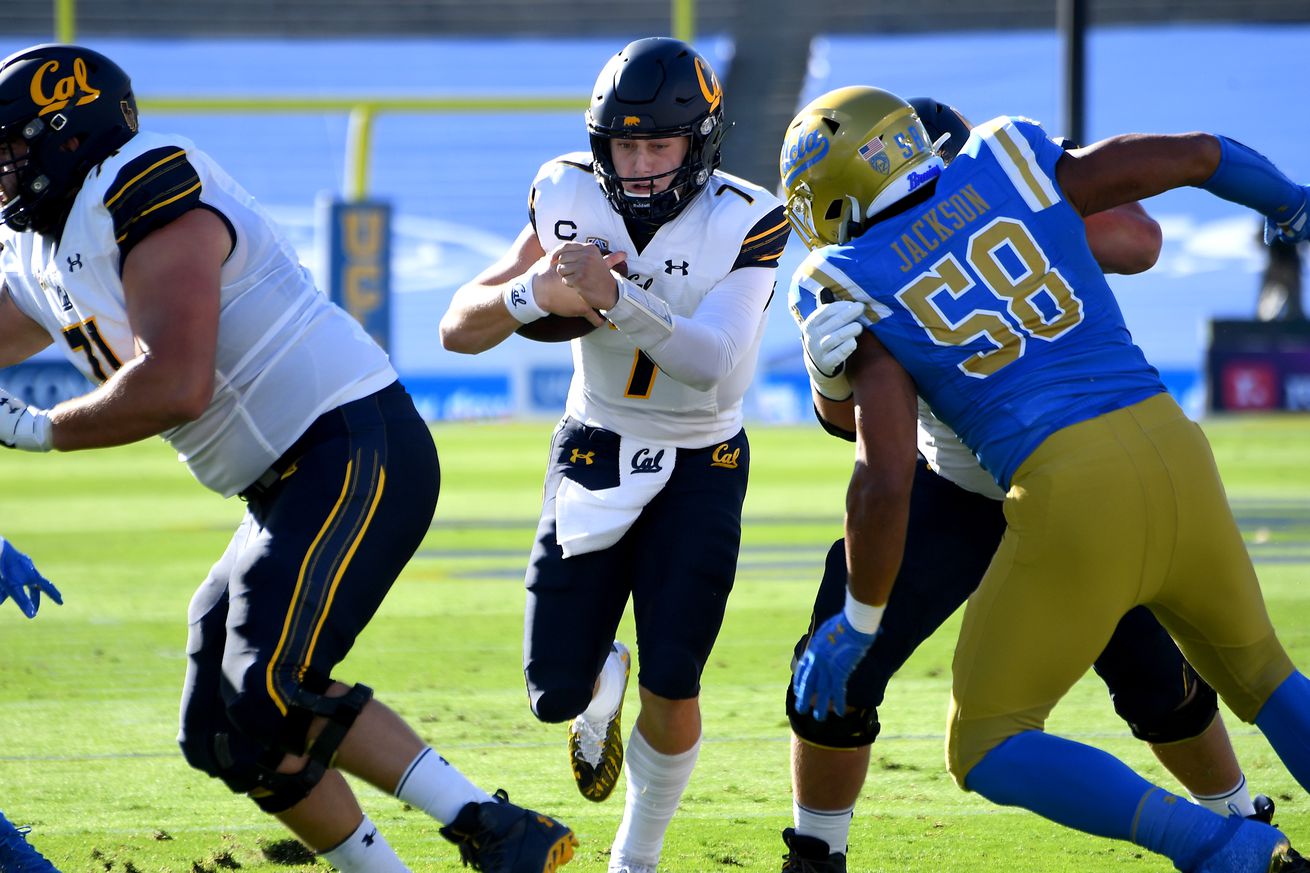 The California Golden Bears dropped their season-opening game against the UCLA Bruins in disappoint fashion, falling to their Pac-12 South rival, 34-10.

Save for one offensive drive and an interception early in the game, the Cal Bears looked completely out of sync and sluggish in all facets.

The game opened with some promise for the Bears, holding the Bruins to a three-and-out before blocking their punt attempt and recovering inside the red zone. However, the red-zone possession that began at the 17-yard line was stymied and Cal gained just three yards on six plays when it was all said and done, settling for a field goal.

Then there was an interception on UCLA’s second possession of the game on an impressive play by CB Camryn Bynum, showcasing his ball skills on a tipped pass. Bynum returned it 20 yards and held the total yardage lead in all-purpose yards for some time in the process.

Cal was unable to move the ball on the ensuing possession and left all momentum on the table after allowing UCLA to march 15 plays and 82 yards to take the lead on their next drive. Cal let the Bruins get in on a fourth-down conversion at the two as well, really sucking the winds out of their sails.

After another punt and another long drive surrendered, Cal looked to turn the game around with a touchdown drive of their own that ended with QB Chase Garbers rushing in almost untouched to the end zone to decrease UCLA’s lead to just 14-10. But that’s all the points Cal could muster.

They allowed two more UCLA touchdowns before the half and for just the sixth time in UCLA head coach Chip Kelly’s three-year career at UCLA, the Bruins went into halftime with a lead.

The second half was more of the same as it continually seemed like anytime the Bears got any sort of momentum, there was a penalty or dropped pass, an interception or a shut down third-down attempt.

They were outgained 440-176 in total yards including 244 to just 54 yards on the ground. UCLA was able to gain a first down on nearly half their third downs, finishing 7-15 and 2-4 on fourth down.

Garbers finished the game 18-33 for just 122 yards and an interception while RB Christopher Brown ran the ball eight times for 25 yards but was held to just a long of nine yards on the ground. Garbers ran a team-high 11 times for just six yards, adjusting for sack yards.

The team was handled in the trenches and there was very little to write home about in this one.

The Cal Bears are back in action on what now becomes a short week with a Saturday, November 21 meeting with Oregon State in Corvalis at 12:30 pm.