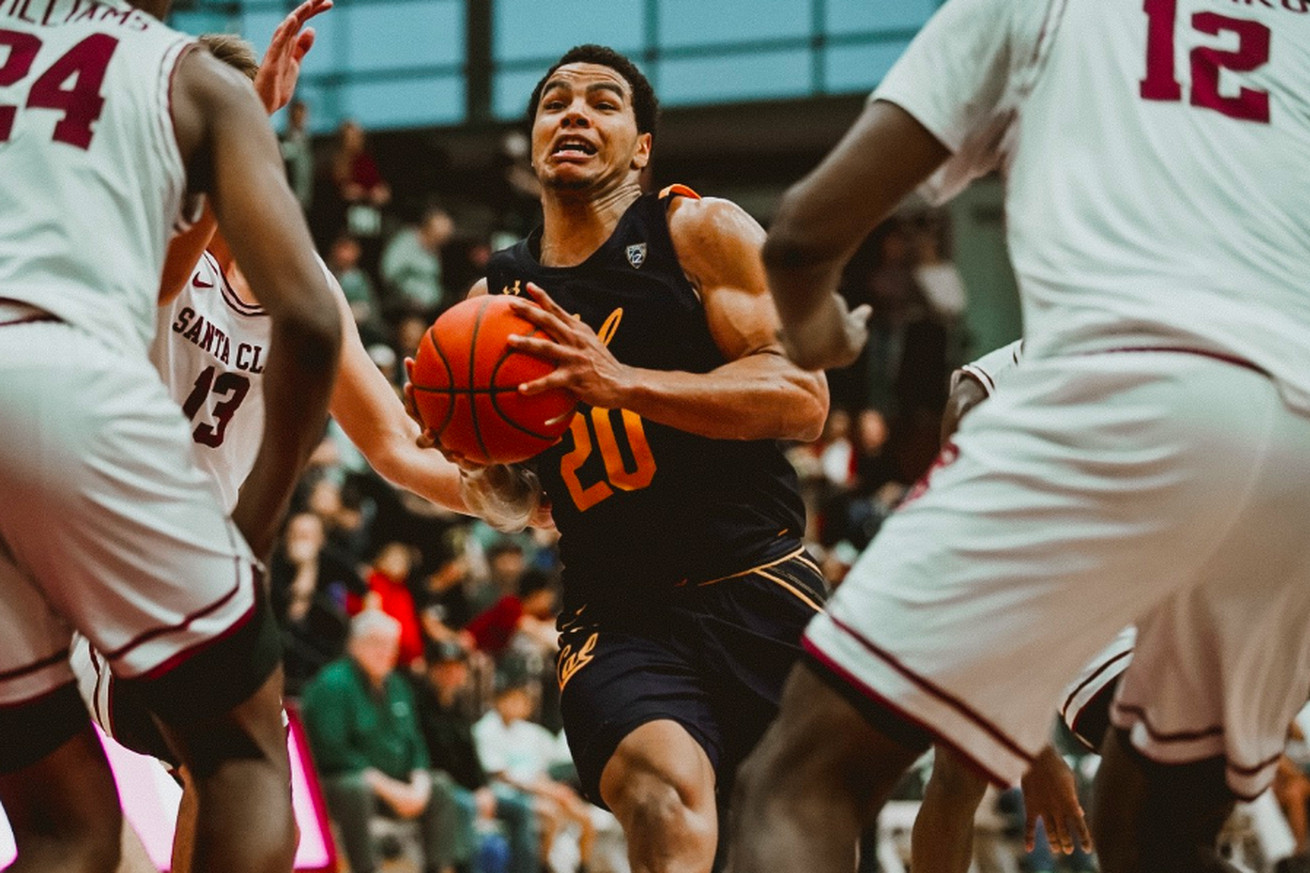 I always enjoy watching basketball games down in Santa Clara. It was a nice drive down 280 from San Francisco, before the rain really hit in the afternoon, and I’ve got a new Honda Civic SI which I had fun unwinding a little bit. Parking is quick and painless — the Leavey Center only holds 4,500, so traffic is never much of a problem and it’s easy to find free street parking. Inside the arena, concessions are affordable ($3 for a soda now rates as dirt cheap in sports venues) and lines are short. Most of all, it’s just fun to be there…because the small, open feel of the gym means there are great sightlines throughout and you can hear every whisper from across the court.

I just wasted 125 words on my appreciation for Santa Clara’s basketball venue, because the game itself was miserable, and I don’t have a lot to say that I didn’t already (start to) say in my last recap. When the Bears lost to Texas on November 22, it was their third poor offensive effort in a row, and I began to develop some concern that the historic limitations of Mark Fox — an inability to coach efficient, dynamic offense — continue to be a problem here at Cal.

Whelp. Three games later, and it may be time to start facing reality.

Against UC Davis, the worst team on the schedule this year, the Bears eked out a close win, and at first blush their 1.11 points per possession might seem reasonably good. Until you consider the fact that such not-so-powerhouse teams like Loyola Chicago, Portland, and Northern Arizona have performed better offensively versus the Aggies. Then came the most recent two game road stretch. On Wednesday at USF, the Bears managed only .93 ppp against the Dons.

And today. Oh my goodness, today. .71 points per possession against the 120th ranked defense in the nation. I literally (no, I mean this) fell asleep for a minute in the second half watching us try to generate some semblance of coherent offense. We’ve seemingly seen all we’ve got in the bag in the last three weeks: initiating from the high post, dump downs to the low post, high ball screens, curls for 19 foot long twos. What passed for sound, fundamental offense 15 years ago, but is now stale, unimaginative, and most importantly, ineffective. In this stretch of six straight games of poor basketball, Cal’s points per possession:

A stretch of miserable, ineffective schematics and execution that may presage an inability to be competitive against decent competition. And more importantly for someone who decided to spend time and money on a Saturday to drive down to Santa Clara — completely unwatchable.

The Bears defense is also a work in progress. But at least on that side of the ball, you can see improvement from the complete lack of fundamentals that plagued 2018-19. There are stretches where the glimmers of hope are clear. From the under 4:00 TV timeout in the first half, until 5 minutes into the second half, a stretch of almost 8 minutes of basketball, the Bears allowed Santa Clara to make only one field goal. The defense during that 8 minutes was everything you expect out of a Mark Fox team: energetic, dynamic, pesky, tough, in position, suffocating. Again, a glimmer of what we can probably expect to see much more of in the future, because we have seen it for decades from Fox coached teams.

That level of defense, if and when the Bears learn to play it more consistently, will likely keep them in games like this one. But what may keep them from winning such games is the other side of the ball. You will not beat anyone with the offense we showed the Broncos today. The result?

I think I’m supposed to write about individual player performances here, but today I don’t think there’s much point. This was a team loss through and through. Everyone contributed to the offensive disaster. Nobody looked good out there.

Four games remain in the non-conference schedule before the start of the Pac-12 season: Fresno State, St. Mary’s, Boston College, Harvard. All credible basketball teams. All opportunities to improve. We knew when we fired the coach who developed the worst teams in program history, that it would take time to come back from the depths. There are four more games to see how much we’ve dug ourselves out before we face conference opponents. To see if this team has any pulse offensively. To see whether we’re going fight our way out of the bottom of the Pac-12.

Stay tuned. If you can stay awake.