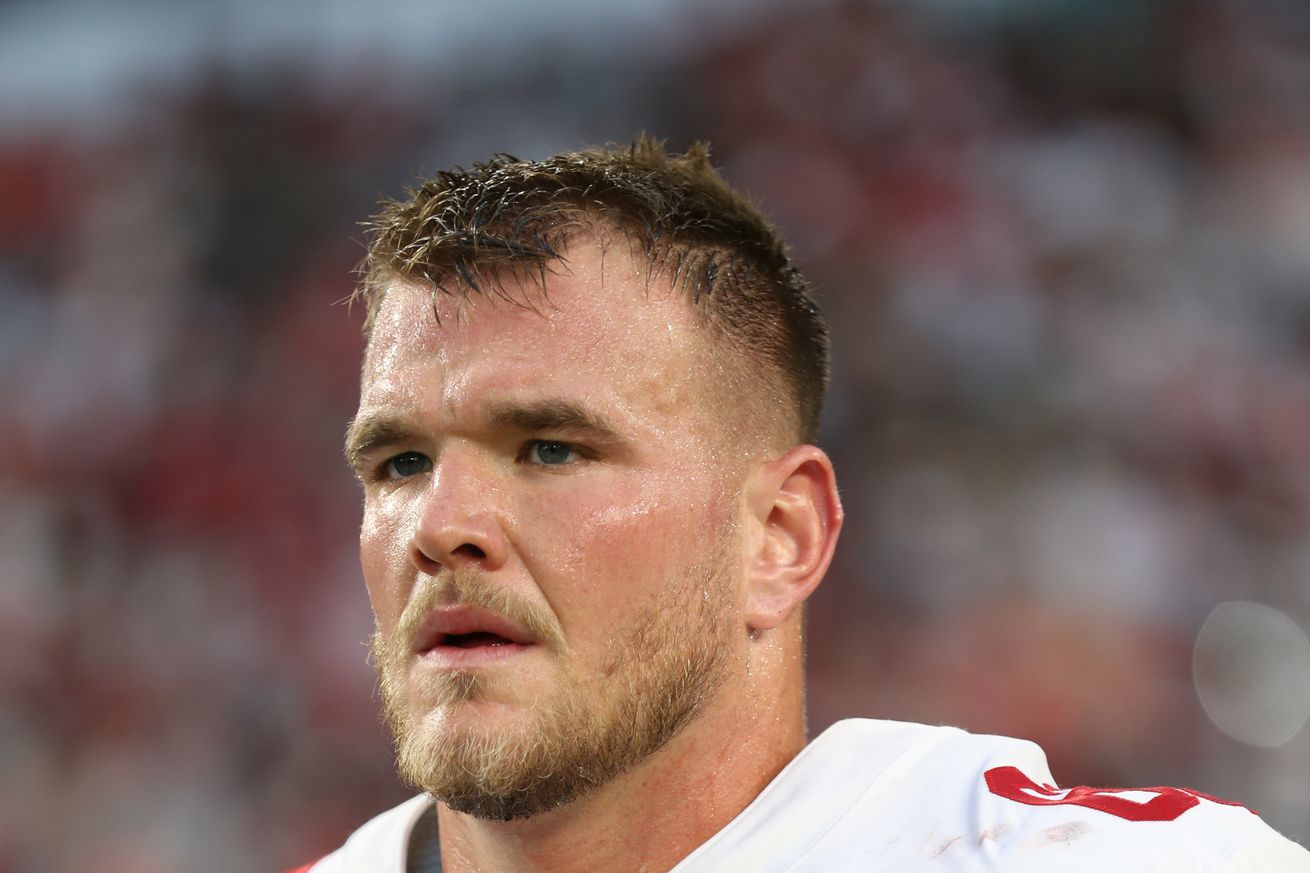 Breaking down the 90 players on the 49ers offseason roster in 90 posts (over 90 or so days). Today is OT Mike McGlinchey

The season didn’t start so hot for San Francisco 49ers right tackle Mike McGlinchey, who committed two penalties in the first game, had four blown blocks in each of the first two games, then, Week 3 was a disaster. T.J. Watt worked over McGlinchey pretty good. The Niners’ right tackle was beaten 12(!) times in Week 3 against the Steelers. Something had to be up, and sure enough, McGlinchey would miss Weeks 6-9 after having his knee scoped.

McGlinchey struggled in his first two games back from injury, especially against the Cardinals and Chandler Jones Week 11. Still, after that, he started to look like the player the 49ers hoped they were getting when the team selected McGlinchey in the top-10 of the 2018 NFL Draft. McGlinchey was dominant against the Ravens and kept that momentum rolling for the rest of the regular season. He did struggle in the playoffs against some quality pass rushers, and that’s where Mike must improve in 2020.

McGlinchey is entering the third year of his rookie contract. His cap number for 2020 will be just over five million. McGlinchey’s $18.3 million contract is fully guaranteed.

McGlinchey needs to put it all together. Entering his third season, it’s time for consistency. We should know the player we are getting on a weekly basis, no matter who the opponent is. That should be Mike’s challenge heading into the season. That, and continued improvement in pass protection. The first game of the season, McGlinchey had zero issues with Shaq Barrett, who would prove to be one of the better pass rushers he’d see all season. The second time around, Jadevon Clowney didn’t do anything against McGlinchey. We need 16 games of consistency from McGlinchey in 2020.

McGlinchey has improved each season, and it’s safe to assume that it will continue in 2020 with two seasons under his belt. McGlinchey will take a step back if he’s not on the field. It’s hard for a lineman, or any player for that matter, to find consistency if they’re battling injuries and struggling to stay on the field. Athletically, McGlinchey is gifted. He’s always been an above-average run blocker. He may never be a dominant right tackle, but asking for consistency is fair.