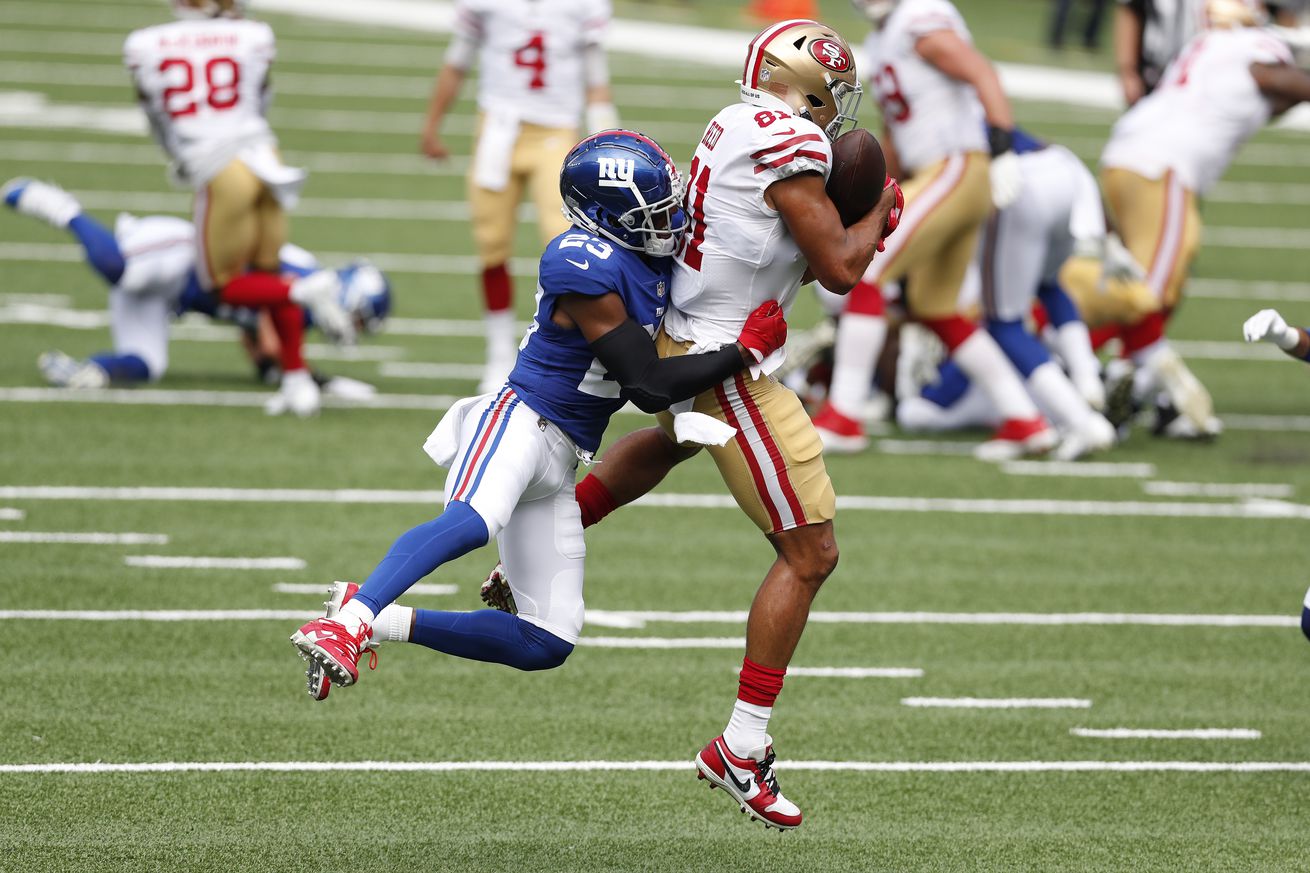 This roster is going to look….different

The San Francisco 49ers plan to activate tight end Jordan Reed off injured reserve for tonight’s game against the Green Bay Packers, per NFL Network’s Ian Rapoport. Reed has been out since he went down with an injury against the Jets in early October. The question remains to be seen whether Reed will be on a limited snap count, but with all of the injuries the Niners have suffered, it’s difficult to imagine Reed not playing the bulk of the snaps.

The Packers are hopeful star running back Aaron Jones would play Thursday night. That’d be a significant boost for Green Bay’s offense. Wide receiver Allen Lazard was not activated, which is good news for the Niners. They also didn’t activate LB Christian Kirksey. Green Bay elevated four players from the practice squad.

The 49ers had until 1 p.m. PT to promote any wide receiver or running back from the practice squad. The 49ers elevated tight end Daniel Helm, safety Johnathan Cyprien, running back Austin Walter, wide receivers Kevin White and River Cracraft, and OL Tony Bergstrom. Preseason Week 4, anyone?

Chase Claypool says he has a friend on the 49ers who told him they still wear full pads on Thursdays, and the Steelers haven’t done that since training camp. He said it’s really helpful to have a coach who understands the wear and tear of the season on the body and helps players.