The 49ers beat the Vikings on Sunday but saw two key players leave the game because of injury. Wide receiver Deebo Samuel and linebacker Fred Warner both exited Sunday’s game early without returning, but head coach Kyle Shanahan didn’t have an update immediately after the game. Both players will require MRIs.

Samuel went down after a carry in the third quarter. It looked like he slipped down right as he was getting hit, then stayed on the ground for a few minutes while being attended to by trainers. Eventually, he walked off the field under his own power and walked slowly to the medical tent for evaluation. Shanahan couldn’t venture a guess at the severity of the injury in his post-game press conference.

“We have no idea what it’s going to be like,” Shanahan said. “I don’t think it’s as bad as you worry. We’re hoping it’s a low strain. He feels that it might be, he felt it, which that’s what happened to Deebo on the first play of the game versus Washington last year … That’s why I knew right away on the first step of that, that something was there, but by the time that he got to the sidelines, you feel like you saved a real bad injury.”

There was no additional update on Warner he left in the third quarter with a hamstring issue. Warner spent the duration of the game on the sideline with a helmet on and was never officially ruled out.

Shanahan will likely have updates Monday afternoon when he speaks to reporters.

Observations from 49ers 34-26 win over Vikings 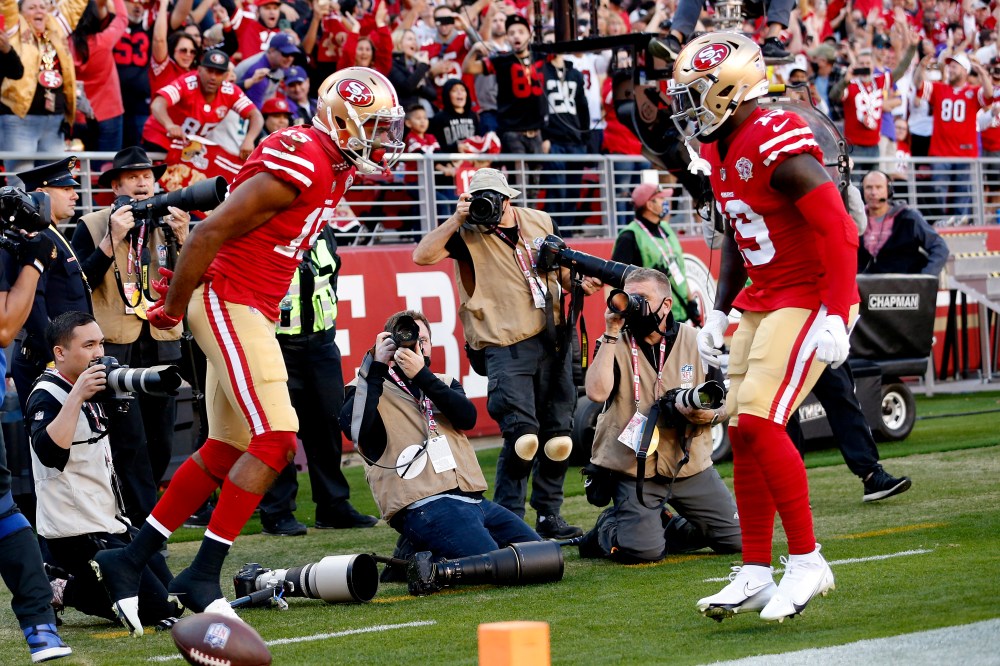