The 49ers aren’t quite in the top 10 of the 2021 draft yet, but they’re getting closer. Sunday’s loss to the Saints helped slide them up three spots to No. 12 in the updated NFL draft order.

Here’s what the top 15 picks look like after Week 10 action:

The Giants, Panthers, Falcons and Broncos are all sitting at three wins, so San Francisco could conceivably climb as high as No. 8 with a couple more losses.

Of course, there’s an equally likely scenario where the 49ers find themselves falling further down the board. They have a Bye in Week 11, and could be significantly healthier going into a Week 12 matchup vs. the Rams.

If they knock off the Rams and stay relatively healthy, suddenly they look a lot more dangerous going into a Week 13 showdown with the Bills and their draft status goes on the back burner while they dive into the thick of the playoff chase.

Still, the draft order will be worth keeping an eye on with San Francisco idle in Week 11. 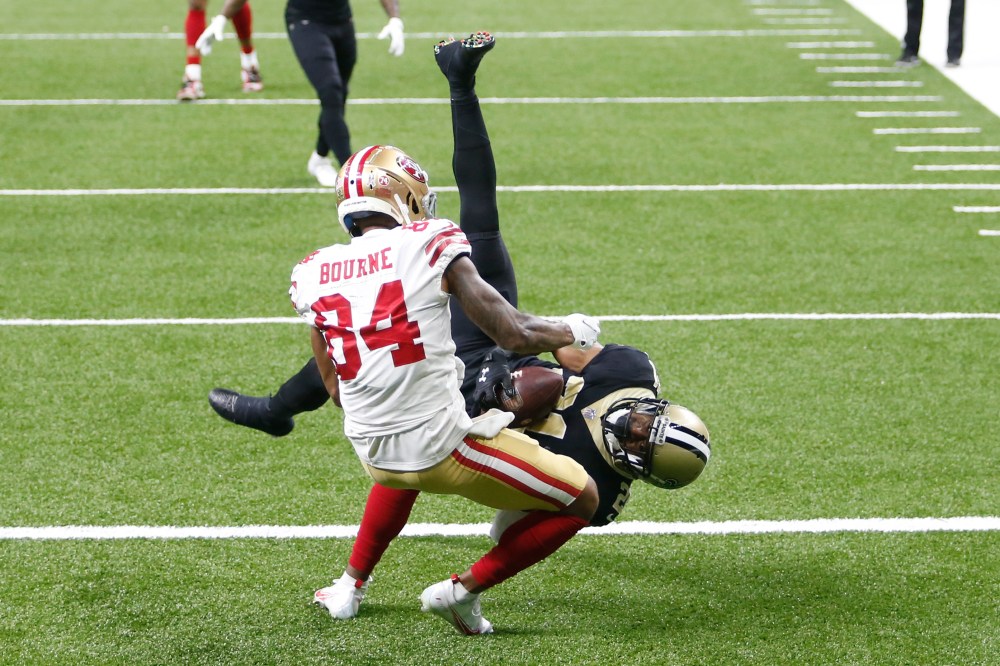