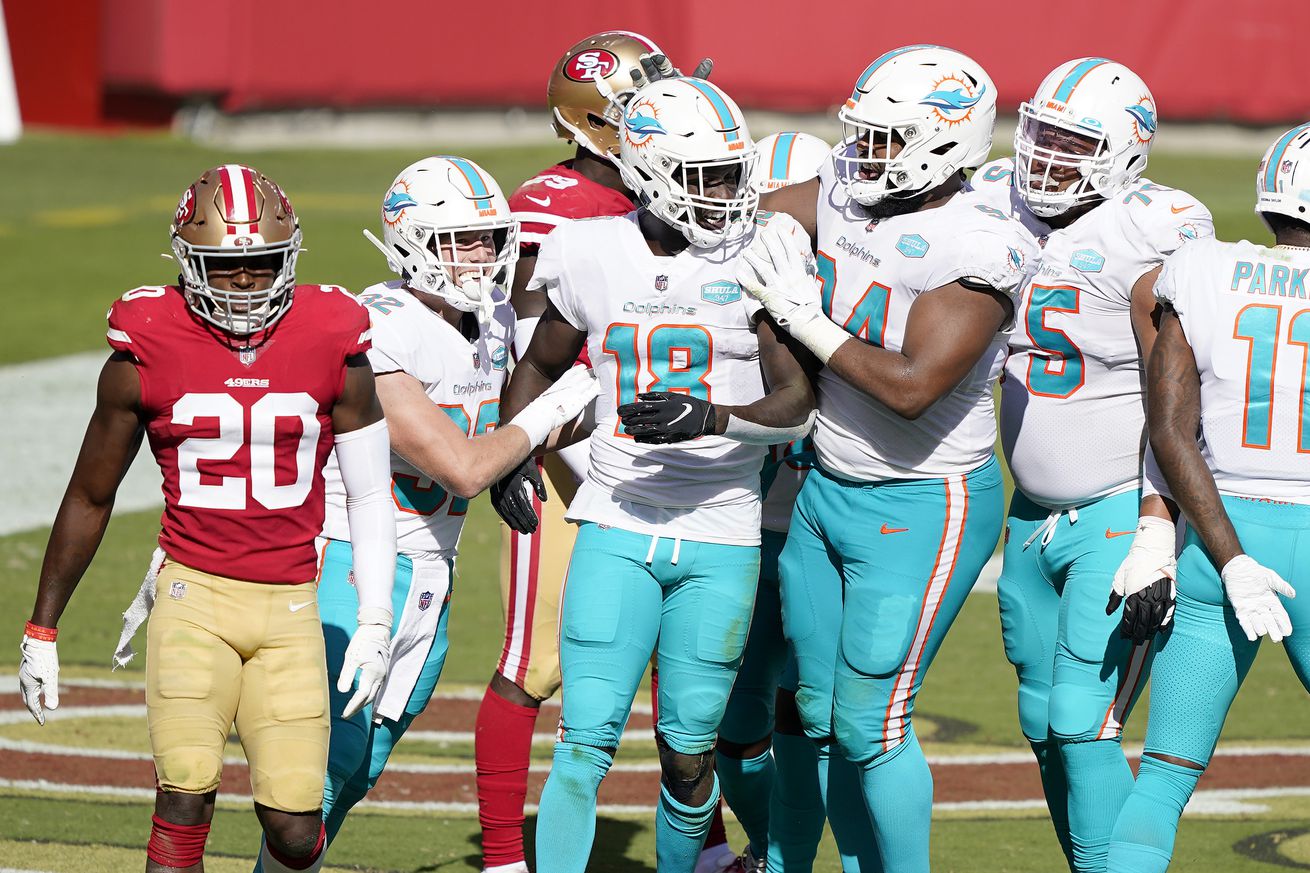 Ward strained his quad during Thursday’s practice. No sign of Tartt at practice on Friday, which means it’s unlikely he’ll play Sunday. Trent Williams is good to go.

The San Francisco 49ers finished their walkthrough for Friday’s practice On KNBR Friday morning, Kyle Shanahan said barring any setback during Friday’s practice, left tackle Trent Williams would play on Sunday. Williams didn’t practice on Wednesday, but he did on Friday for the second day in a row. Jaquiski Tartt was not on-hand at practice. The Niners starting safety didn’t suit up all week, which means Marcell Harris will start. I’m curious if we see Jonathan Cyprien or Tarvarius Moore play any snaps, though New England may not have four wide receivers to spread San Francisco out.

ESPN’s Nick Wagoner tweeted that K’Waun Williams, Tevin Coleman, and Ronald Blair were all working on the side of the field during the open portion of practice. Williams is reportedly eyeing a return in Week 8 against the Seahawks. The big surprise came when Wagoner and Sacramento Bee’s Chris Biderman reported that Dee Ford, who has been dealing with a neck and a back injury, was pushing the sled on the side of the field. Ford hasn’t played since Week 1. Shanahan said earlier this week that the team is hopeful to get Ford back around or after the bye week, which isn’t for another month, on November 29.

The real bombshell came when Shanahan said safety Jimmie Ward strained his quad during Thursday’s practice. So, it’s safe to say Moore will see snaps after all. Shanahan wouldn’t commit to who would start, but Moore is the most likely candidate. With Ward’s injury, Shanahan said it also could affect who is called up from the practice squad this week. He noted that Wilson Jr. only practiced for about ten plays on Friday. The 49ers have until 1 p.m. PT on Saturday to decide who to elevate from the practice squad. The team could be forced to promote UDFA Jared Mayden.