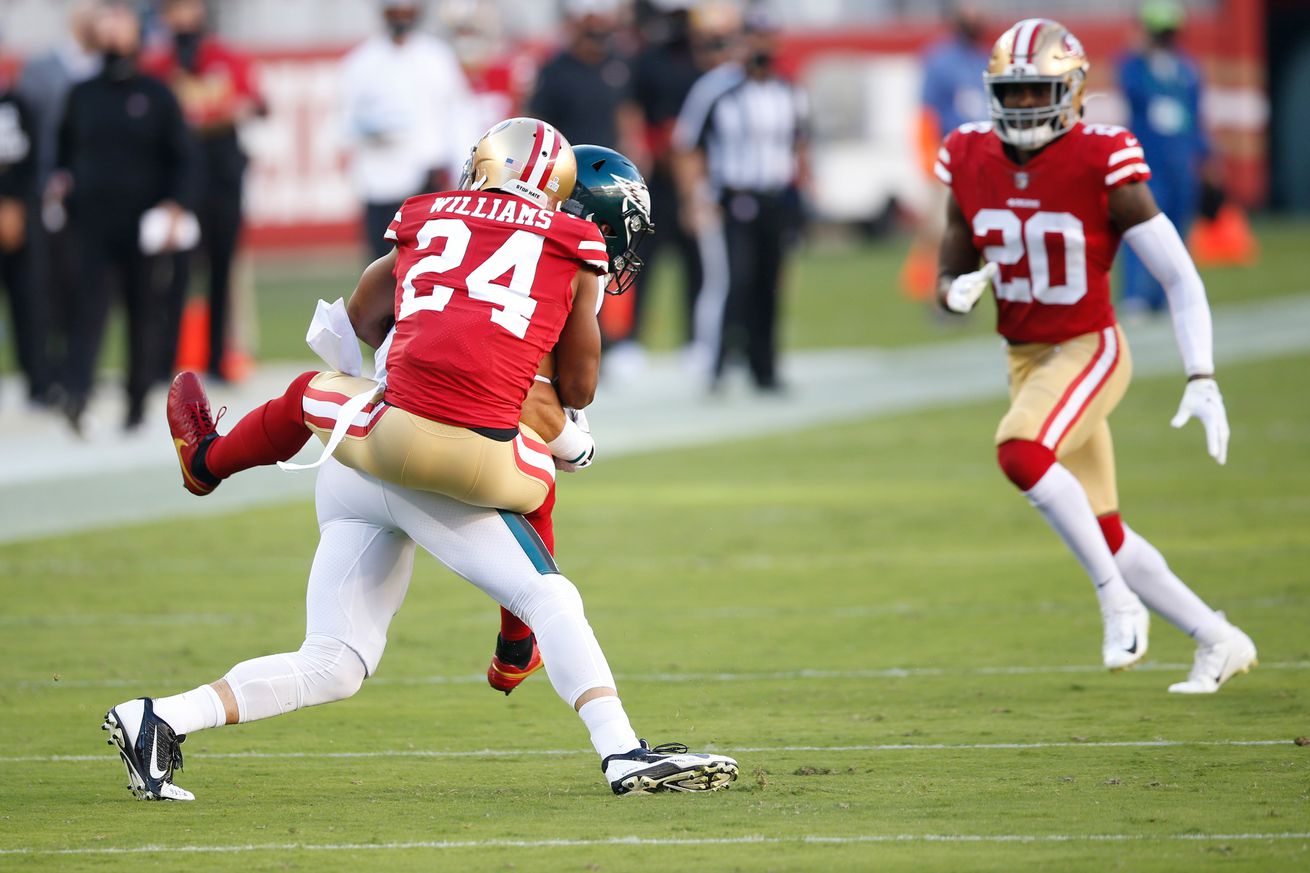 San Francisco 49ers cornerback K’Waun Williams left the game with an ankle injury and did not return. The Athletic’s Matt Barrows tweeted that Williams is dealing with a high-ankle sprain, and he’s likely to miss Week 10’s matchup against the Saints. Injuries and this team, man. It seems like a critical starter deals with a severe injury every game.

Jamar Taylor stepped in admirably for Williams. The long reception that he gave up was better offense by Aaron Rodgers and Devante Adams than anything. Taylor will likely be the starting nickel cornerback moving forward. The decision to have Taylor active over Ahkello Witherspoon paid off. I wonder if the 49ers knew coming in that Williams was banged up.

Jaquiski Tartt was ruled out with a foot injury. He did not return to the game. He previously missed time with a groin injury. Tartt had a severe limp on his way off the field. The Packers took advantage of when he was out of the game.

D.J. Jones said Shanahan’s message to the team after the game was “Heal up.” Shanahan seemed relieved after the game knowing the 49ers have one game in 24 days. He hopes the rest will help, the team will recover, both mentally and physically, and the team can make a run in the second half. From his words, he believes that the Niners can still make the playoffs.