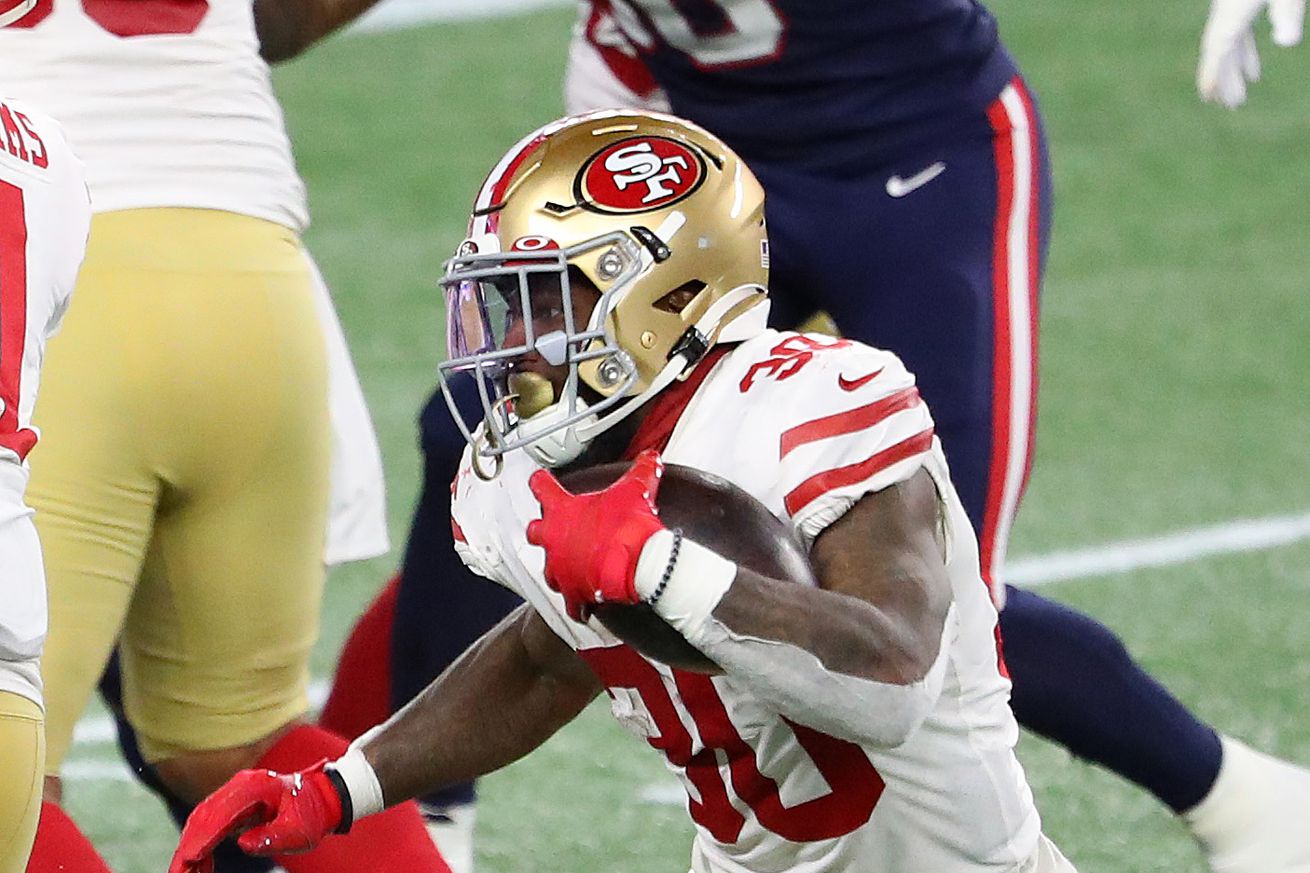 Samuel has a hamstring injury. Richie James also has an injury.

Shanahan fears that running back Jeff Wilson Jr. has a high-ankle sprain. That’s a tough loss. Wilson Jr. looked as good as I’ve ever seen him on Sunday. He’s always been a decisive runner that gets north and south, but he was breaking tackles left and right against the Patriots. Wilson ran hard.

The blow comes as the 49ers don’t have a true “every down” back with Wilson and Raheem Mostert out. Last week, Shanahan said the team has to be cautious with Jerick McKinnon moving forward and not give him too many touches, so he stays fresh. That’s why we didn’t see a lot of Jet today. ESPN’s Jeremey Fowler said that the X-Rays came back negative for Wilson, and there is no significant damage.

Richie James has an ankle injury, per Shanahan. There were no other updates on him. As for Deebo Samuel, he has a hamstring strain. We’ll know more about both injuries on Monday when Shanahan speaks.