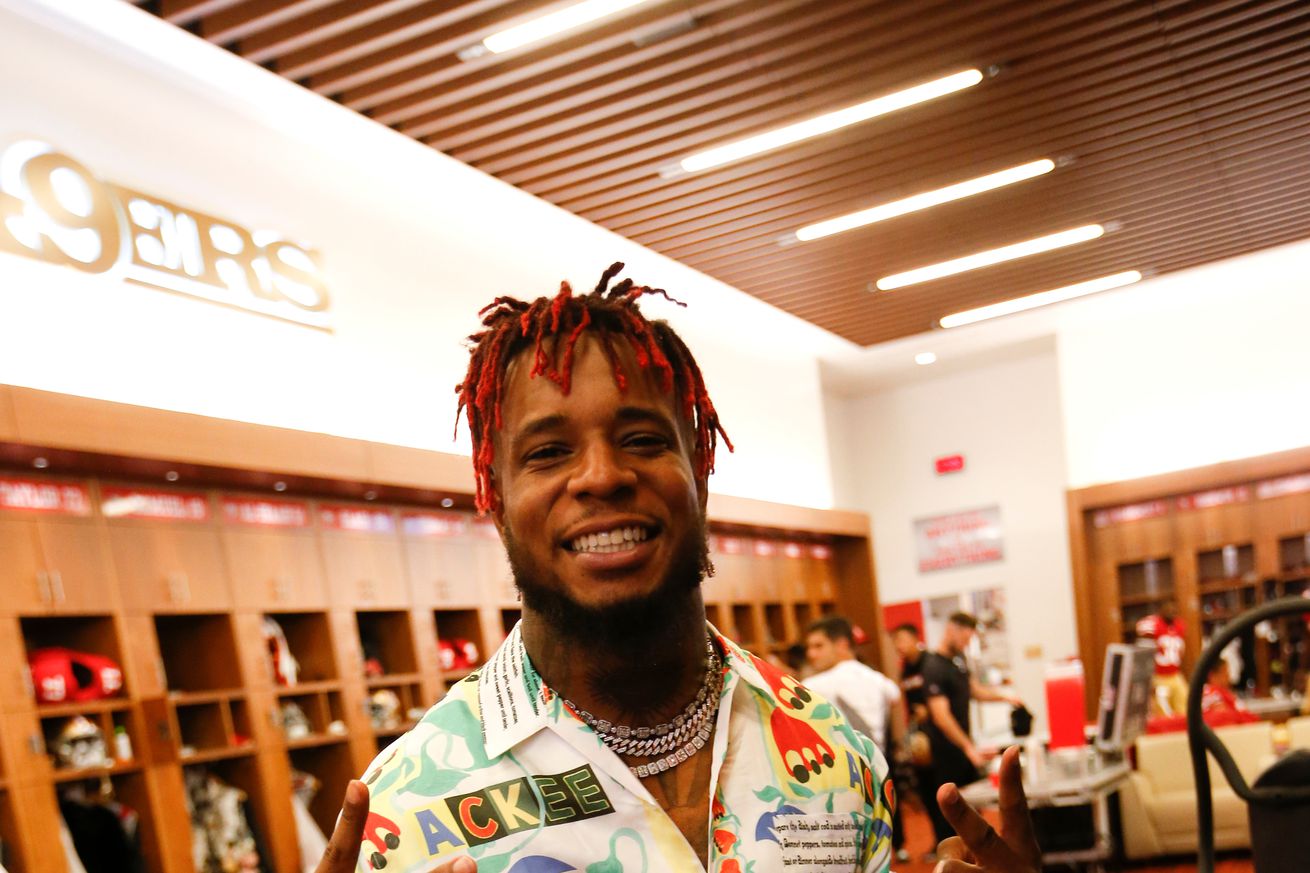 The linebacker practiced on Thursday

The San Francisco 49ers returned to practice on Thursday, and so did a familiar face. Linebacker Kwon Alexander returned to practice as well. This was the first time since Alexander stepped onto the field since he tore his pectoral muscle on October 31. The team opened the practice window for Alexander, and he would be the second and final player they can take off the injured reserve. Kentavius Street was the first player that the Niners designated to return from the injured reserve list. Shanahan said earlier in the week that he wouldn’t be ready for the Divisional round. Still, if the 49ers are fortunate enough to advance to the NFC Championship game, Alexander has a chance to play.

Alexander was wearing a blue, non-contact jersey. Safety Jaquiski Tartt also returned to practice on Thursday. Tartt had on a non-contact jersey as well. Tartt suffered fractured ribs on December 1 against the Ravens. I think the team handled his injury very well, as the Divisional round gives Tartt the proper amount of time to heal from his rib injury. Tartt was reportedly moving around much better this week than he was last week.

Still, no Dee Ford during the media portion of practice, as he continues to recover from a hamstring strain. I don’t think it is important for him to practice considering at this stage in the season, there is minimal contact. Ford needs to build up his stamina and get in-game shape. It’s tough to build your cardio when you’re suffering from a hamstring injury. If you push yourself too far, you risk suffering a setback. Ford likely wouldn’t be thrown into the starting lineup and be asked to play 60+ snaps, but having him play 30 snaps would go along way in disrupting whoever the 49ers play next Saturday.

Mike Person was limited as he still recovers from a neck injury. The 49ers don’t have to file an injury report until Wednesday of next week. These can be viewed as bonus practices because of the bye week. Here is a list of players on the roster who are not eligible to return for the postseason: