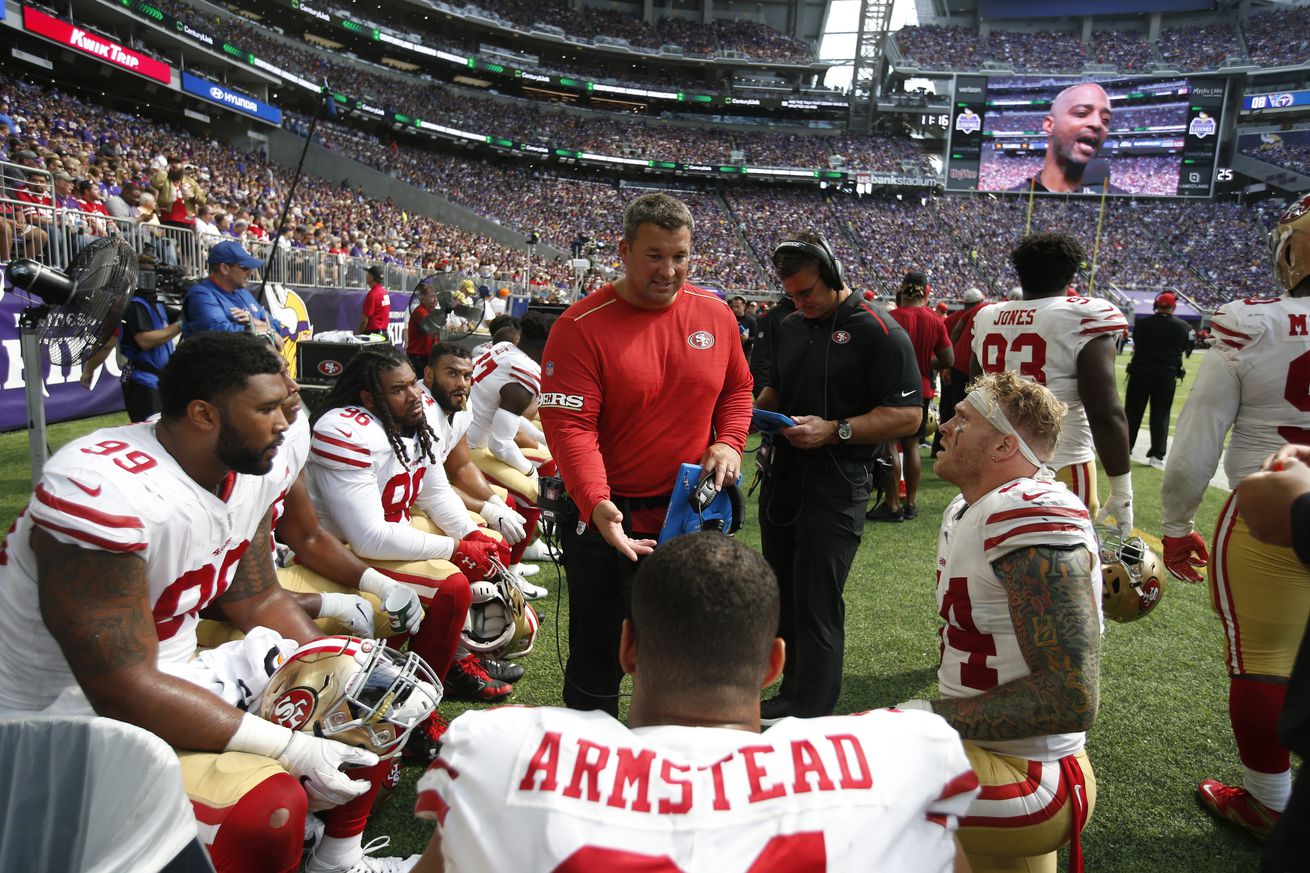 The total on this game is 46

The wait is over. The San Francisco 49ers will host the Minnesota Vikings in the early game next Saturday. The Niners opened up as heavy favorites, as they are 7-point favorites against the Vikings. The total on the game is 46.5, which suggests Vegas is expecting a 27-20 win for San Francisco. We are going to cover all the ins and outs for this game, from matchup previews to each team’s biggest advantage.

Speaking of advantages, Kirk Cousins on the road is advantage Niners. On the road this season, Cousins’s completion percentage 11 points worse. He has fumbled the ball four more times on the road. Cousins adjusted yards per attempt goes from 10.45 at home to 5.95 on the road. There’s a reason San Francisco is so heavily-favored. More on Cousins as the week goes on.

It’s only fair to compare Jimmy Garoppolo’s splits. At home, Garoppolo has actually played worse. He’s taken ten more sacks on 44 more dropbacks. Garoppolo has thrown three more interceptions, and his adjusted yards per attempt is about a yard and a half worse. He also has four more fumbles at home this season. It does feel like Jimmy G has cleaned up a lot of those issues as of late.

This game is a lot more than the quarterbacks, though. These are two of the more talented teams in the conference. The Vikings have two high-quality receivers, arguably the best running back in football, an All-Pro linebacker, a stud safety, and two very, very good pass rushers.

They are seven-point underdogs.