Gordon is an interesting prospect who didn’t get selected in the 2020 NFL draft. The Seahawks signed him as an undrafted free agent, but waived him in early September. He’s not been with a club since then.

The Bay Area native began his college career at City College of San Francisco before transferring to Washington State. In his final year with the Cougars, Gordon posted a 71.6 percent completion rate while throwing for 5,579 yards, 48 touchdowns and 16 interceptions.

It’s not clear whether he was in for a tryout or just as an arm for the receivers working out.

Jennings was a fourth-round pick of the Seahawks in the 2019 draft out of West Virginia. He didn’t make the team as a rookie, and spent just one game with the Dolphins before going on Injured Reserve.

Poindexter is a familiar face for the 49ers. He signed with the team as an undrafted rookie last season and tore his ACL in the preseason. He was in camp again this year but didn’t make the team.

Edwards is another familiar face. He spent some time with the 49ers in the offseason. He was released in early August.

Tanner is an undrafted rookie out of BYU. He played wide receiver for two seasons with the Cougars before moving to safety for his final two year.

What lies ahead for 49ers after Bye week? 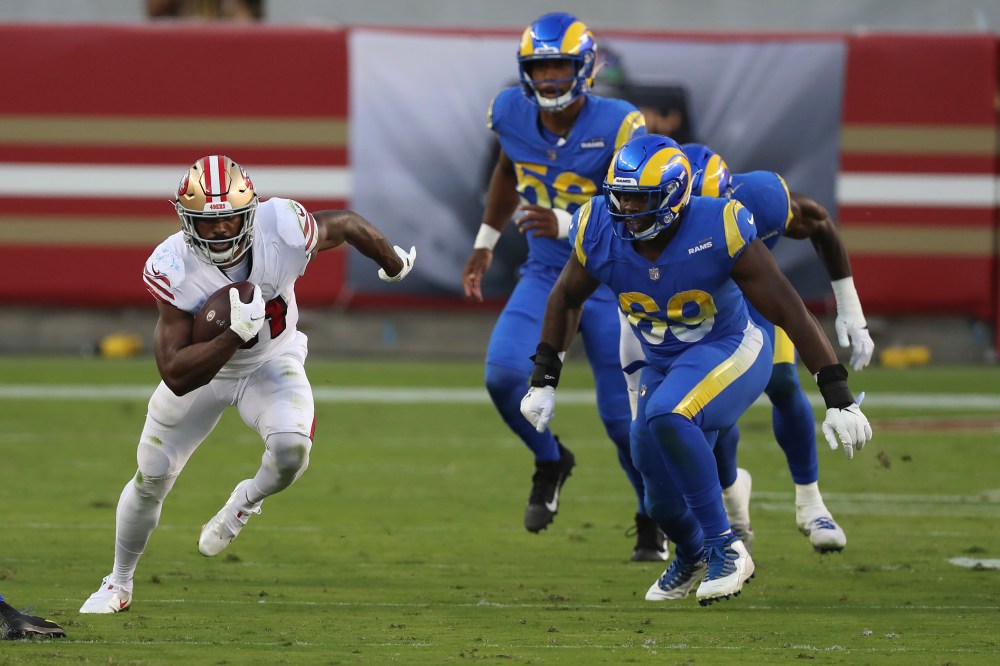