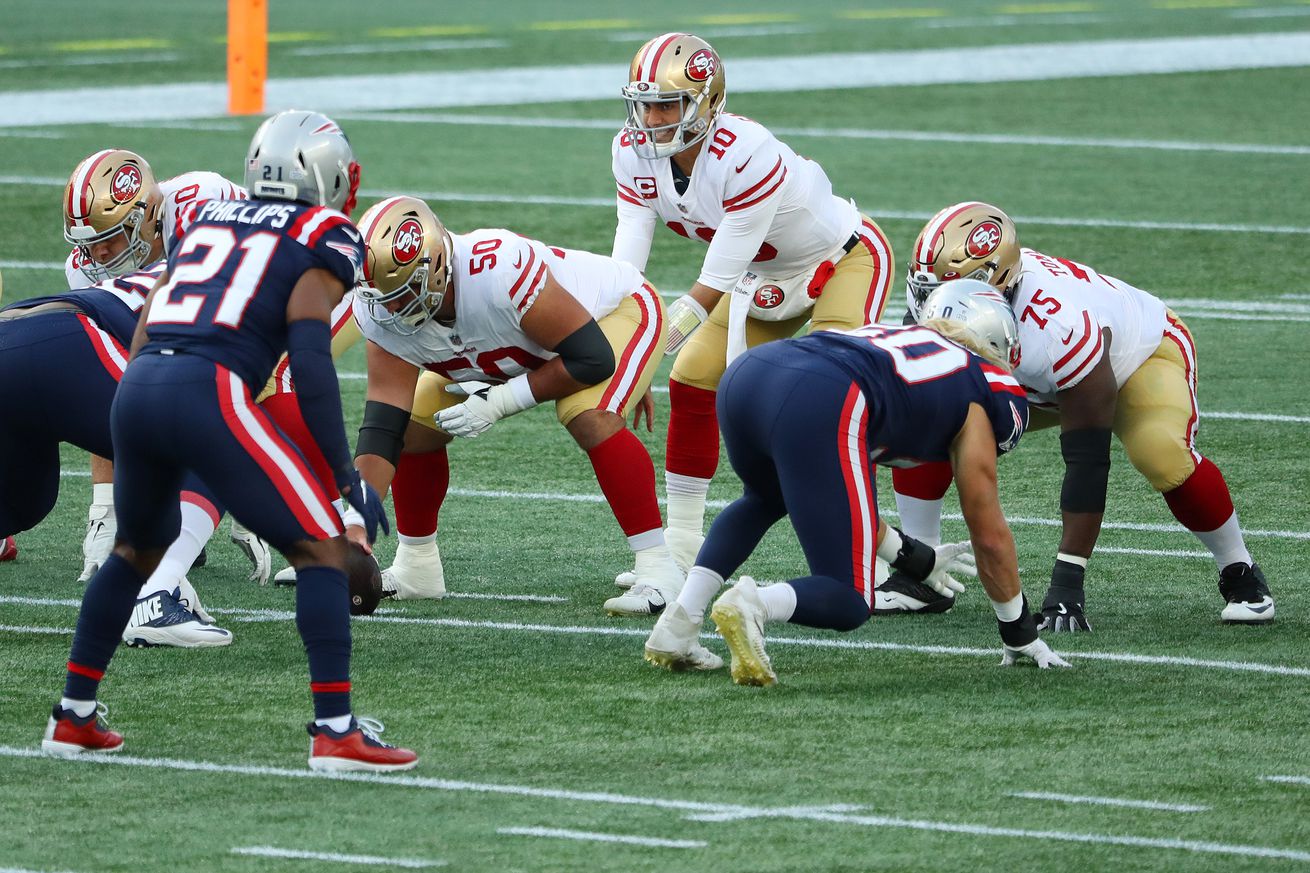 The San Francisco 49ers lead the New England Patriots 7-0 after the first quarter. Running back Jeff Wilson Jr. capped off a flawless opening drive with a three-yard run to put the Niners ahead.

This is your second quarter open thread.