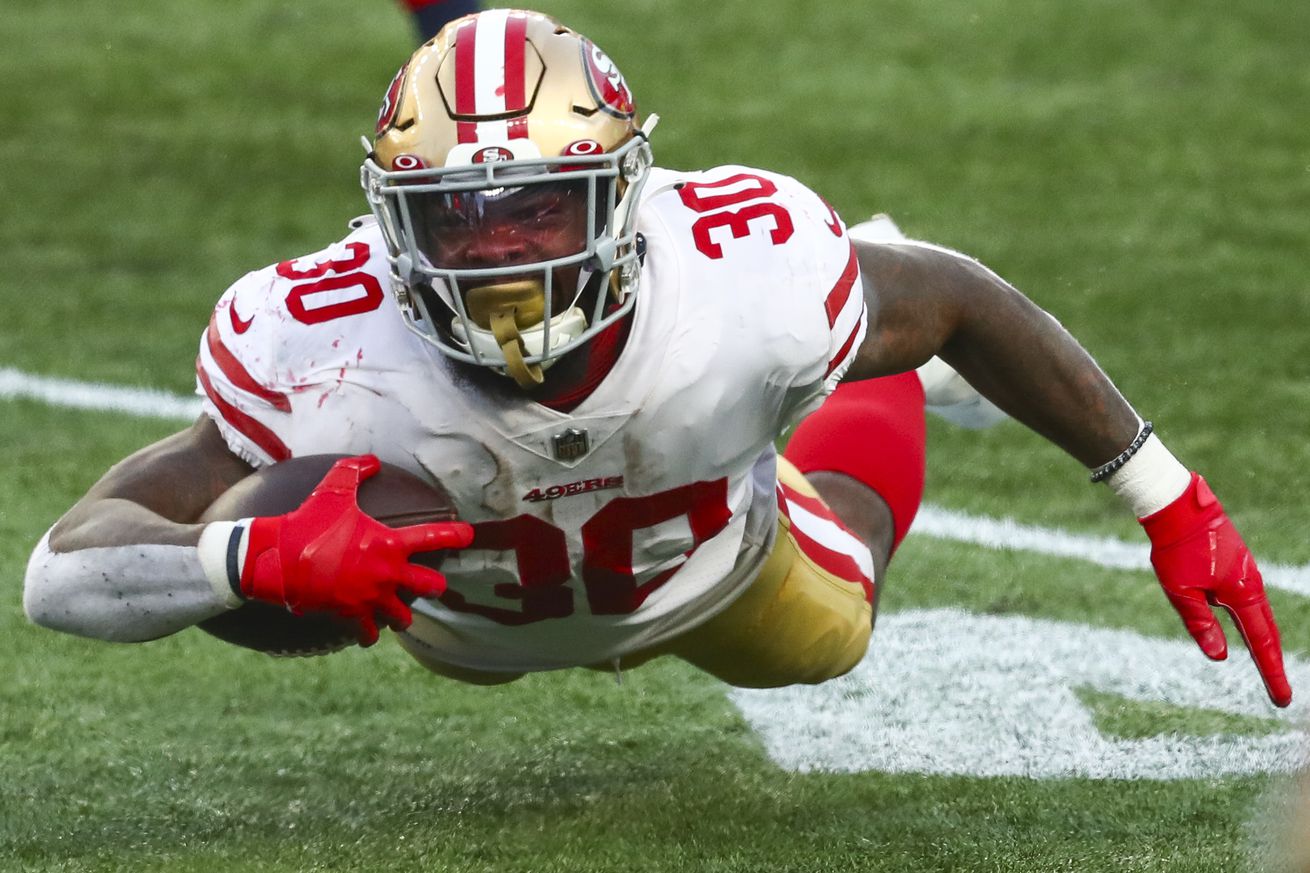 San Francisco dominated the first half with its running game.

After an impressive first half, the San Francisco 49ers lead the New England Patriots 23-3. Head coach Kyle Shanahan is staying true to his word that he wants to re-establish the Niners’ identity as a running team.

San Francisco put up 127 yards on the ground over the opening two quarters. Running back Jeff Wilson Jr has ran for two touchdowns while fullback Kyle Juszczyk also has a rushing score.

This is your third quarter open thread.