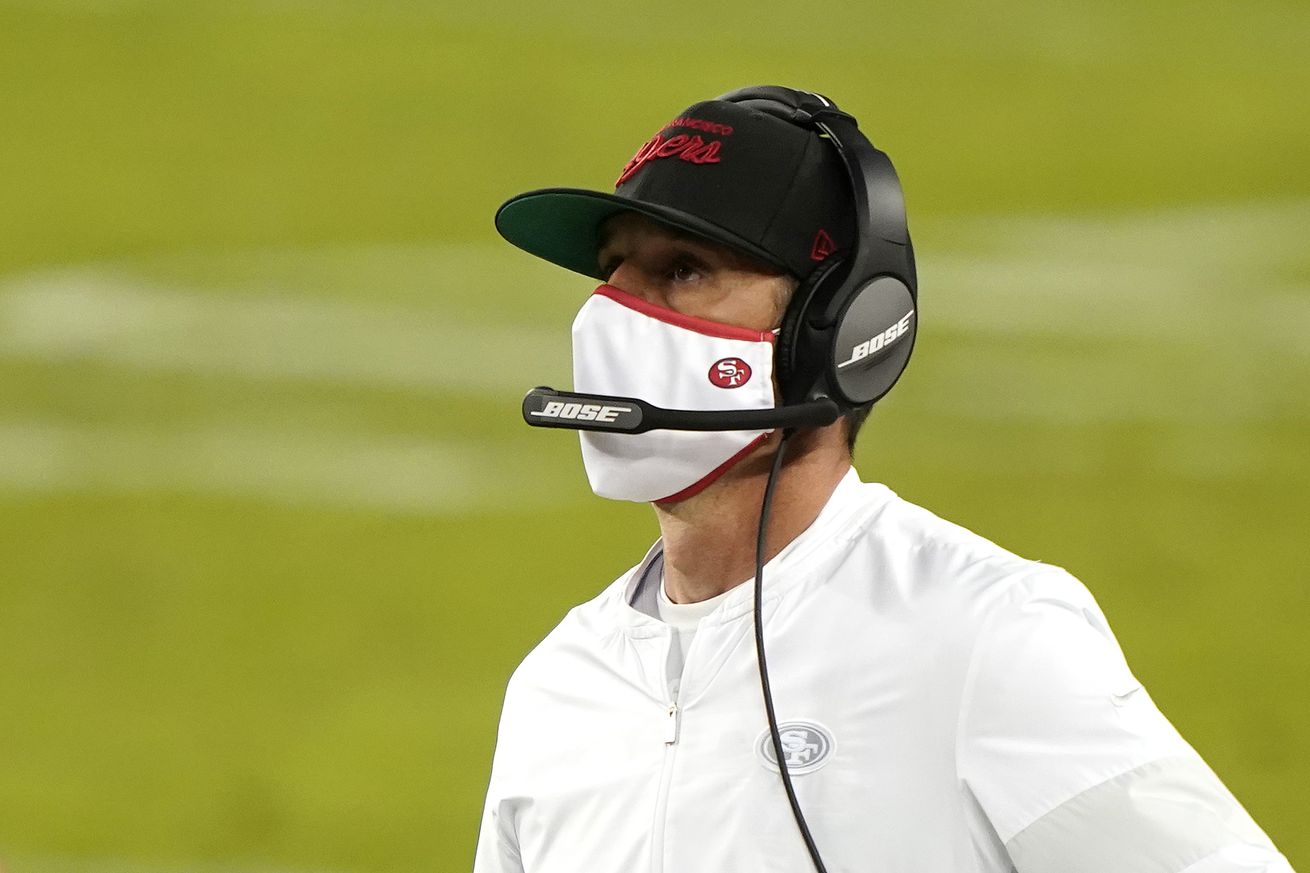 It’s Kyle Shanahan vs. The Hoodie.

The San Francisco 49ers are back on the road in Week 7 of the NFL season when they take on the New England Patriots. It’s the Niners’ first game in Foxboro since the 2012 season.

Quarterback Jimmy Garoppolo will play against Patriots head coach Bill Belichick for the first time in his career. New England sent Jimmy G to San Francisco for a second-round pick during the 2017 season.

Injuries continue to be a significant issue for the 49ers. Lightning-quick running back Raheem Mostert is OUT with a high ankle sprain, and center Ben Garland hurt his calf against the Los Angeles Rams in Week 6 and will sit this one out as well. The Niners put both players on the injures reserve list, so they will each miss multiple weeks. San Francisco’s secondary will have an extra body with cornerback Dontae Johnson back in the fold.

The Patriots have dropped back-to-back games and are trying to avoid their first three-game losing streak in 18 years under Belichick. New England QB Cam Newton struggled against the Denver Broncos last week after missing some time due to a positive Covid-19 test.

Here are the predictions for Week 7 from Niners Nation contributors:

Kyle Posey: This one is going to be ugly. We’ll see two of the NFL’s best offensive minds, but the score won’t reflect that. Expect to see a lot of running and quick passes to avoid third and long. The 49ers should be able to get to the edge and use their speed on offense, but once they get into the red area, they’ll have to convert those trips into touchdowns. Denver didn’t score a touchdown in six opportunities. As for the Niners defense, the Patriots lack weapons, but Cam Newton and that rushing attack is more of the “death by a thousand cuts” type that wears on you as the game goes along.

Whichever QB makes the fewest mistakes and has the fewest misses will win this game. I like the 49ers as they have a better chance to score given their options on offense.

Rob Guerrera: Despite Bill Belichick being the greatest defensive mind the game has ever seen, Kyle Shanahan has actually had a good amount of success against him in the past. Houston’s offense scored 28 against him in 2009 when Kyle was the O.C., Rex Grossman and company scored 27 in 2011 with Washington, and of course, the Falcons dropped 28 in the Super Bowl. If Robert Saleh can keep from getting steamrolled by Cam Newton scrambles, the 49ers have a shot.

Jas Kang: I am excited to see how Belichick’s defense plays Garoppolo. The 49ers are second-worst in passer rating on deep throws, so I can see the Patriots forcing Garoppolo to complete long passes by taking away the run. Shanahan has been steadfast that he wants his team to run the ball a lot more, so it should be a great chess match between the two head coaches.

Defensively, the Niners have struggled against mobile QBs, which is Newton’s forte. Robert Saleh should implement a similar strategy as Vic Fangio, and the Broncos did last week, forcing New England to pass the ball more. This will be a low scoring game where both teams are struggling to find a rhythm offensively. I think it comes down to the final possession.

What is your prediction for the final score?