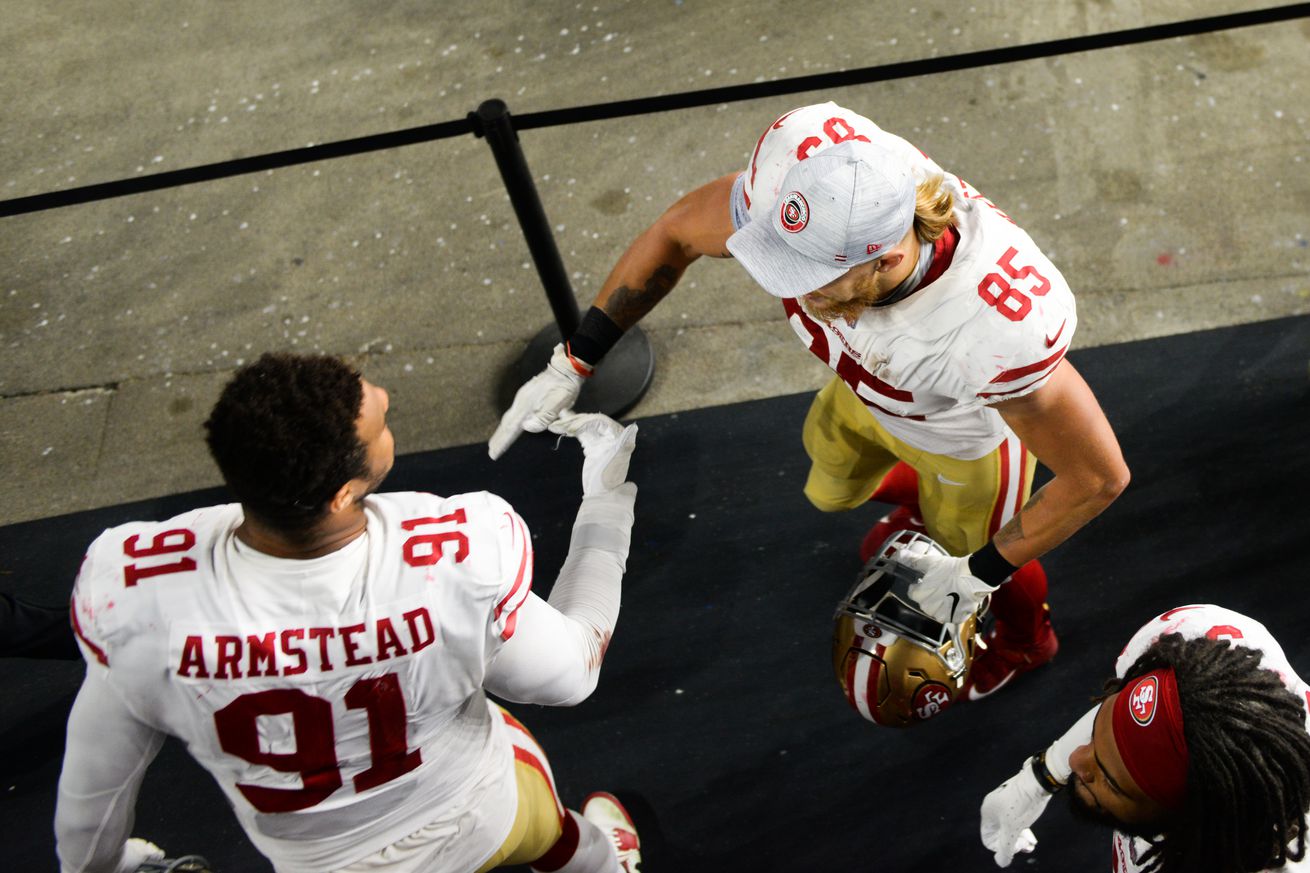 The football world was impressed by San Francisco’s blowout win over New England.

The San Francisco 49ers asserted their dominance from the opening kick-off en route to an impressive 33-6 win over the New England Patriots. The Niners are rediscovering their identity as a running team, rushing for 127 yards in the first half.

Running back Jeff Wilson Jr. was dynamite prior to leaving the game with an ankle injury in the fourth quarter. He finished with 17 carries for 112 yards and three touchdowns showing that the 49ers are one of the most dangerous running teams in the league, regardless of who is lining up in the backfield.

Social media is taking notice of how dominant San Francisco has been over the last two games. Here are some of the Twitter reactions to the victory of the Patriots:

The Niners’ opening drive was a thing of beauty. They were locked in from the opening snap:

According to @CBSSports @jeffwilsonjr 3-yd TD is the first opening drive TD allowed by the @Patriots in 32 regular season games, 4 seasons.

After quarterback Jimmy Garoppolo threw his first interception of the game. San Francisco’s offense settled in and began dominating on the ground:

#49ers had 37 runs last week. They have 14 five minutes into the second quarter.

Linebacker Fred Warner came up with a huge pick in the second quarter. His 49er teammates let us know exactly what they think about Warner:

Wilson must have checked his Twitter account on the sidelines, because he took the spotlight back from Warner after his second touchdown run:

The Niners were rolling in the first half and went into the break up 23-3:

San Francisco didn’t take its foot off the gas in the second half and put this game to be early.

The 49ers went on to an easy 33-6 win and the players were hyped after the game.

That’s how we do @fred_warner signing off after the win pic.twitter.com/SQy7bfcsbi

How about them @49ers!! pic.twitter.com/tsDKvX2v9S

After running roughshod on the league for 20 years, the internet wanted the Patriots to know what it feels like to lose like this:

Summary of Patriots vs. 49ers: pic.twitter.com/eRH5WNqAEc

Me thinking the Patriots had a shot against the 49ers pic.twitter.com/c46WWyOsbr

Patriots didn’t have a chance against the Niners https://t.co/4KwbAkb7jN pic.twitter.com/ScZYzfFRpc