The 49ers on Friday shook up the NFL draft with their blockbuster trade up to the No. 3 overall pick. With that move came a change in how mock drafts played out.

While San Francisco was frequently a landing spot for cornerbacks, wide receivers and the occasional offensive lineman, they’re jump to the third pick makes their position of choice much more clear. They’re eyeing a quarterback, and that’s exactly the direction they go in Mark Schofield’s updated mock draft for the NFL Wire.

Clemson’s Trevor Lawrence goes No. 1 overall to the Jacksonville Jaguars. The Jets select quarterback Zach Wilson at No. 2, which leaves Mac Jones, Trey Lance and Justin Fields on the board for San Francisco. They choose the third option and scoop Fields out of Ohio State.

Schofield in his mock called Fields his second-favorite quarterback in this draft, and he may become a consensus No. 2 QB in this year’s draft at his Pro Day.

There is speculation that the 49ers might be coming up for Mac Jones, but I think they go in a different direction here. They move up and draft Justin Fields, the Ohio State quarterback who might be sliding down some boards, but remains my second-favorite in the class. Plus, if he runs a 4.38 40-yard dash next Tuesday…?

Fields’ athleticism is surely going to make him intriguing for a team that’s gotten torched by the likes of Russell Wilson, Kyler Murray and Josh Allen the last couple seasons. He rushed for 15 touchdowns in two years with Ohio State, but running isn’t his primary means of moving the football.

He’s an excellent passer who tossed it 579 times in 22 games for the Buckeyes, and completed 68.4 percent of those throws for 5,373 yards, 63 touchdowns and just nine interceptions. On top of that, he has the ability to get outside on bootlegs, throw on the run, and make teams pay for not accounting for his ability to get outside and make plays on the ground.

There are going to be a few options available for San Francisco when they make their selection at No. 3 overall, but if Fields is there, he could be pretty easily the best available player. 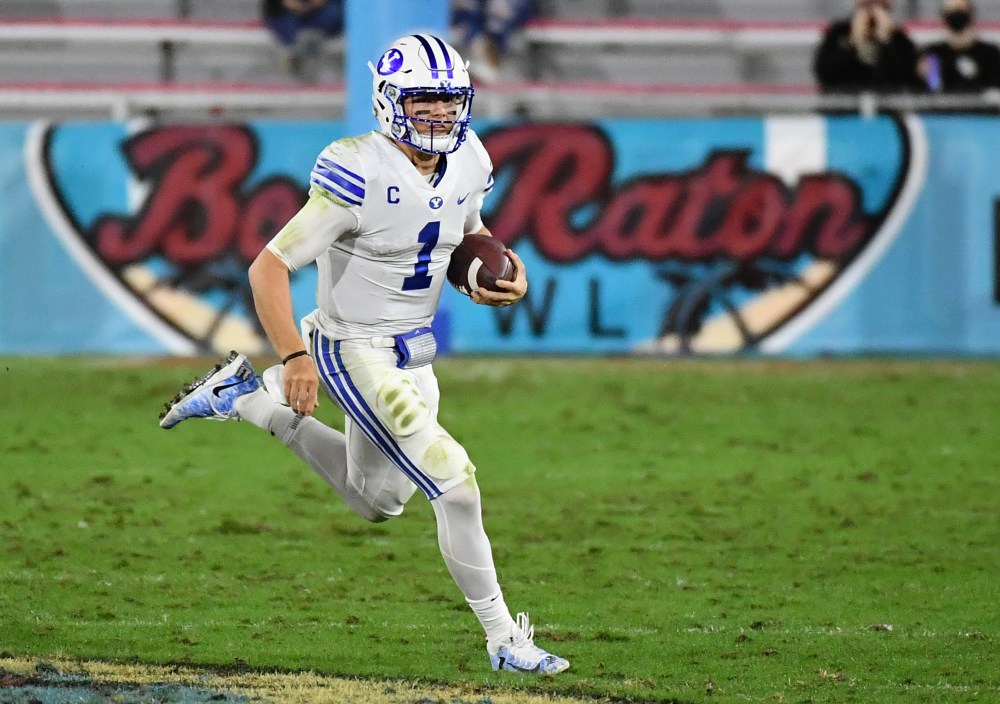