The 49ers on Friday as part of a series of roster moves officially activated tight end George Kittle from the Injured Reserve list. They also placed running back Raheem Mostert and quarterback Nick Mullens on IR and elevated a number of players off the practice squad.

Kittle will be in action for the first time since he fractured his foot in Week 8. His activation was expected after head coach Kyle Shanahan said Thursday Kittle would be good to go after two weeks of practices.

Mostert is dealing with his second high ankle sprain of the year and is done for the season. Mullens injured his elbow in the 49ers’ Week 15 loss to the Cowboys and will be done for the year. He may need Tommy John surgery per Shanahan which could put his 2021 season in jeopardy as well.

Rookie offensive lineman Colton McKivitz was activated off the COVID-19 list. He figures to slide in at right guard if he’s available to play after a couple weeks away.

Undrafted rookie defensive lineman Darrion Daniels was promoted to the active roster after spending most of the season on the practice squad. He’s played 21 snaps with one tackle in two games where he was flexed from the practice squad.

Defensive lineman Alex Barrett and tight end Daniel Helm were lifted from the practice squad as COVID-19 replacements. Cornerback Tim Harris Jr. and wide receiver Jordan Matthews were both flexed to the active roster for the week.

Behind Enemy Lines: 49ers vs. Cardinals preview with Cardinals Wire 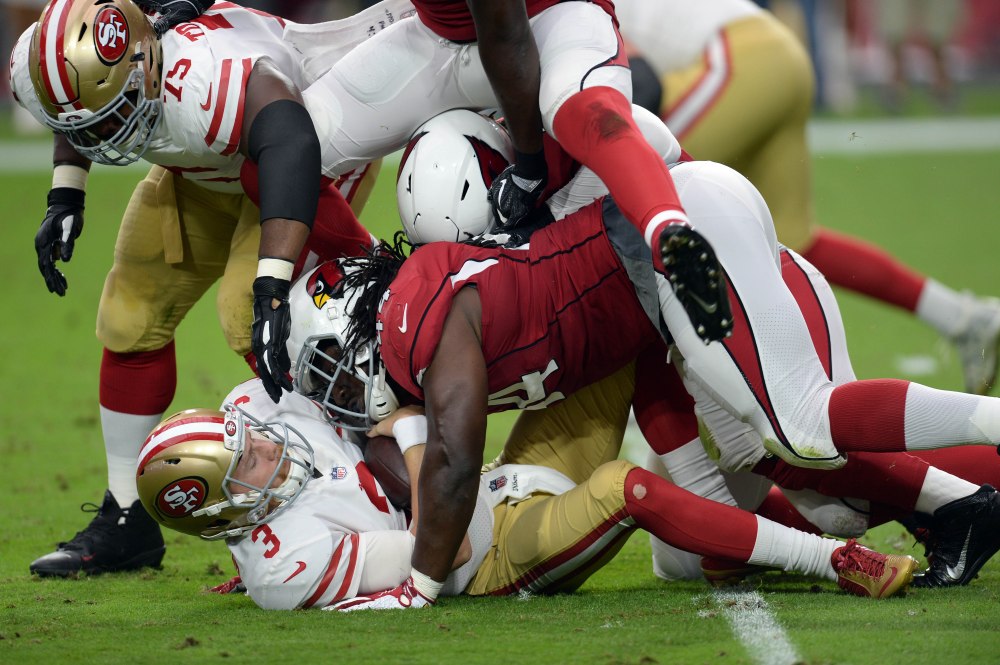