The 49ers on Monday ahead of their showdown with the Los Angeles Rams placed wide receiver Mohamed Sanu on injured reserve and elevated safety Tony Jefferson from the practice squad.

Sanu hurt his knee in the 49ers’ loss to the Cardinals and appeared to be IR bound when head coach Kyle Shanahan indicated he’d miss a few weeks. His absence leaves a roster spot open which the 49ers could wind up filling with a player returning from IR. Linebacker Dre Greenlaw makes the most sense, but he’s yet to have his practice window opened.

Jefferson’s elevation is just for the week. He wasn’t promoted to the active roster, but instead will occupy a roster spot for Monday’s game and provide depth at safety with Tavon Wilson ruled out because of a foot injury. Free safety Jimmie Ward is also questionable with a quad injury. If Ward can’t go, Jefferson would likely start alongside strong safety Talanoa Hufanga.

49ers defensive position grades through 1st half of season 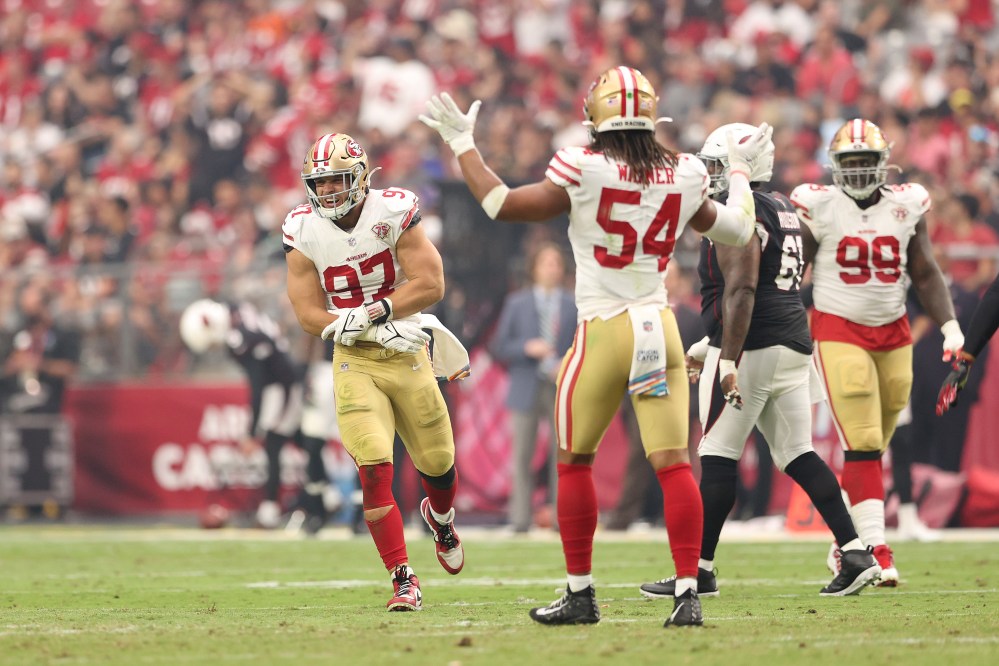