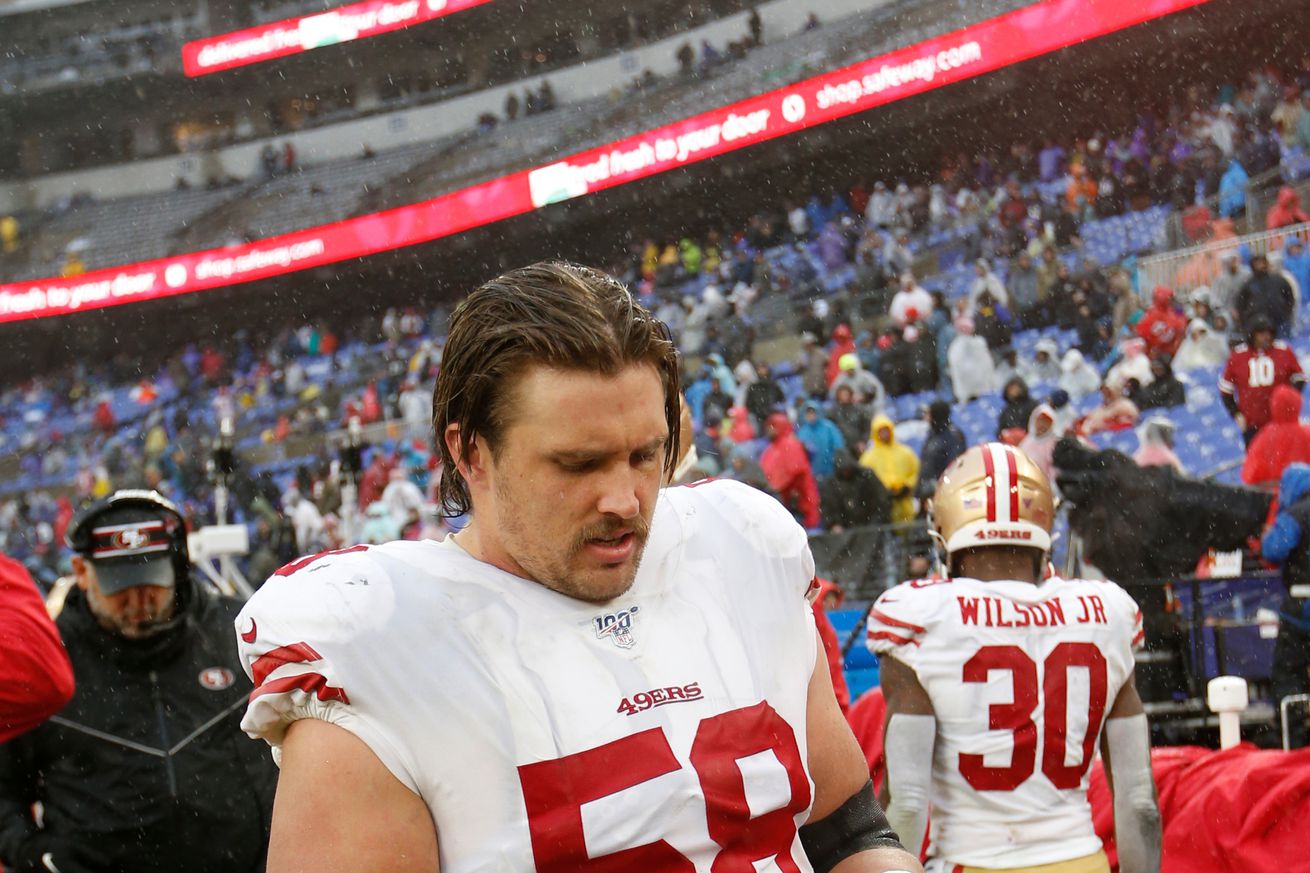 On December 29, reports came out that the San Francisco 49ers had reworked Weston Richburg’s contract. The 49ers center signed a five-year, $47.5 million deal back in March of 2018. Richburg battled through injuries, and because of that didn’t have the first season he had hoped for. This season was much different. This was the season San Francisco was expecting when they inked Richburg to the $47 million deal. Richburg was having another Pro Bowl type season. His effort as a run blocker stood out, as did his ability to keep Jimmy Garoppolo and pick up blitzes. Richburg only allowed one sack and one quarterback hit in over 830 snaps. Losing a cerebral player like Richburg is going to hurt any team, but especially a team like the 49ers where the center makes all of the calls and checks at the line of scrimmage.

Thanks to our resident salary cap expert Jason Hurley, we finally have details on Richburg’s updated contract. The 49ers redid Richburg’s deal, where they added two voidable years and lowered his 2020 base salary to $820,000. That salary is guaranteed for injury in 2020. That move saved the team $4.544 million in cap room. There were no changes made to Richburg’s 2019 base salary, so that means he will get an option bonus that is similar to Kwon Alexander’s restructuring deal. Richburg’s cap number for 2020 is $8.7 million.

Saving $4 million in cap space will go a long way for the 49ers. The 49ers have about $23 million in cap space as of writing this. If they were to move on from Jerick McKinnon, Marquise Goodwin, and Tevin Coleman, that number balloons to around $34-35 million, that will allow San Francisco to bring back Emmanuel Sanders and Arik Armstead, as they work out a new deal with George Kittle during the offseason. My guess is the team waits another year to get a deal done with DeForest Buckner.

The reworking of Richburg’s deal is positive as it tells us the team is looking ahead and creating space for the near future. An indication that some deal is going to get done this offseason.