The 49ers won’t have strong safety Jaquiski Tartt for awhile. Head coach Kyle Shanahan on Monday said Tartt has a bone bruise on his knee that is expected to keep him out for a few weeks. Rookie safety Talanoa Hufanga will step into the starting role.

Tartt left the 49ers’ Week 7 game against the Colts and was quickly ruled out. He played 40 snaps before his exit and posted three tackles. He was also flagged for pass interference.

This will be the sixth season in a row Tartt is missing multiple games. Since 2016 he’s only played in more than nine games once, and he could fall short of the double-digit mark again depending on how he recovers from his latest ailment.

Tartt’s injury opens the door for Hufanga, a rookie fifth-round selection from USC who pushed for the starting job in training camp before Tartt returned from offseason toe surgery. He posted two tackles against the Colts. Sunday in Chicago will be his first-career start. 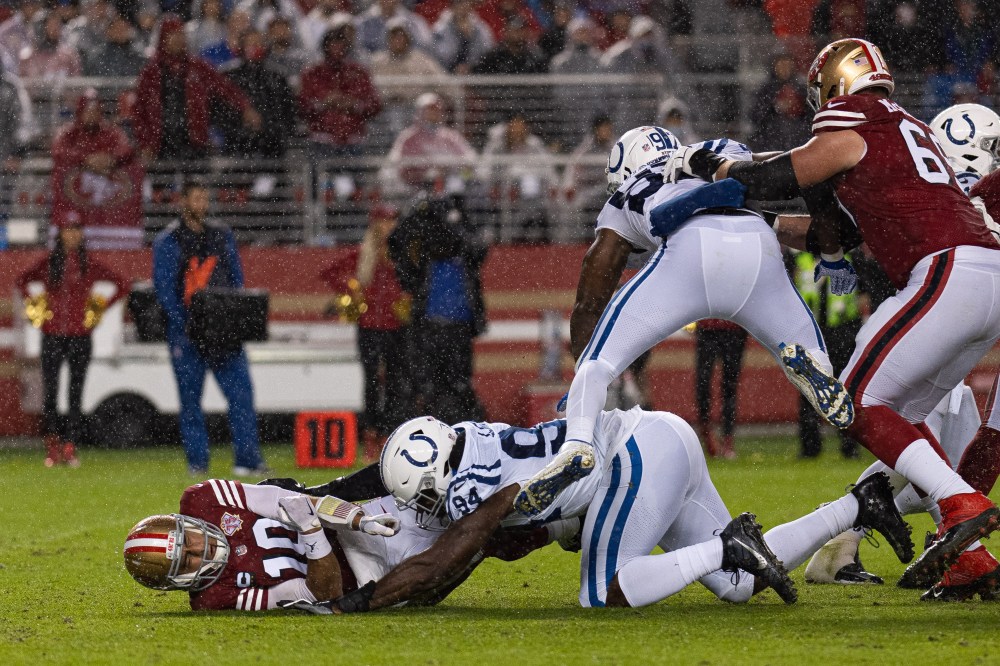