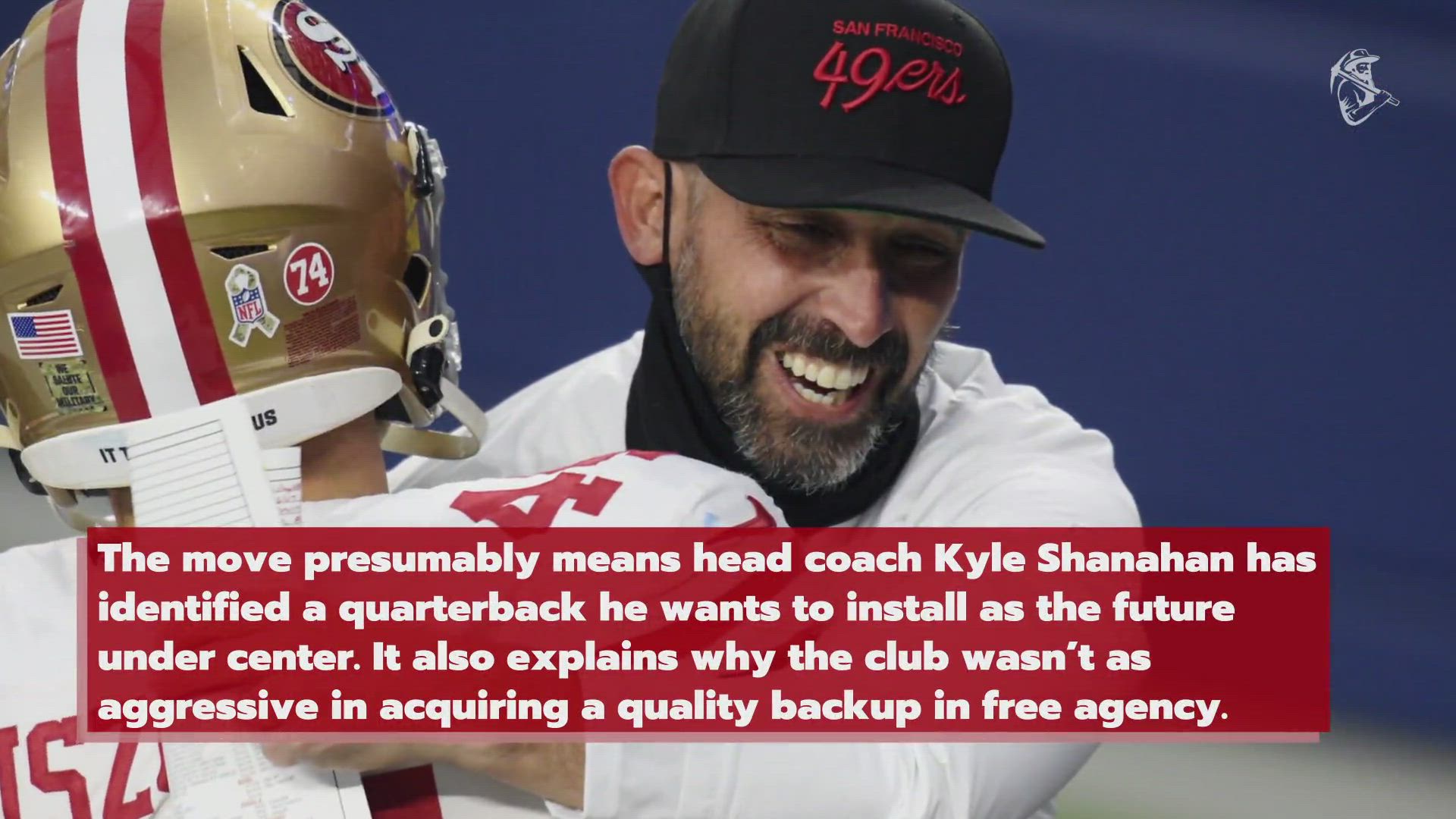 The 49ers on Friday made a massive splash in the NFL draft. According to ESPN’s Adam Schefter, San Francisco is dealing the No. 12 overall pick in the 2021 draft, as well as their first-round choices in 2022 and 2023, and a third-round pick in 2022 for the No. 3 overall choice in this year’s draft.

The move presumably means head coach Kyle Shanahan has identified a quarterback he wants to install as the future under center. It also explains why the club wasn’t as aggressive in acquiring a quality backup in free agency.

Trevor Lawrence from Clemson figures to go first overall to the Jaguars, so Robert Saleh and the Jets will be the lone club between the 49ers and whichever signal-caller they’ve settled on. There’s some question as to whether New York will take a quarterback or stick with Sam Darnold for the time being.

San Francisco needed to identify a quarterback of the future if they weren’t sold on Jimmy Garoppolo, and they were going to need to take a big swing to get him. This is a pretty significant swing that will determine how Kyle Shanahan’s tenure with the club goes.