Career-highs were something of a theme for the 49ers in their Week 16 win over the Cardinals. A slew of players had single-game bests or set new career-highs during San Francisco’s 20-12 victory.

Running back Jeff Wilson Jr. spearheaded a strong day for the 49ers rushing attack. He had 22 rushing attempts for a career-high 183 yards. His previous best was his 112-yard performance against the Patriots in Week 7.

Quarterback CJ Beathard wasn’t prolific through the air against the Cardinals. He completed 13 of his 22 throws for 182 yards, but did manage to churn out a career-best three touchdown passes. He’d previously thrown two touchdowns four times. It was the first time he threw for multiple touchdowns in a game without an interception.

Two of San Francisco’s touchdowns came by way of fullback Kyle Juszczyk. His pair of touchdown receptions marked the first time in his eight-year career that he had a multi-touchdown game. Juszczyk also set a career-high for touchdowns in a season with six, which eclipses his previous high of five in 2015.

Linebacker Fred Warner had a big game as well, including a huge fourth-down pass breakup in the fourth quarter to stamp out a Cardinals comeback attempt. Warner wound up getting credit for three pass breakups. That clears his previous high of two which he did once in each of his first two seasons.

San Francisco had three sacks as a team, and each one marked a new career high for the player who recorded it. Kerry Hyder Jr. had one to give him 8.5 for the season. That surpasses the 8.0 he posted in the 2016 season.

K’Waun Williams blitzed off the corner to take down Cardinals QB Kyler Murray. It was his second sack of the season, and 2020 became the first time Williams had more than one sack in a year.

Defensive tackle DJ Jones flew through the middle of the Cardinals offensive line for his third sack of the year. That clears the high of 2.0 he set a season ago.

While it’s been a disappointing year for the 49ers, some of the club’s individual performances have offered silver linings and helped them stay competitive in a year where not a lot went right.

Observations from 49ers’ 20-12 win over Cardinals 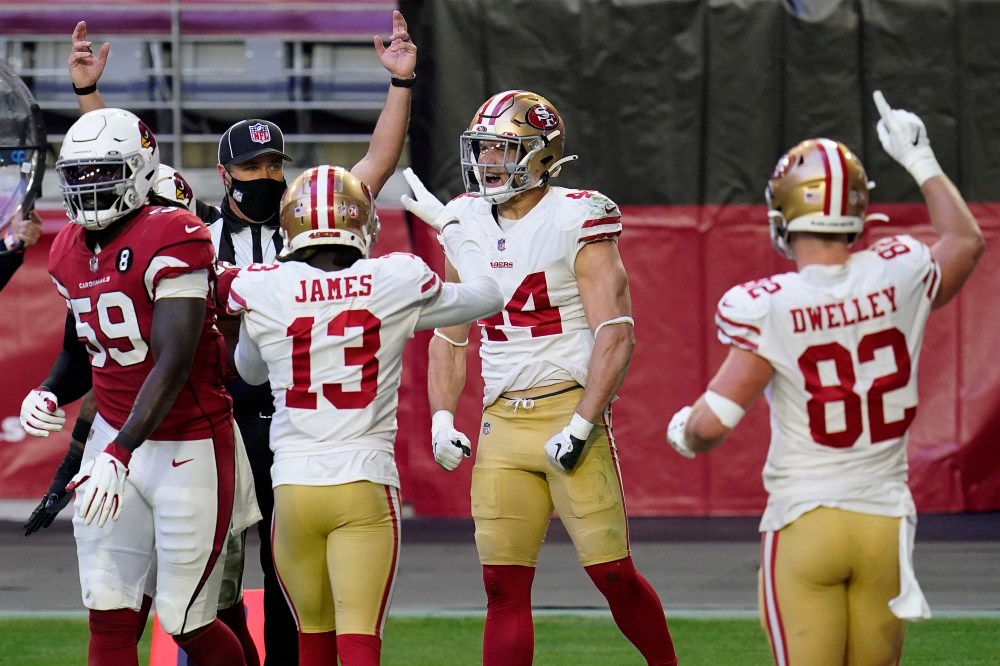