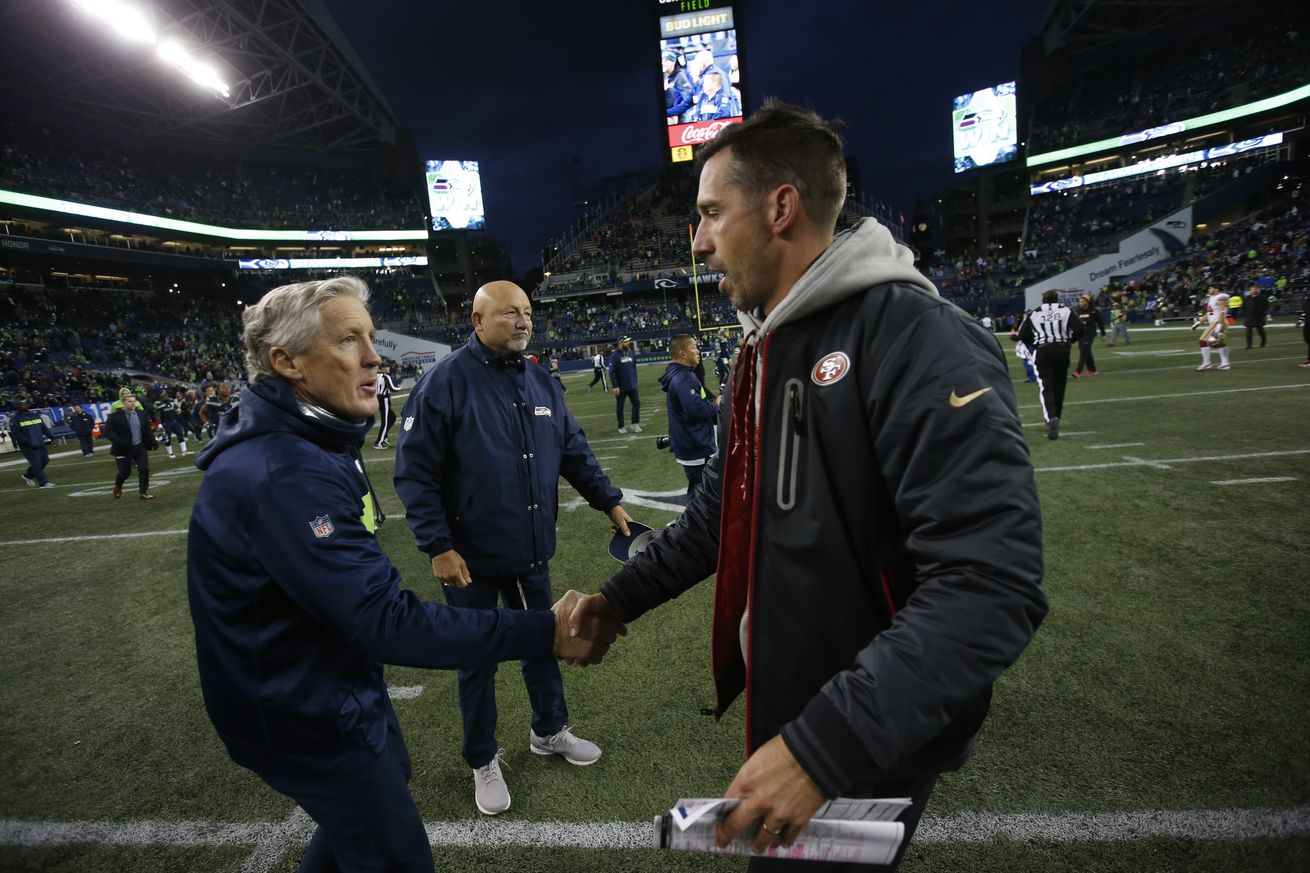 2012 was the last time the San Francisco 49ers had the NFC West division title in their grasp. That same year, they went onto the Super Bowl. Can history repeat itself? Well, we’ll see.

After the 49ers, the West has a bit of a shake-out. Here’s everything to conclude the 2019 regular season.

The 49ers have the division, and all is right with the world. Meanwhile, the Seahawks gave them the fight of their lives. The 49ers have not had the first seed in the playoffs since the 1997 season.

The Seahawks have been forced on the road and will be off to play the Philadelphia Eagles. Don’t count them out yet; they still could be coming back to Santa Clara for round 3. A game I think all of us would rather do without.

In the final minutes of the first quarter and up 3-0 over the Cardinals, the Rams tried a fake punt. On their own 19 yard line. With nothing on the line. Just film to show the NFL for next year. And failed.

Now that right there might indicate, the Cardinals would take this thing off the rails, but it actually was a close game until the final minutes of the fourth quarter. The Rams had a 17-3 lead at one point, and despite a couple Kyler Murray botched snaps, the game stayed close. Then Kyler Murray continued realizing he was Kyler Murray and had some awful, awful interceptions. That, combined with the Rams getting things going, allowed them to get the final win of the season and go 9-7.

The Cardinals had the worst record in the NFL last year (yet beat the 49ers in 2018…go figure). Six wins on this roster is an improvement. Kenyan Drake, Kyler Murray, some up and coming pieces, there’s a lot to like. It’s like I said, they are better than their record indicates.

The Rams, on the other hand, have some decisions to make. They went all-in with Jalen Ramsey and now need to figure out what to do, paying him that money. If he walks, that is going to be all sorts of bad. The Rams also have few draft picks that have seen the field or developed as good as one would like. It will be an interesting offseason for them.

The 49ers and Seahawks both are heading into the playoffs; only the Seahawks have actually to play in the first round. The 49ers secured that precious first-round bye and home-field advantage throughout the playoffs.

There are several scenarios in which the 49ers could host the Seahawks for the divisional round. All of them believable. I do think with a week of rest and being at full strength, the craziness we saw Sunday wouldn’t return, but I’ve about run out of patience with Robert Saleh and his defense that fails to get off the field. We’ll talk about that in another thread. It’s still a concern for the playoffs.

The Cardinals and Rams get to start rebuilding. See you next year.