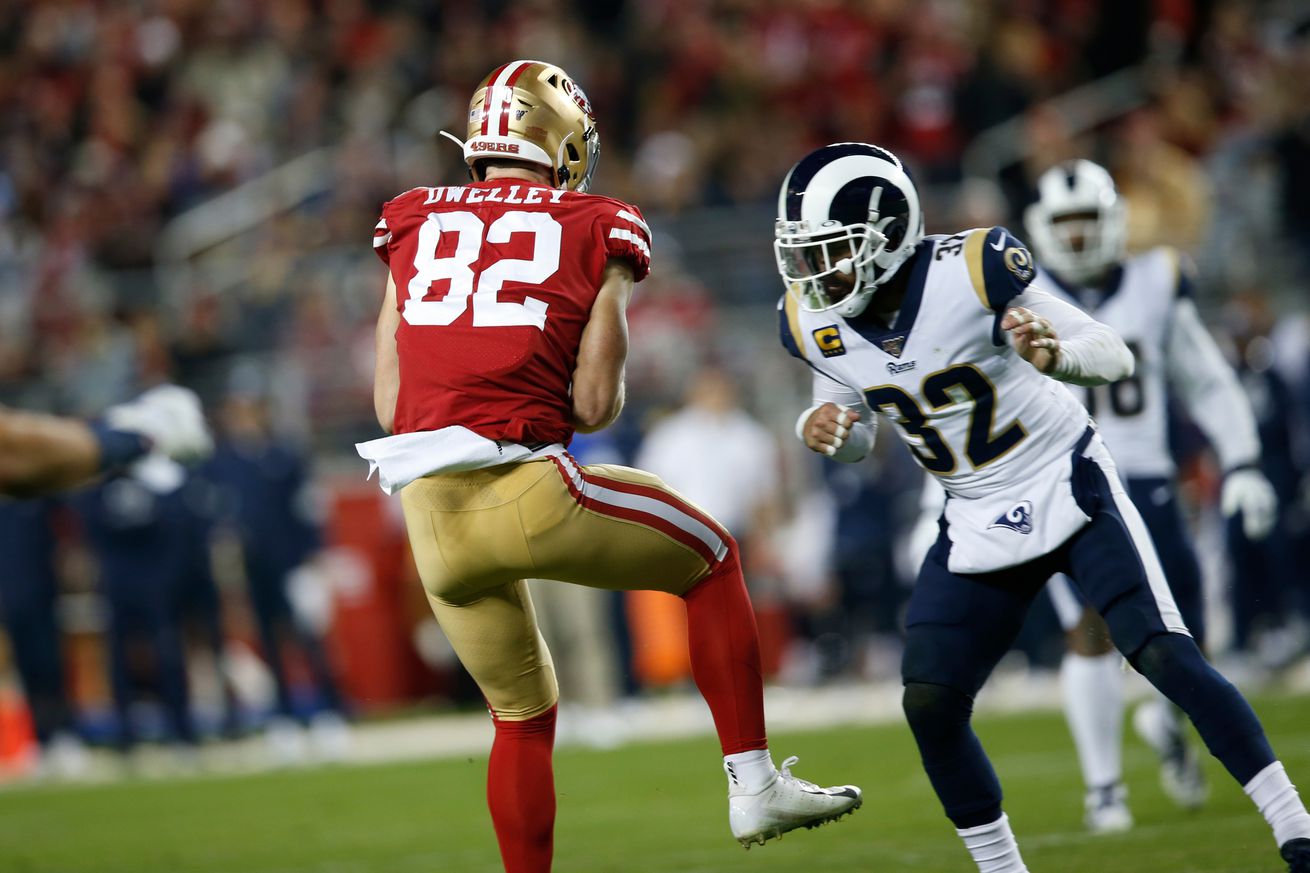 Every team has that one staple play, one they execute better than any other play in their offense, and becomes associated with their offensive scheme. In the air offenses around college (and 1 in the NFL), that play is simply “four verticals.” And since every team copy’s the best plays from other teams (like the infamous Shanahan end-around), even non air raid teams are running four verticals.

Four verticals is an air raid staple where the receivers all run downfield on vertical routes. There are nuances to the play, though. Any receiver has the ability to stop his deep route at 10 yards and turn to look for a pass. Doing this is dependent on what the defense is doing. If the receiver cannot run past the safety or corner by 10 yards, his read becomes a 10-yard stop route, turn, and look for the pass.

The play was made popular by Texas Tech under head coach Mike Leach in the late 2000s in a game that featured two former 49ers, TT wide receiver Michael Crabtree and UT quarterback Colt McCoy, as well as Earl Thomas, and numerous other NFL players. Tech was trailing by one point with eight seconds left when quarterback Graham Herrell found Crabtree down the sideline running a vertical route. The back-shoulder throw allowed Crabtree some space to catch and elude defenders before sprinting to the end zone for the game-winning score. Notice the seam read by the slot receiver next to Crabtree on the right.

In west coast offense nomenclature, the play is generally tagged “all go,” and the best offensive minds still scheming west coast offense concepts (49ers, Saints, Chiefs, Rams, etc.) are all running their own spin on four verticals. For the coaches in the Shanahan lineage, that concept is tagged “Aggie” or “Aggie Now.” Aggie is straight four verticals from 2×2 or 3×1 with a back in protection before check releasing.

“Aggie now” is run from 3×2 empty formations in either shotgun or from under center, and it has an underneath dump off read for the quarterback as the alert or hot route against pressure, the “now” slant, a 1-step slant across the formation underneath the coverage.

Matt Ryan motions Tevin Coleman out wide to the left of the formation. The Falcons are in a YY formation to that side with two tight ends. The vertical routes to the three-receiver side take longer to develop, so Matt Ryan dumps it off over the middle to Coleman, who picks up 24 yards.

This version out of shotgun 13 personnel has also been the preferred way to run it by the Bengals in 2019 and 2020 under Zac Taylor, another coach from the Shanahan tree.

Bengals rookie quarterback Joe Burrow threw his first touchdown pass on this play in week two of this season to tight end C.J. Uzomah, who ran the “widen go” route from an inline tight end position.

This season the Rams have run the play as well, but out of 11 personnel with the vertical out of the backfield by the running back instead of a spread 3×2.

The Eagles free safety runs with the vertical from #3 to the offense’s left, so Goff comes back the running back vertical to the two receiver side that was wide open in the end zone, but Goff overthrew the ball, making it just out of the reach of the running back.

For Kyle Shanahan’s 49ers, though, they prefer to run it in a 3×2 spread out of 21 or 22 personnel and will usually motion the running back out wide.

The 49ers are in 22 personnel here on the game’s second play of the game. On the three-receiver side, they have tight end Ross Dwelley as the #1 receiver, fullback Kyle Juszczyk as the #2 receiver, and tight end George Kittle as the #3 receiver. To the right, receiver Brandon Aiyuk is in the slot quarterback Jimmy Garoppolo has just motioned Tevin Coleman out to the short side of the field as the widest receiver.

Seattle is in cover-2 with the middle linebacker matching the vertical by Kittle down the seam.

Seattle easily covers the vertical routes by staying over the top of the verticals and brackets Kittle running down the seam. The “now” slant is open, but Garoppolo chooses to throw to Aiyuk over the middle.

Shanahan’s offense doesn’t allow the receivers to run their routes with as much nuance as receivers do in the air raid, but the inside verticals do have the option of cutting more horizontally at the 10-12 yard range if the safety is over the top of them and a threat to break up the play or meet the receiver with a huge it.

Aiyuk sees the safety sitting over the top so he breaks off the vertical and angles toward the middle of the field to the open area and gives Garoppolo and easier target to hit as Garoppolo comes back to him.

In the second clip, Garoppolo finds Tevin Coleman down the seam with a nice throw between the defenders to convert a 2nd-and-14 after a penalty for holding set them back.

The play was a successful one for the 49ers in 2019 too as the clips above demonstrate. Garoppolo usually stuck with one of the inside go routes or the underneath “now” slant.