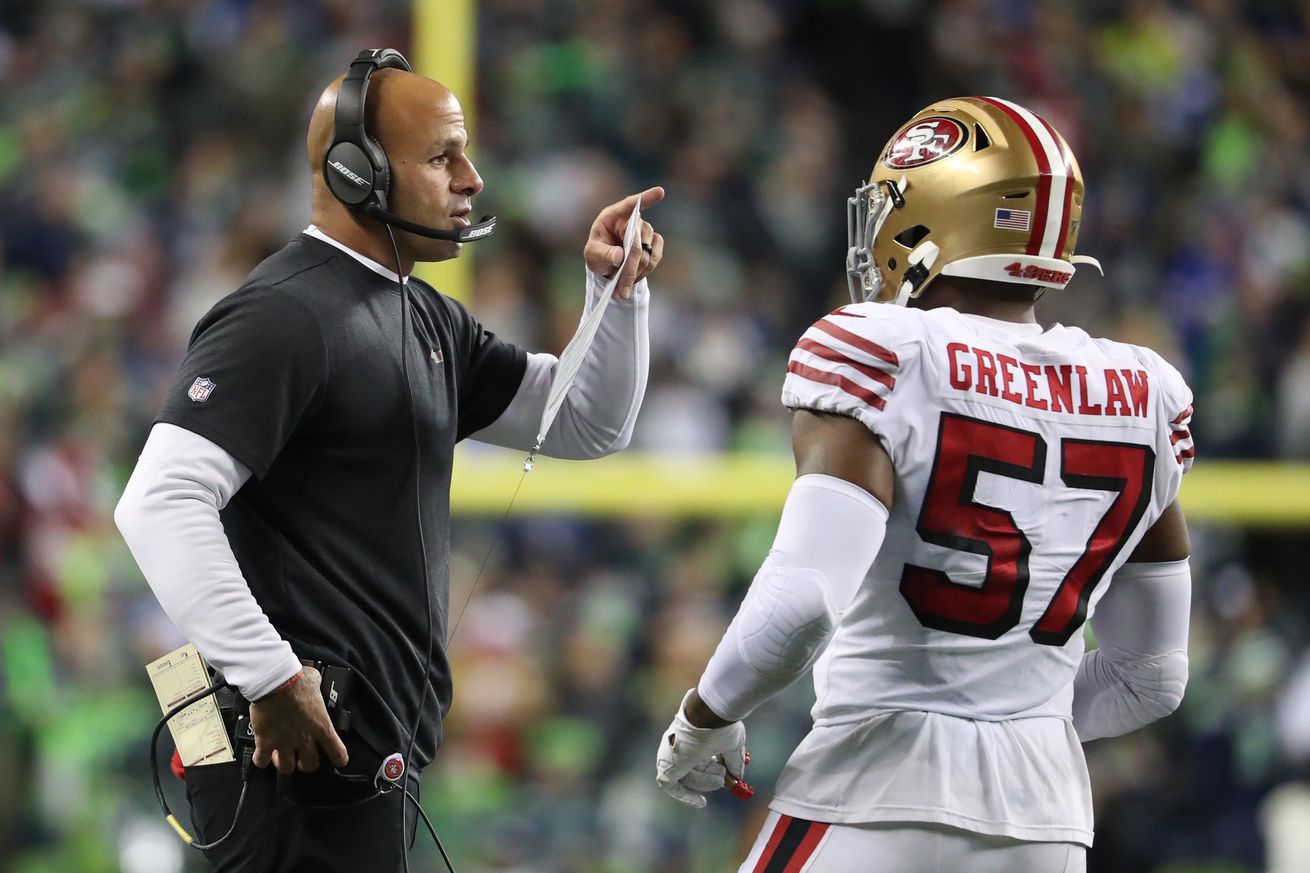 49ers’ rookie linebacker Dre Greenlaw has his “Malcolm Butler” moment, as San Francisco stops the Seahawks on the goal-line to clinch the NFC’s No. 1 seed.

With 4:17 left in the fourth quarter, the Seattle Seahawks were down 26-14, and San Francisco’s win probability was 95.7 percent, per ESPN’s FPI.

Despite the unlikely circumstances, quarterback Russell Wilson put his MVP hat on and led his squad to a 4th-and-goal from the 49ers’ five-yard line down 26-21. In this decade, the Seahawks have not had the greatest luck on the goal line in game-winning situations, and that continued on Sunday night.

With less than 20 seconds remaining, Wilson found tight end, Jacob Hollister, right at the one-yard line, but rookie linebacker Dre Greenlaw stops the Seahawks’ pass-catcher dead in his tracks, limiting his forward motion and ending the game right there.

As the 49ers clinch the NFC West division title and the NFC’s No. 1 seed with a 13-3 record this season, their win in Seattle’s house of horrors epitomized this team’s ability to win in numerous ways. San Francisco has won teams by blowing them out, by holding them to low scores, by coming from behind and by protecting a lead.

When the San Francisco Giants won the World Series in 2010 – that team was deemed Band of Misfits – and their football neighbor in the South Bay might carry that nickname this season.

The team’s headlined by stars – from quarterback Jimmy Garoppolo to tight end George Kittle to pass rushers Nick Bosa, Arik Armstead, and DeForest Bucker to corner Richard Sherman. But make no mistake, the 49ers are 13-3 squarely because of the performance of their depth on both sides of the ball.

Early in the season, injuries to tackles Joe Staley and Mike McGlinchey threatened to ruin the 49ers’ offensive cohesion. Still, backups Dan Brunskill and Justin Skule did not miss a beat, allowing San Francisco to rattle off eight straight wins to start the season.

On the back end, linebacker Kwon Alexander has been out with a torn pectoral, but fifth-round pick Dre Greenlaw is inserted and leads the team with 13 tackles and game-sealing stuff on 4th down in Seattle.

San Francisco’s season has been filled with unsung heroes all over the roster, that have stepped up in different ways at various times to help the 49ers tally victory after victory.

While Wilson was driving down the field to win the game potentially, the “I have seen this movie before” thought crossed through my mind, as the Seahawks have historically found a way to win these types of close games – especially at Century Link Field.

Yet, as the Seahawks’ franchise quarterback stepped up to the line of scrimmage and found Hollister at the goal line, Greenlaw’s stuff was all that will be remembered from this duel.

San Francisco celebrated its most significant win in the Kyle Shanahan and John Lynch era, yet it comes because of another unsung hero stepping up in the clutch moments.