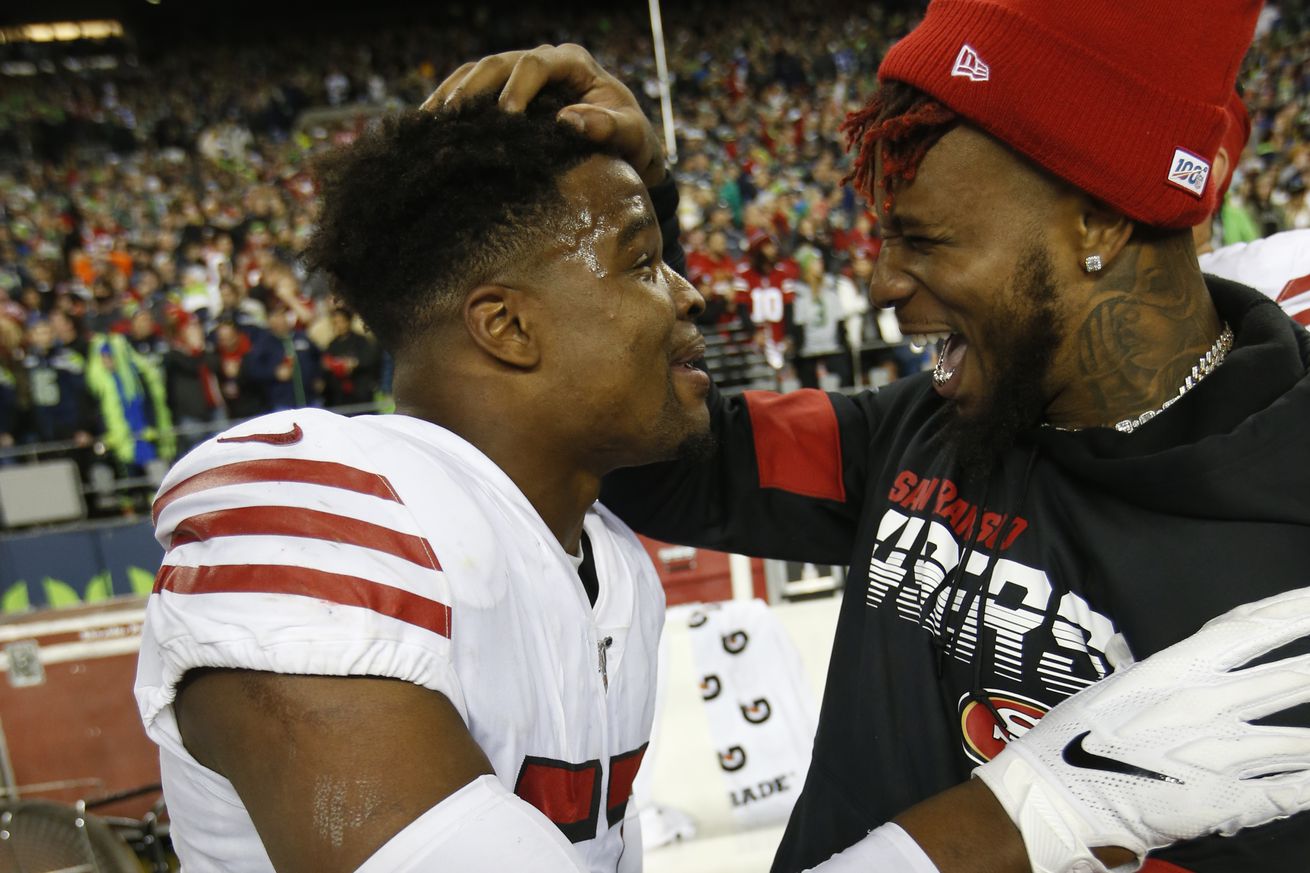 The Vikings live in 12 personnel, so this makes sense

So now that we know San Francisco 49ers linebacker Kwon Alexander might play in the NFC divisional round, the question was what happens to Dre Greenlaw? He’s no Alexander, but he’s filled the void nicely, and it’s just his rookie season. There’s also this thing that no one is talking about.

So what’s the plan? SI’s Albert Breer wrote on what he heard in his latest MMQB article. He confirmed what was reported Sunday and also went into detail on what the 49ers are planning with Alexander and Greenlaw:

5. So it looks like Kwon Alexander is going to pull a J.J. Watt. I’m told the 49ers linebacker has a “legit” shot to play on Saturday against the Vikings (ESPN’s Adam Schefter was first on this yesterday)—which would mean coming back from a torn pec in just over two months, similar to what Watt just pulled off. Alexander was a big difference-maker for the Niners earlier in the season, bringing a lightning-quick presence to the center of a defense defined by its speed. Now? Well, San Francisco has effectively replaced him with rookie Dre Greenlaw, who made the biggest play in the team’s Week 17 division-clinching win over Seattle. So maybe the jump in play won’t be that noticeable. But the players there have seen how Alexander has been grinding over the last month to be in a position to play in January, so there does figure to be a little bit of an emotional boost there. And I’m told that Alexander and Greenlaw will be together on the field some, along with middle linebacker Fred Warner, particularly because the Vikings are in base defense so much.

So there you have it. Given the fact that the Vikings are in base personnel an astounding 87% of the time, it’s no surprise that both Alexander and Greenlaw will be on the field together. The question now becomes who plays where. I already wrote about how Alexander is the heart and soul of that defense, and the moment he was off the field was the moment the defense started springing leaks.

The fact Alexander is back really should help the morale. And the 49ers need it considering they are going up against the Minnesota Vikings after that epic win they had against the New Orleans Saints. They could use an energy boost in general, and there’s no better person to do than Kwon.

Regardless of how Alexander is used, the 49ers will at least have tremendous depth behind him in case they need to pull him. As we’ve said, it’s not about getting Greenlaw off the field, but replacing Al-Shaair. We’re all fine with Greenlaw entering the game and not letting the place go ablaze, but as I’ve said, he’s just not at the level Alexander is at yet. And that’s okay.