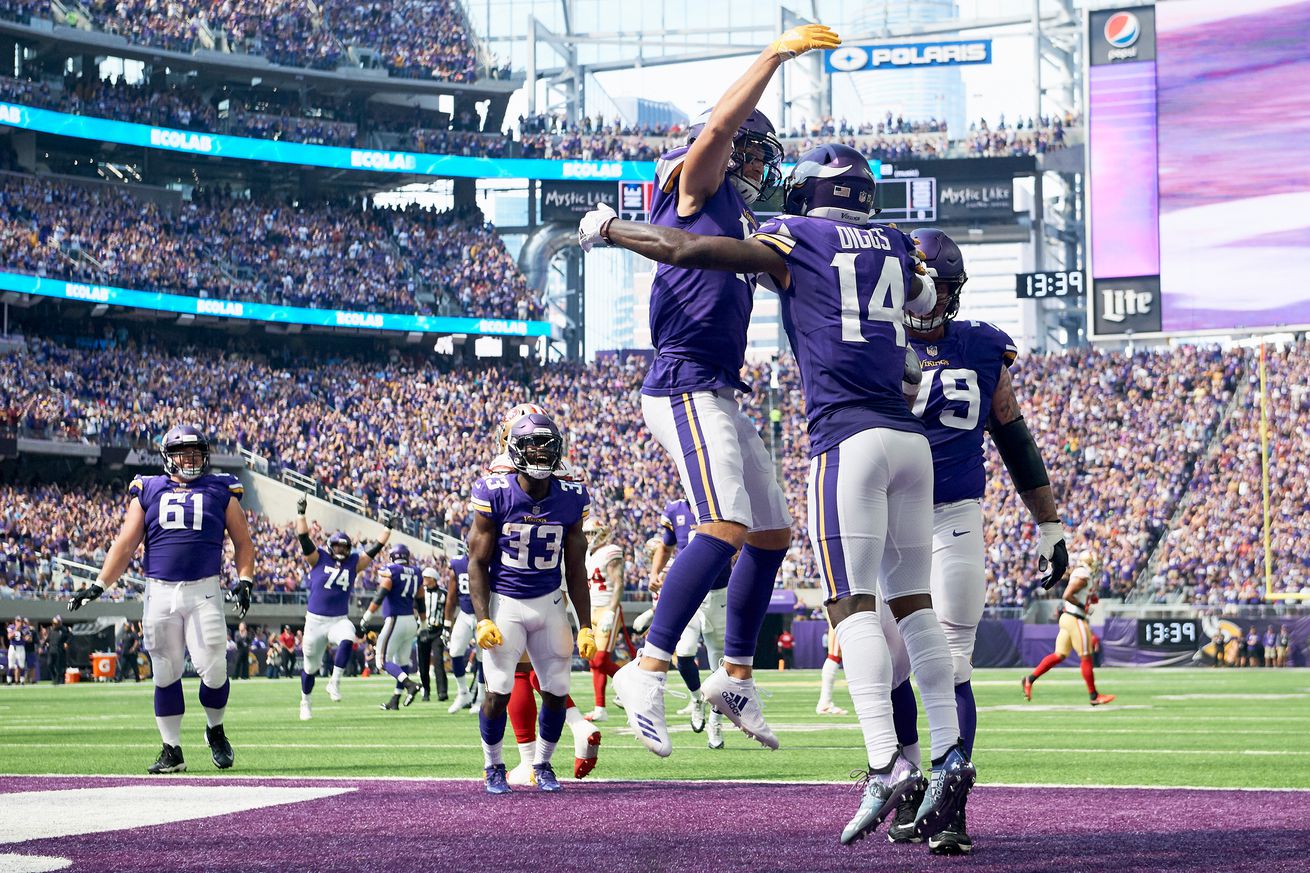 As the week goes on, we’ll compare the matchups between the San Francisco 49ers and the Minnesota Vikings. For example, Adam Thielen versus Richard Sherman. Before we get there, how about we compare position groups head-to-head. Let’s start with the secondaries. Both units have given up their share of big plays over the last month of the season, but for very different reasons. Minnesota has had coverage busts left and right, while San Francisco is in position, but they haven’t made plays. Let’s break it down.

My disclaimer here is that the grades are based on targeted plays only and not the other 50+ plays that happen during the game, so keep that in mind. So when you see people on the internet referencing PFF stats like “yards per route run” and “yards allowed per coverage snap” it’s a flawed stat as you can be open, have the QB miss you, and you don’t get credit for being open, so yards per route run doesn’t apply. Here is a breakdown of both teams cornerbacks:

During the regular season, Xavier Rhodes allowed a completion percentage of 83.8% on 66 targets. His success rate was 30%. Both of those are dead last in the NFL for players with a minimum of 40+ targets. He also committed ten penalties. The average success rate is right around 50%. There’s no doubt who Kyle Shanahan will attack.

As you can see, it’s not just Rhodes that’s struggling. For a perimeter cornerback, allowing anything in the 60s for a completion percentage is bad. Ideally, you’re somewhere in the mid-50s. Each Vikings cornerback is below average. Since Week 10, the Vikings are allowing the tenth fewest explosive passing plays. So they’re keeping everything in front of them, but it’s at the expense of giving up yardage. During that same time, the Vikings pass defense is allowing 52% of passes to be successful, which is seven percent below league average.

For the Niners, they were on a ridiculous tear during the first half of the season. Their success rate as a passing defense was hovering around 30%. Even if everyone stayed healthy, that was going to be tough to sustain. Since Week 10, they’ve dipped a bit. The pass defense dropped to 47%. Factoring in all the injuries, I think Robert Saleh would take that. What Saleh can’t tolerate are big plays. Despite the turnover on defense, the 49ers remained one of the best teams in the NFL at limiting the big passing play. From Week 10 on, San Francisco allowed the fourth-fewest passing plays of ten or more yards.

We talked about this on the podcast, but from a skillset point of view, Emmanuel Moseley has to be the guy this game for the 49ers. Make Minnesota sustain drives. If they beat you, it’ll be because they had multiple 10-play drives. Don’t let Thielen or Stefon Diggs beat you over the top.