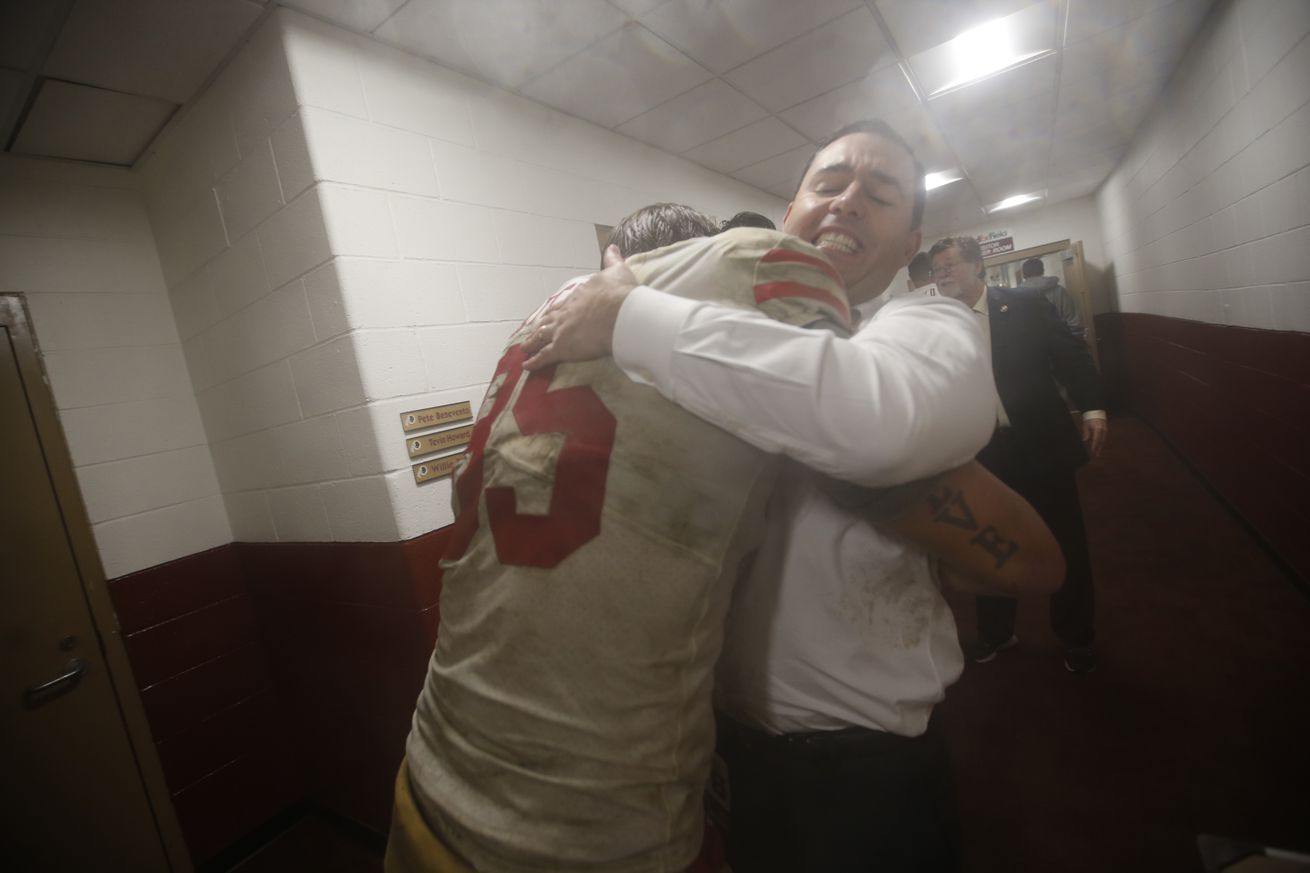 There’s something with this team.

There was a speech Jed York gave a year ago after the 49ers beat the Denver Broncos that always resonated with me. In tears, after his brother Tony died days earlier, York made a speech telling the team to know how good they could be. I know that York might have a negative perception with the fanbase given how the Jim Harbaugh situation ended, but it was hard to not really feel for his emotional pain, and be inspired by what he told.

Here’s the speech from 2018, because it’s important to hear.

Who doesn’t want to run through a wall for that guy after hearing that? I kept wondering when I’d want to reset that speech based on the 49ers’ success, and realized Saturday was the one-year anniversary of Tony York’s passing. Tony York died on December 7, 2018 and the 49ers dedicated their victory over the Denver Broncos to him.

On Sunday, following a wild victory against the New Orleans Saints, Dr. John York made a speech that needs no clarification or commentary. Just listen to it.

This one meant more.

A lot of fans are loyal to Eddie DeBartolo and also not happy with some of the decisions made the last two decades by the Yorks, but even with that, it’s hard to not get swept up in this.

The 49ers have something special and I’m not talking about the 2019 season. Kyle Shanahan and John Lynch have made a brotherhood in the locker room and one that looks out for each other.

It might be hard for free agents to leave this team.