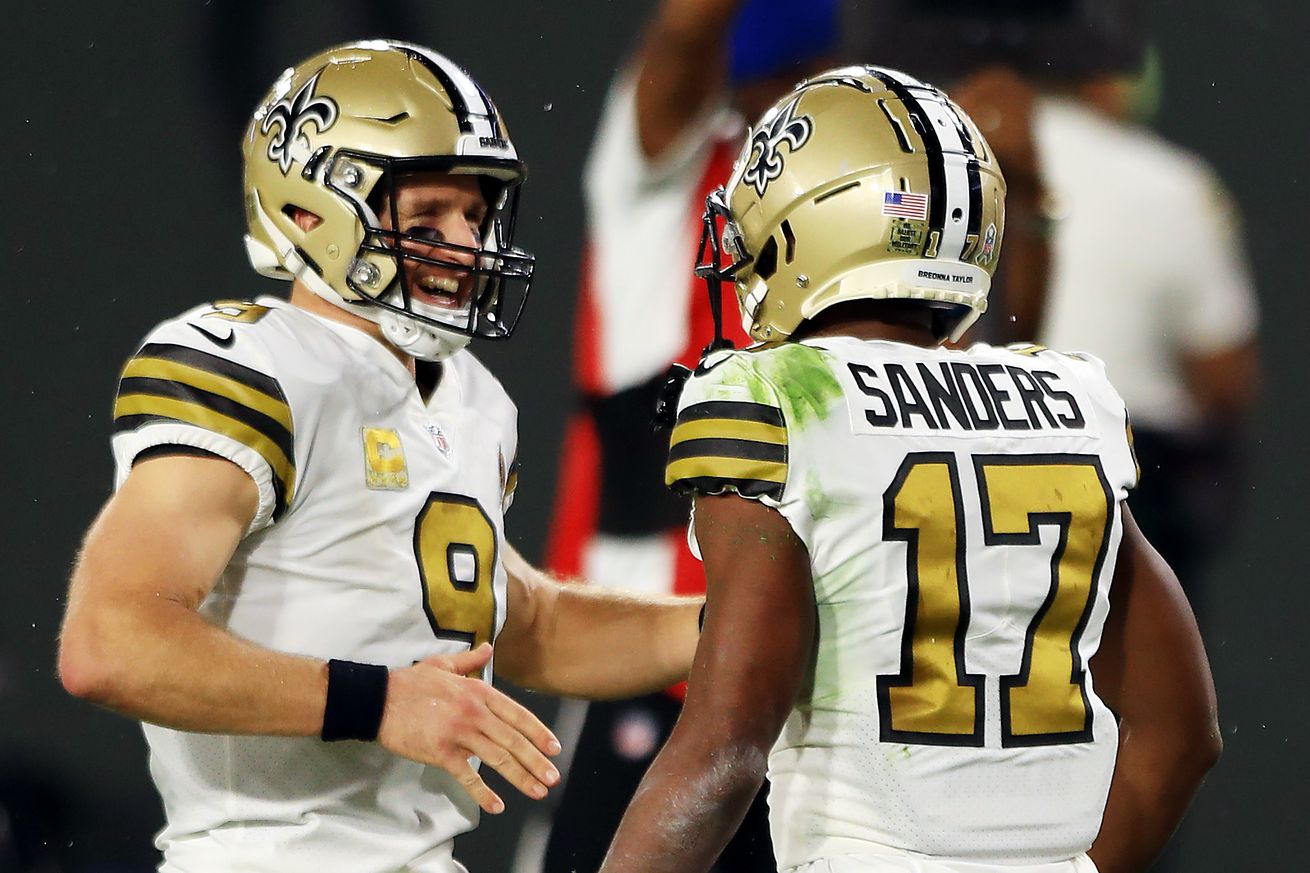 Chris Dunnells helps us preview today’s game, and what to expect from a former 49er

Chris Dunnells of Canal Street Chronicles was kind enough to take the time and answer five questions ahead of today’s matchup. We asked Chris about last Sunday night, Emmanuel Sanders, what it would take for the Niners to pull off the upset, and what makes New Orleans such an impressive team.

There has been a lot of talk about how the Saints blew out Tampa Bay and that New Orleans is the cream of the crop in the NFC. Are you buying that, or was last week more of a “fluke” as far as the results of Sunday night football go?

Last week was the first time all season the New Orleans Saints were fully healthy, or at least as healthy as they could be. It was Michael Thomas’s first game back since getting injured in Week 1. It was Emmanuel Sanders’s first game back after missing two weeks due to a positive Covid test. Even back in Week 1, the Saints were missing their young up-and-coming defensive end, Marcus Davenport (who has led the NFL in quarterback pressures since his debut against the Los Angeles Chargers in Week 5) and Cesar Ruiz, the Saints 1st round pick in 2020.

The offensive skills positions were as healthy as they could be, and the Saints had everyone active in the trenches on both sides of the football. I think we’re finally seeing what this Saints team could be when they’re at their best.

What was the reason for Emmanuel Sanders’s slow start to the season, and do you think he’s lived up to preseason expectations?

Emmanuel joined a new team and had to develop chemistry with a new quarterback without the benefit of a preseason. If you take the first three weeks of the season and treat them as preseason games in your mind, Sanders averaged only 30 receiving yards per game. In the three games he’s played since Sanders has averaged 84 receiving yards per game. Considering Sanders was only brought in to be a #2 receiving option for the Saints, I’d say he’s definitely lived up to expectations so far. He’s not supposed to be an elite, #1 option in this offense. His presence is just expected to help ease the attention opposing defenses can spend on players like Michael Thomas and Alvin Kamara.

The 49ers are 9.5-point underdogs. Not many people are giving them a shot. The Niners will win this game if _____?

The Saints are not taking this game seriously and are instead looking past the 49ers and at the divisional matchup against the Atlanta Falcons.

Let’s be honest: on paper, the Saints should win this game. Last year, these two teams met in the Superdome, and the 49ers were able to eke out a 48-46 team. This time, not only are the Saints healthier than they were from the 2019 matchup when the Saints were down all of their linebackers except for Demario Davis, the 49ers are missing some of the key players who made a big impact in last year’s contest. George Kittle (67 yards and a TD), Richard Sherman (led the team in tackles), Jimmy G. (349 passing yards), Nick Bosa (2 tackles), and Raheem Mostert (109 scrimmage yards and 2 TDs) are all absent this go-round. On top of all of that, the leading receiving from last year’s game, Emmanuel Sanders (157 yards and a TD), will be wearing a different jersey.

The 49ers are still a talented team, and if the Saints don’t show them the respect they deserve, they could be the victim of an upset this week.

What’s one thing on each side of the ball that makes the Saints such a tough opponent?

On offense, it still comes down to Drew Brees’s ability to diagnose plays at the line of scrimmage and audible into formations and routes that give him the best opportunity to attack the short and intermediate throwing lanes. He might not be able to kill you with deep balls anymore. Still, with enough playmakers who can line up wide – like Emmanual Sanders, Michael Thomas, Alvin Kamara, Jared Cook, and even Taysom Hill – Brees can force opposing defenses to get into a mismatch somewhere in the alignment. Brees is still accurate enough to deliver an on-target pass.

On defense, it comes down to the Saints’ depth on the defensive line. Everyone knows about All-Pro defensive end Cam Jordan, but Trey Hendrickson (behind only Aaron Donald and Myles Garrett in the NFL in sacks) is finally getting the attention he deserves. Then there’s Marcus Davenport, a former first-round pick, who missed the first four weeks to injury, who has helped the Saints lead the league in pressure rate since his 2020 debut in Week 5, according to PFF.

The Saints have quality depth on both the offensive and defensive lines, which has allowed a rotation that keeps everyone fresh late into games.

Your score prediction, and why?

Sean Payton should hopefully be able to keep his guys focused and ready to go this week. I’ll say the Saints, for all of the reasons I discussed above, should be able to take care of business, so I’ll pick the Saints 28-17.