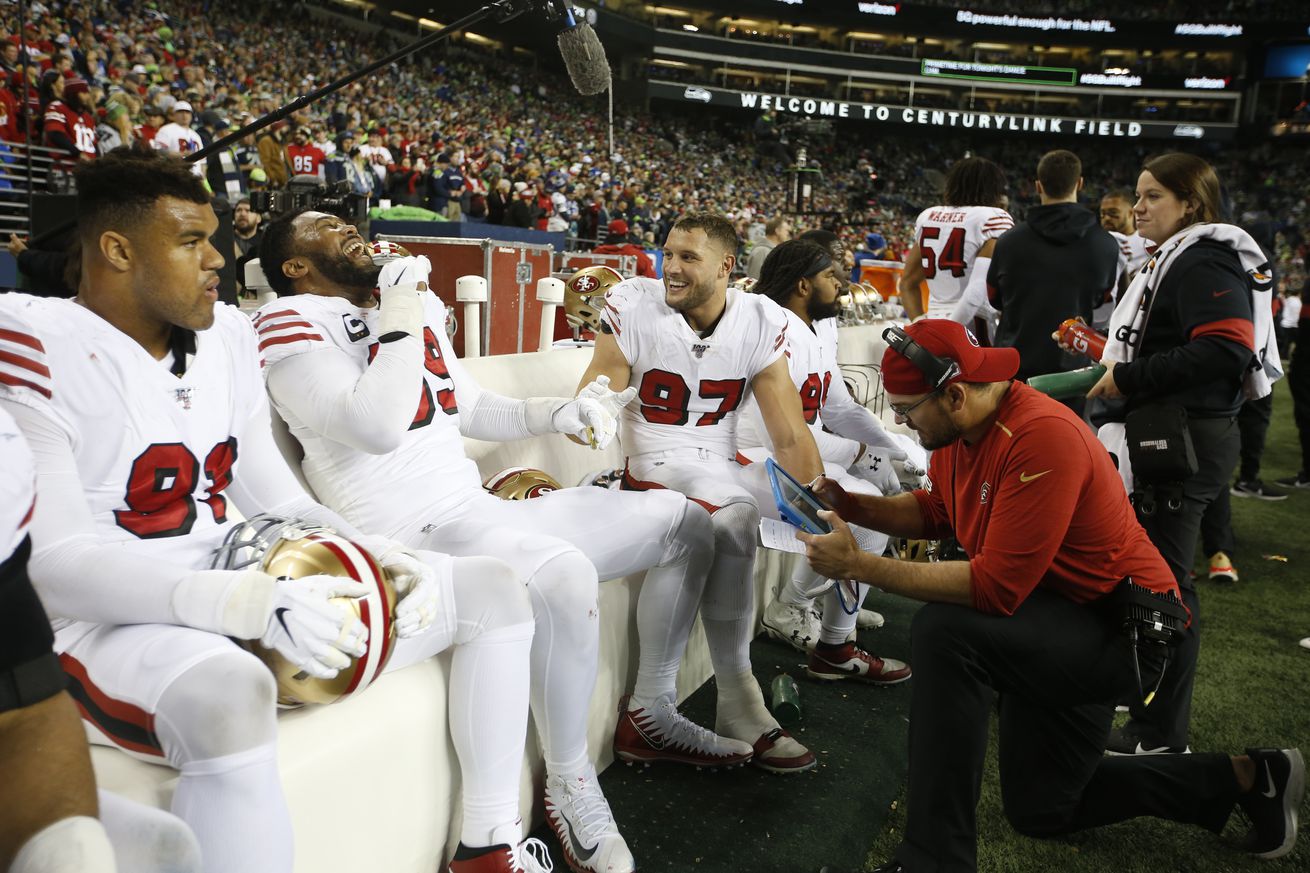 Last Sunday’s win over the Seahawks gave the 49ers a long needed and well deserved bye week. They’ll no doubt use that time to rest after playing 13 consecutive games without a week off. Only one other team in the entire league was asked to play 13 straight regular season games without a break, and that was the New York Jets.

But the players and coaches aren’t the only ones in desperate need of a bye week following that long stretch.

I think that I can speak for almost all 49ers fans when I say: we need the break too!

Now, we may not be physically spent the way that the players are, but emotionally we are drained.

The fact is, despite the 13-3 record, we were never able to relax.

How bad was it?

And thanks to the boys taking care of business in Seattle last Sunday, I’ll get that rest.

And so will you.

And now, onto those links:

Why the 49ers signed a ‘retired’ Niner for their playoff run (Mike Moffitt, SF Gate)

Cowboys decide to ‘move on’ from coach Jason Garrett after 13 seasons with franchise, per report (Dan Schneier, CBS Sports)