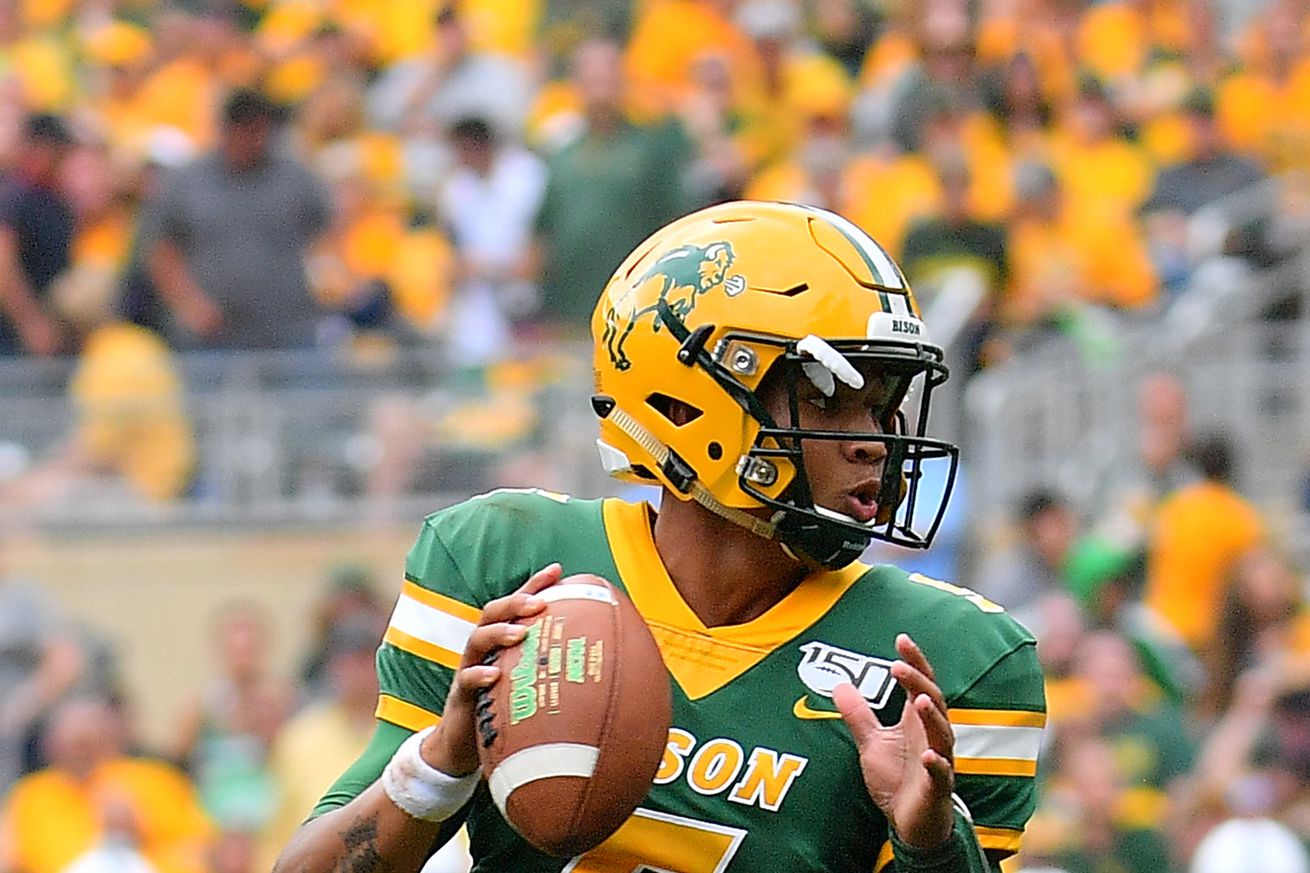 Ten bold predictions for second half of 2020 NFL season: Buccaneers win it all, 49ers brace for big QB change

It’s up for debate whether Jimmy Garoppolo is likely to even play again this year, now that he’s out indefinitely with the aggravated ankle injury. But try this one on for size: Jimmy G could easily be done in San Francisco altogether. Had just a few plays gone differently in Super Bowl LIV, maybe we’d be talking about him differently. But the reality is he’s still only started 30 games for the Niners, during which he’s mostly been good, not great. Throw in the fact the 49ers can clear almost all of his remaining contract off the books without penalty, and the fact team brass admittedly entertained replacing him with Tom Brady before 2020, and the writing is on the wall. Keep your eye on Kirk Cousins, Matt Ryan or even Sam Darnold in 2021.

Could the 49ers move on from Jimmy Garoppolo? Options to replace him in 2021, plus San Francisco’s other issues

Ranking the options to replace Garoppolo in San Francisco

The difficult part of giving up on Garoppolo is that the 49ers would need to have a better solution. Again, going back to those three quarterback characteristics, their replacement for him might not actually be a more talented passer. Landing on a similarly talented quarterback who doesn’t earn as much or an adequate passer who is more reliable could make sense for San Francisco. In relative order of likelihood, here’s who that quarterback could be:

Of all the options, Garoppolo is still the most likely person to be under center for the Niners in Week 1 next season. Teams aren’t often rational about their quarterbacks, and this regime has publicly scoffed at any suggestion that he won’t be the long-term starter. After a wildly frustrating 2020, though, the Niners might have to reconsider their plans if they want to make a trip back to the Super Bowl.

Every player on the 49ers should aspire to be on Warner’s level.

If every player was able to match or even come close to the fire that Warner brings every game, then perhaps this teams wins an extra game or two. When Warner steps onto the field, he steps on knowing he is THE man. There is no question or doubt about what he can do and he shows it every time he goes out there.

You cannot say that about the rest of the 49ers.

Sure, there are a handful of players that are always gonna bring it and consistently execute. But there is a reason the 49ers are 4-5. It is because they do not have those players with that right mindset, energy and level of execution. What you actually see is a lot of players not owning up to their errant plays and being content with their average performance like a Mike McGlinchey or a Jimmie Ward.

Barring a decision that emulates the Jets 2020 season or the Jets organization as a whole, Trevor Lawrence will more likely than not be the quarterback of the future for the Jets, leaving Darnold available for teams to get on their team. Darnold at 23 years old has the capabilities to become one of the best quarterbacks in the league, as his intelligence and his ability to make plays with both his arm and his legs brings promise to any organization that brings him in.

Updated list of 49ers on Injured Reserve after Week 9

The 49ers have made several changes to their Injured Reserve list, including the addition of a couple new starters.

San Francisco heading into Week 10 will have 13 players, including eight total starters from either side of the ball. While they do expect some to return from IR, it’s hard to imagine they’ll be forcing players back into action with their season rapidly slipping away from them.

One player on the list, running back Raheem Mostert, could be activated prior to the 49ers’ Week 10 game in New Orleans per head coach Kyle Shanahan. With more than a week until that contest though, Mostert’s practice window remains closed while he sits on IR.

49ers Could ‘Get Weird’ at Quarterback: Report

ESPN’s Jeremy Fowler reported the 49ers like Garoppolo but could opt to look for a more athletic, dual-threat quarterback for next season.

“Well, this is projecting a bit because the 49ers do like Jimmy G,” Fowler explained on SportsCenter. “There is a good chance he could be back next year, certainly. But if they feel that the injuries are just too much to handle and they need to move on, I’ve talked to many coaches and coordinators around the league who believe Kyle Shanahan, one of the brilliant offensive minds in the game, should go all out on a young, athletic QB instead of going the veteran route, trading for a Kirk Cousins or a Matt Ryan. Go exciting and amplify that running game with a guy who can get out wide and get weird in the NFC West and go win it.”