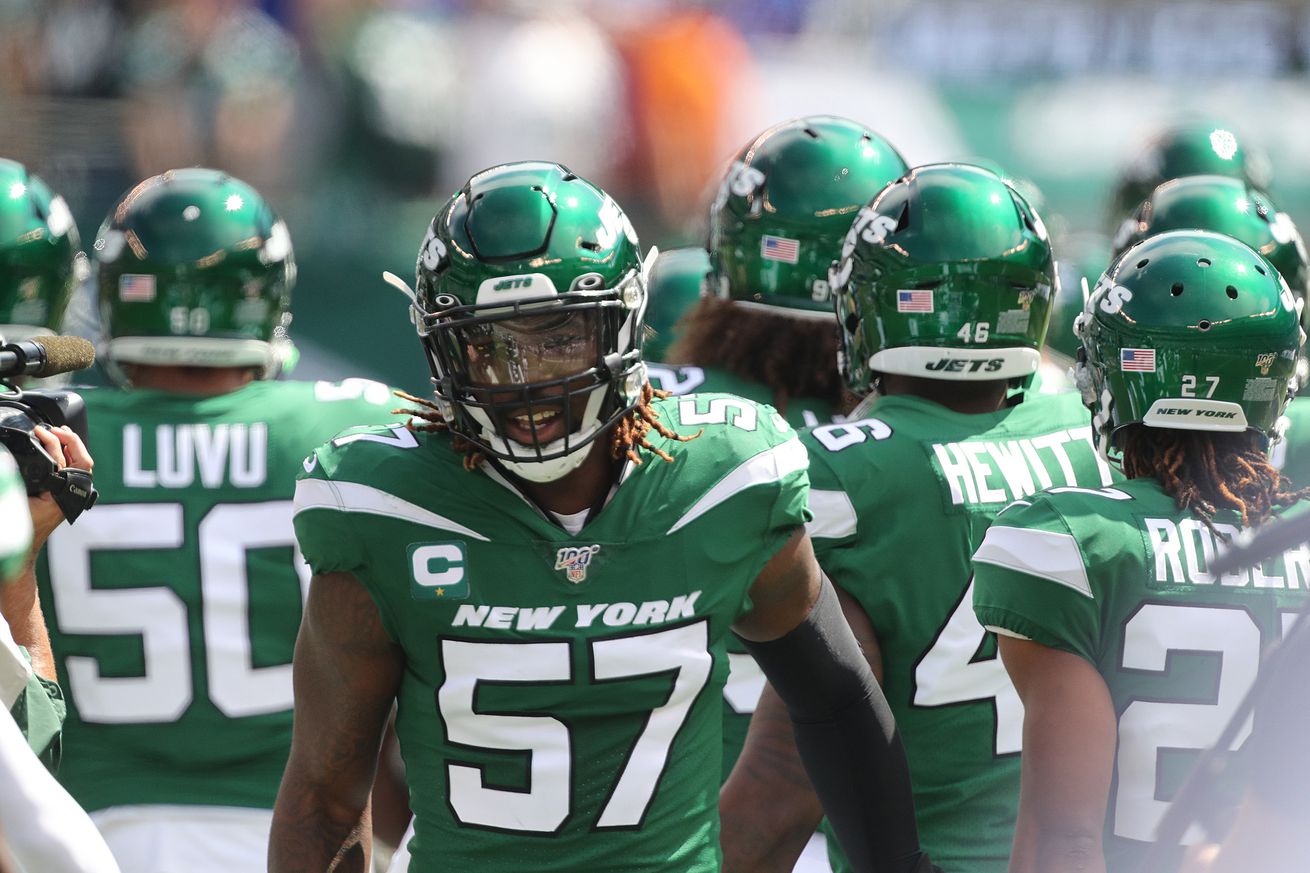 Happy Sunday. Remember last free agency when we argued whether the San Francisco 49ers should sign Kwon Alexander or C.J. Mosley? The Jets linebacker opted out on Saturday, after missing the majority of 2019.

Mosley, whose first season with the Jets saw him play only two games due to injury, is opting out due to family health concerns.

Following a five-year run with the Ravens that included a quartet of Pro Bowl nods, Mosley was a much-ballyhooed free-agent signing for the Jets ahead of the 2019 season. However, he played only two games due to a groin injury.

Now, though for vastly different reasons, Mosley will be gone for all of the upcoming season. In his five years with the Ravens, he played in 77 of a possible 80 games.

This is a big sit-down process I had, with me and my significant other, as far as family goes. The risk factor in which we believe that’s going out there, it just wasn’t worth it in a sense. Just too many unknowns. We knew New England, honestly, had a great system in place. But I told Coach [Bill Belichick], at the end of the day, I wouldn’t be doing him justice going out there because I wouldn’t be able to give him my all knowing my family was back at the house worrying about their situation.

“I don’t think there’s any replacing Joe Staley. But I think what Joe did such a great job of was, he did instill a lot of great values and virtues into most of the team and all the guys that he got to communicate with. … We’re going to have guys and we’re all going to have an opportunity to step up and fill the shoes that Joe left behind.

When we got Emmanuel, the whole room changed,” Samuel said. “I mean, he brought the leader mentality, like the vet mentality that we needed in the room. Any time we needed advice or anything, he was always there. The things that he told us about the game, whether it’s like on the field or off the field, taking care of your body and things like that. But the loss of him, it was kind of big.”

The 49ers still have leaders. They welcome back previous captains such as cornerback Richard Sherman, kicker Robbie Gould, Kittle and quarterback Jimmy Garoppolo. Among those who likely will be in the mix to be captains are Williams, linebackers Fred Warner and Kwon Alexander, tackle Mike McGlinchey and Armstead.

It took the San Francisco 49ers seven years to turn their interest in owning a piece of an English soccer team into reality. Now, two years after buying a 10 percent stake in Leeds United, the 49ers’ owners are looking to increase their investment, and their involvement, in the storied club that two weeks ago won promotion to the Premier League.

Executives representing the 49ers and Leeds United’s majority owner, Andrea Radrizzani, are in talks about increasing the N.F.L. team’s share, according to Paraag Marathe, the 49ers executive who has sat on the soccer team’s board since San Francisco’s initial investment in 2018.

While the 49ers only hold a minority share, they have hardly been passive investors in Leeds. Top executives, including Marathe and Jed York, the 49ers’ chief executive, had been regular visitors to Leeds’ Elland Road stadium until the coronavirus pandemic shut down global travel. Marathe said he and York had traveled to Leeds, a city in northern England, once every five to six weeks.