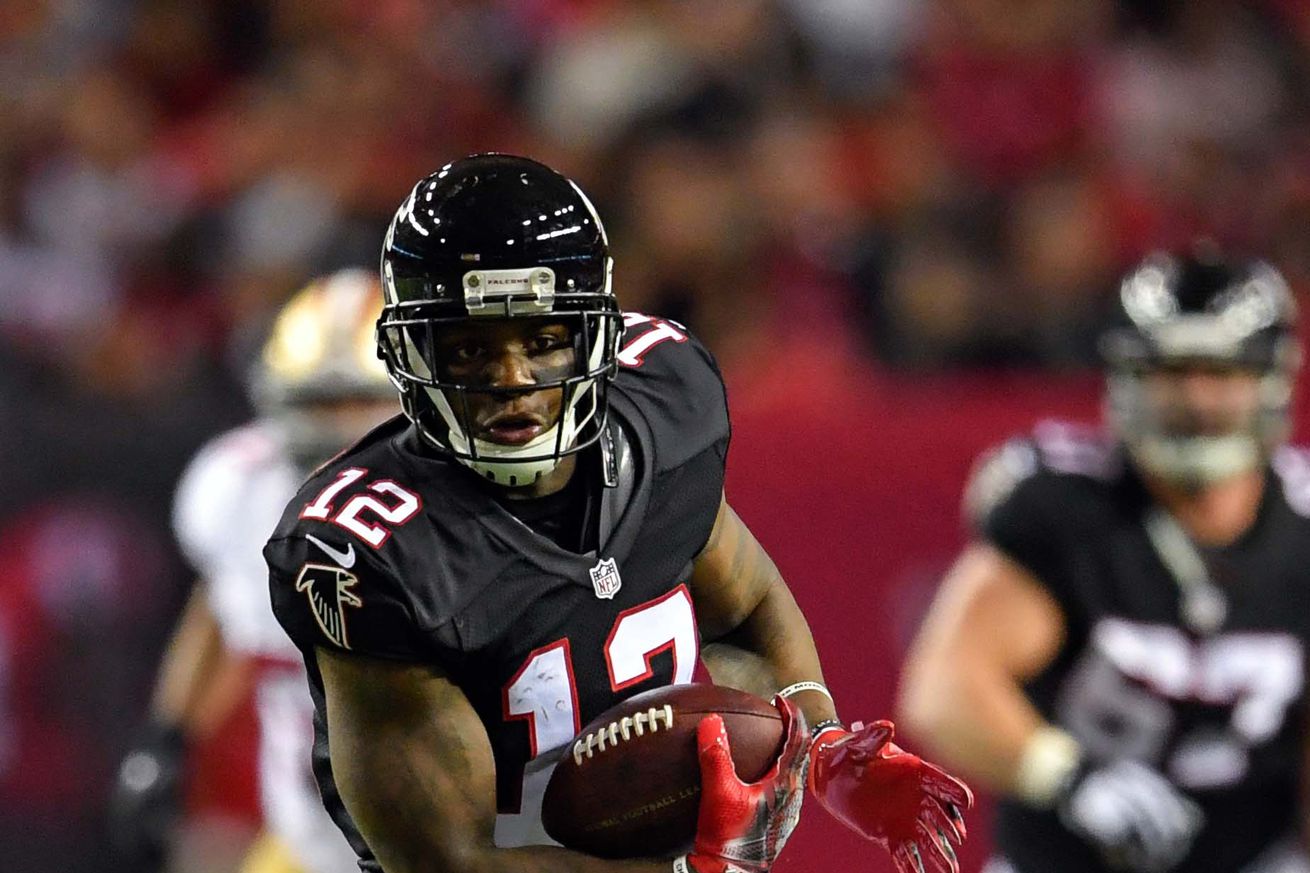 The San Francisco 49ers players seemed to be in good spirits Thursday during their media availability. Mohamed Sanu talked about his friendship with Kendrick Bourne, George Kittle was happy to play football again, and Dion Jordan praised Arik Armstead, his former college teammate.

“I love [Bourne’s] game, how he is kind of similar (to myself), in a sense,” Sanu told reporters on Thursday. “We just always would communicate through Instagram or text. We just happen to be on the same team now. … It’s been cool to be around him every day. He’s a big ball of energy, a great personality, great athlete, better person. It’s fun to be around him.”

Sanu didn’t join the 49ers just to be a veteran mentor, though. He signed with the team to contribute on a championship roster. The receiver feels he can lead by example and take on a leadership role for the younger players.

“I just want to help out any way I can, for real,” Sanu explained. “We have a lot of talented young guys that just need some leadership. I feel like I can help in any way possible, whether it’s making plays or showing them how to make plays in critical situations because a lot of those guys are going to play and make key plays for our team.

“I just want to make sure they understand how to do it in certain situations or how to put their body where it makes it easy or more efficient for them.”

Multiple 49ers complained of how “sticky” the playing surface was and took to Twitter and their Zoom media sessions to vent their frustration after the game. While Shanahan acknowledged it was hard to draw a direct correlation between the injuries and the playing surface, he did say it was something his team talked about throughout the game.

An additional review of the playing surface at MetLife Stadium was held on Wednesday, and it was again verified that the field meets all applicable standards and protocols for NFL field surfaces, a league source tells ESPN’s Jordan Raanan.

Representatives from the NFL, NFLPA, MetLife Stadium, the Giants and Jets, FieldTurf and the independent field inspector conducted the review, the source told Raanan.

“I feel like I’m getting there,” Reed said Wednesday morning on KNBR’s “Murph & Mac” show. ”It’s definitely been challenging getting back after a year off from football. A lot harder than I thought it was gonna be.

“I’m just taking it one day at a time and trying to improve every day I get out here.”

Through the first two weeks of the season, Reed has played 38 snaps on offense. He never has played a full season, with 14 games played being his career high in 2015. He had 952 receiving yards for Washington that season and scored 11 touchdowns. Reed was a Pro Bowl selection the next season when he totaled 686 receiving yards and six TDs in just 12 games.

The 49ers’ New Path to the Super Bowl

Through the first two weeks of the season, there does not appear to be a dominant team in the NFC. The Seahawks, Cardinals, Rams, Packers, and Bears have all started 2-0. Of that group, the Rams have looked like the most complete team so far, balancing a potent offense with a solid defense, but the rest of the teams on that list have either played inferior opponents or have displayed a significant flaw.

It didn’t sound, however, as if Ansah would see a large number of snaps against the Giants. Ansah’s last action came in the 2019 season finale when his Seahawks lost to the 49ers and he didn’t go through a training camp in August.

The 49ers have issued Ansah No. 98. That technically wasn’t in use since defensive lineman Ronald Blair, who’s had that number since he was drafted in 2016, is on the PUP/reserve list.

Still, it must be odd for Blair to watch someone wearing his jersey number. Blair is eligible to return after Week 6 at which point either he or Ansah would have to find a new number.

The former Detroit Lions defensive lineman has flown under the radar since his arrival in Santa Clara, but Hyder could be set for a breakout performance in the 49ers’ match up with the New York Giants on Sunday.

Hyder’s transition to the 49ers has been smooth, having worked with Kris Kocurek for three seasons while in Detroit. The coaching staff favorite had an impressive training camp and already has seen an increase in his snap count over the first two weeks.

Left tackle Trent Williams has faced Hyder in practice during Nick Bosa’s absence and has been impressed by what he has seen.

“Kerry had an awesome training camp,” Williams said on Wednesday. “I think you ask any coach around here, they’ll tell you he had an outstanding training camp. He’s a polished pass rusher.”