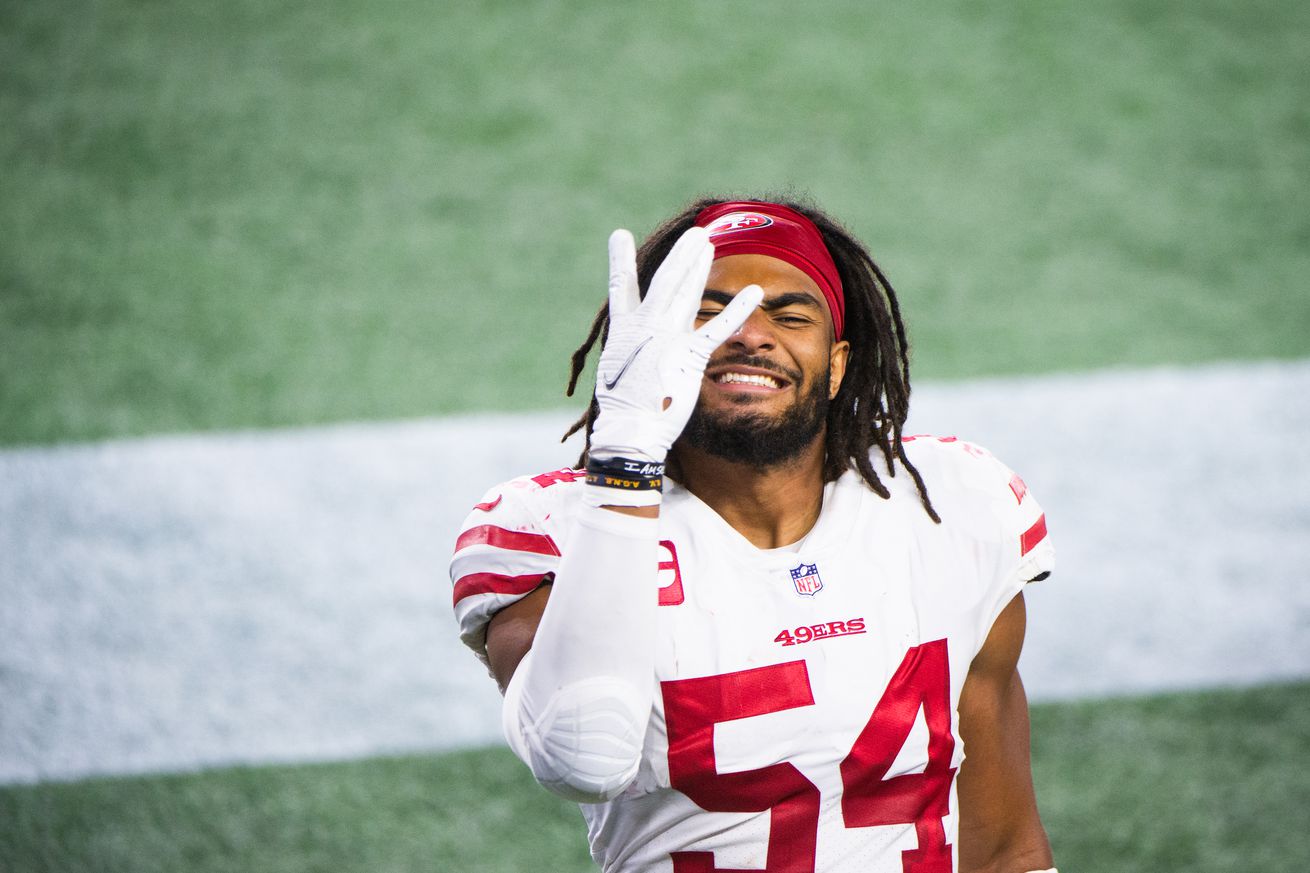 The San Francisco 49ers had their second statement win in as many weeks. The team did suffer a coupe of brutal injuries, and that could be costly against Seattle. We’ll find out more about said injuries later on Monday.

San Francisco went into Foxborough with only one goal in mind and that was to curb stomp the Patriots. And boy, did they accomplish that goal in convincing fashion. I think deep down inside, Kyle Shanahan wanted this win badly to show out against Belichick. He ran circles around him and delivered the knockout punch midway through the second-quarter.

The same can be said for defensive coordinator Robert Saleh against Patriots offensive coordinator Josh McDaniels. Sure, they were going against Cam Newton who has been average at best as a passer this season, but Saleh has his defense playing at a high-level. The secondary is smothering and the front seven can hold their own against the run. Complimentary football is back again for the 49ers

Ugly loss to Dolphins proving to be turning point for 49ers

“I think that’s just what we needed — that wake-up call to really spark a fire underneath us and get that sense of urgency back, because we know what we’re capable of,” 49ers linebacker Fred Warner said Sunday.

“It says a lot about the character of the guys in this locker room,” offensive tackle Trent Williams said Sunday. “Yeah, the loss to Miami was embarrassing, and we knew we were a lot better than what we put on tape. We didn’t sit there and point fingers. We came to work the next day, we suited up, we laced up the shoes, and we just worked. We worked our butts off, and it started to turn for us.”

13 thoughts on the Patriots’ loss to Jimmy Garoppolo’s 49ers

​”It would be unusual for a sports franchise owner or let’s just say any corporation or business to spend this kind of money even in a mayor’s race,” John Pelissero, the senior scholar at the Markkula Center for Applied Ethics, told the Mercury News​. “Instead this has all the appearance of attempting to buy four city council seats just to improve the private interests of the 49ers.”

The influx of cash drew sharp criticism from Santa Clara Mayor Lisa Gillmor, who has been tweeting regularly about the issue.

After the game, 49ers coach Kyle Shanahan gave an update on Samuel, saying the receiver’s hamstring “pulled on him” during a run. Shanahan said the 49ers are “hopeful” Samuel won’t miss too much time.

Hearing that the hamstring “pulled” on Samuel is an ominous sign for the 49ers, and almost certainly means he’ll miss next week’s game against the Seattle Seahawks.

If Samuel has to miss a few weeks, that could force the 49ers to explore the trade market for a wide receiver.

Samuel missed the first three games of the 49ers’ season after suffering a Jones fracture in his foot during the offseason.

For the 49ers, Brandon Aiyuk had a big game, racking up 45 yards after the catch and looking dangerous any time the ball was in his hands. The team also got snaps out of running back JaMycal Hasty and tight end Charlie Woerner late in the game between injuries and the game being done and dusted.

On defense, Javon Kinlaw was the only rookie to see snaps, playing 23 of them in total. Kinlaw flashed some ability but wasn’t consistently on the stat sheet. He had one defensive stop and one total pressure as a pass-rusher and showed some hustle plays further from the line of scrimmage.