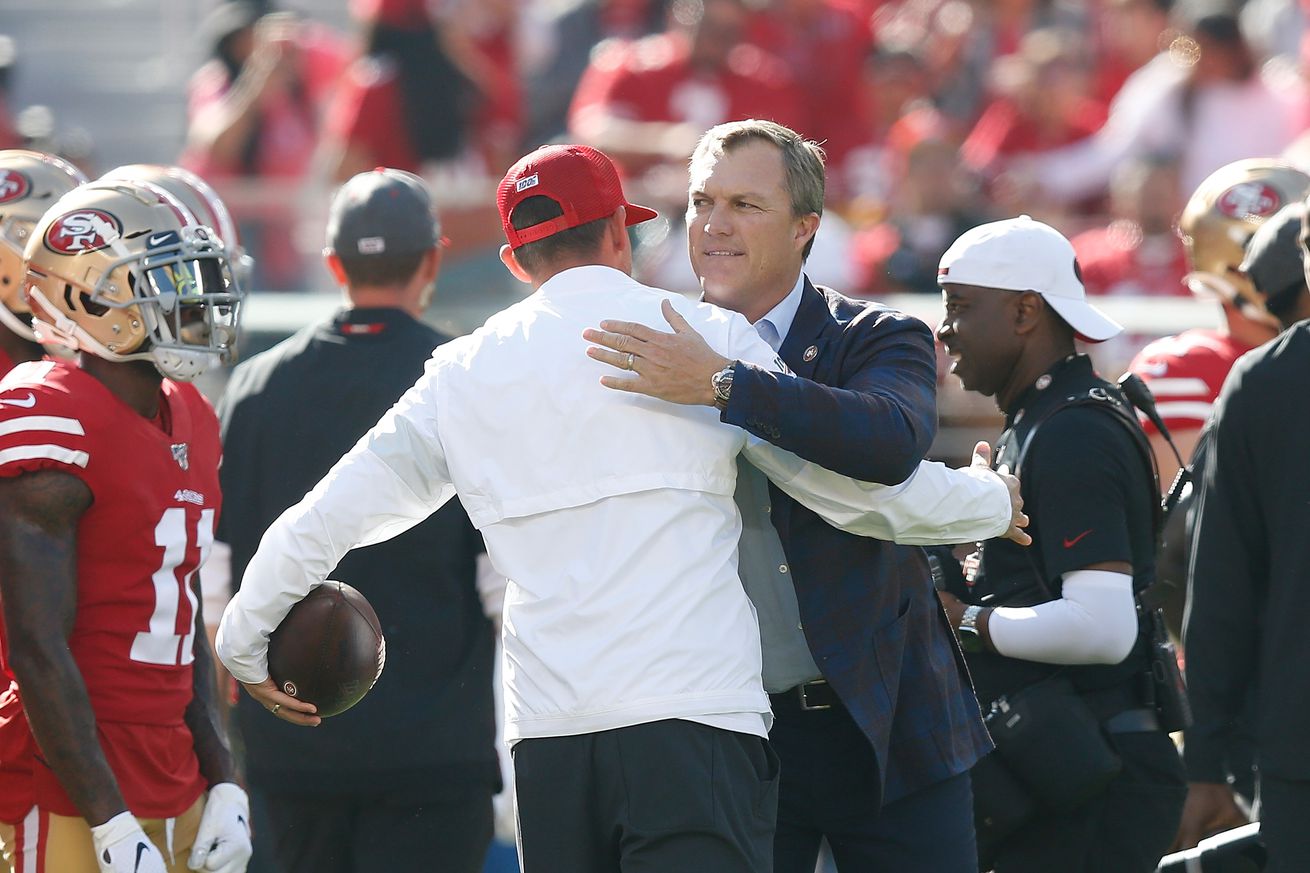 What do you think?

ESPN released their final Power Rankings for the season, where they had the San Francisco 49ers ranked second, but also had each team’s most notable moment of the decade. For the 49ers, it wasn’t reaching the Super Bowl or any of their other early decade success. It was hiring general manager John Lynch and head coach Kyle Shanahan. Here is the reasoning:

The 49ers had some success in the early part of the decade, even winning an NFC championship in 2012, which also could be the winner here. But when Jed York hired Shanahan and Lynch in tandem, he finally paired a coach and general manager capable of working together and building something sustainable. It took a couple of years, but the Niners are reaping the rewards now, claiming the No. 1 seed in the NFC and looking like a team loaded with enough young talent and organizational synergy to be a contender for the foreseeable future. — Nick Wagoner

Even though the 49ers didn’t win it all, it’s tough to argue reaching the ultimate goal, which is the Super Bowl. We’ve seen Lynch’s vision and plan come together in 2019. The general manager has taken some swings and misses, but it’s easy to forget that every team around the league has. Look no further than New England, who just traded a second-round pick for a wide receiver that’s done absolutely nothing. It’s not so much about the results as it is the process. Of course, you want every transaction involving adding a player to be a home run, but that’s not realistic. What we’ve seen from Lynch is the continued willingness to make sure San Francisco’s roster improves. The risks on injured players were frustrating at the time, and it shouldn’t be a surprise that they’re hurt now. Look at the 2019 NFL Draft, though. Look at some of the players the team has gotten contributions from. Daniel Brunskill, Ben Garland, Emmanuel Moseley, Laken Tomlinson. All have been key contributors this season, and all were acquired for pennies.

For Shanahan, our biggest complaints are clock management and when to go for it on 4th down. We could do a lot worse. There is so much talent on this roster, and Shanahan has done a great job of managing the players and coaching staff while maximizing what is now an efficient but explosive offense. Calling both of these hires the most notable event of the decade is debatable, but giving the two a third year to prove themselves was rewarded with the top seed in the NFC. Look at the New York Giants; they just fired their head coach after two seasons. That team drafted a quarterback and running back in the top-10, and Pat Shurmur didn’t get a chance to develop them. San Francisco didn’t have much success, albeit the team suffered some major injuries, but ownership made the right move.

What’s your thoughts on this, what was the most notable event of the 2010s for the 49ers?