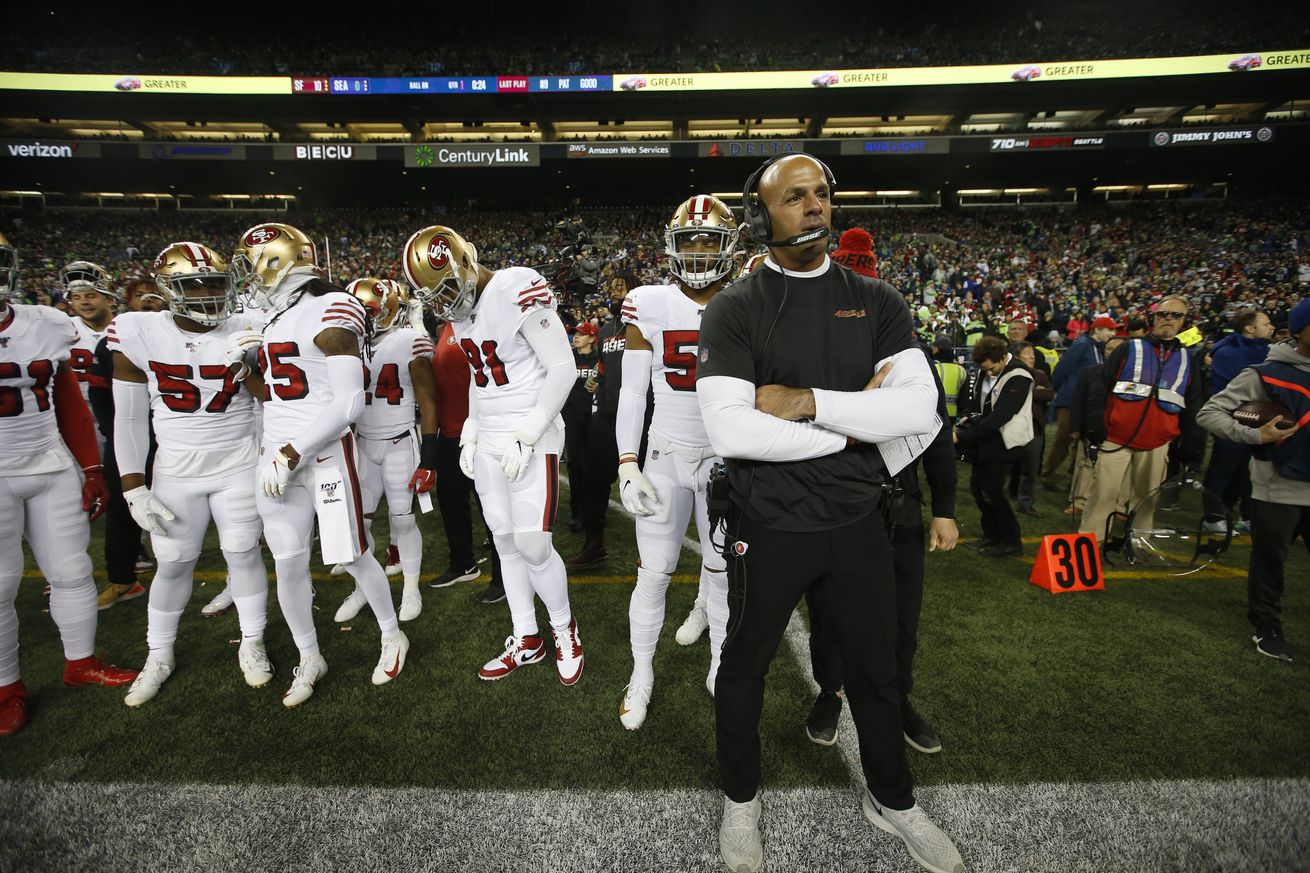 Yes, the defense saved the day Sunday, but should it have gotten that far?

Yes, Dre Greenlaw made a huge defensive stop and yes, the 49ers won on Sunday.

That’s up to you, but once again, Robert Saleh’s defense couldn’t get off the field. The bend, bend, bend, bend, bend, defense worked to slow down Russell Wilson and force the Seahawks offense into drives that chewed up the clock. There was some good, like that impressive fourth down stand where the 49ers defense met Marshawn Lynch in the backfield. There was also bad, like Ahkello Witherspoon not making plays on the ball and giving up touchdowns.

Speaking of Witherspoon, why was he left in there? Why after that first touchdown (which was more on Witherspoon being a beat late than anything else) was he not under the microscope? When he and Emmanuel Moseley have been neck and neck in ability and competition this year, why he’s left in there is a question of its own. It’s not like the 49ers have a practice squad player behind Witherspoon.

Thank goodness for Dre Greenlaw. And thank goodness he channeled his inner Dan Bunz to save the day. That doesn’t change the fact that the Seahawks had the 49ers on their heels. The 49ers offense was responding after each touchdown to keep the gap widened but when the defense could have gotten off the field and forced a punt, when they could have clamped down, they could. Not. Get. Off the field.

The playoffs are coming and the 49ers defense will need to step up. Getting Jaquiski Tartt, Dee Ford, and (maybe for the NFC Championship) Kwon Alexander back should help. I’ve said before that Vic Fangio has managed to make defenses formidable even with backups (see 2014 49ers). When Robert Saleh loses someone, there’s dire consequences. Having a healthy roster should help, but where’s your confidence at with him going into this?

We all know Robert Saleh’s seat isn’t hot, so I will spare you the Heat-O-Meter, but how confident are you in Robert Saleh going into the NFC Divisional round?