An underrated aspect of the 49ers’ climb up to No. 3 in this year’s draft is that it cost them no picks in the 2021 draft. The move not only jumped them to No. 3 in 2021, it kept them in contention to be factors in other areas of the draft. 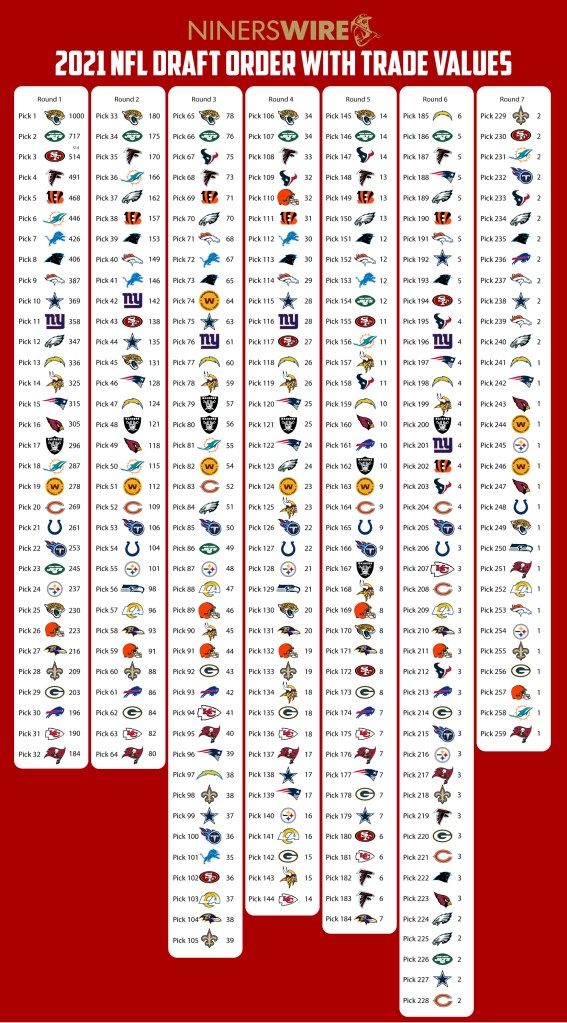 While the 49ers do hold nine selections, their 747 points worth of picks isn’t a massive number. However, they have enough back end capital that they can facilitate some moves up in the middle rounds if they see fit.

Given how aggressive the 49ers’ front office has been moving around the board since general manager John Lynch took over in 2017, it wouldn’t be a surprise to see them squeeze every ounce possible out of the draft capital they do have. If they can make a couple moves up, they could wind up walking away with a much higher-quality class than their current picks are lined up to retrieve.