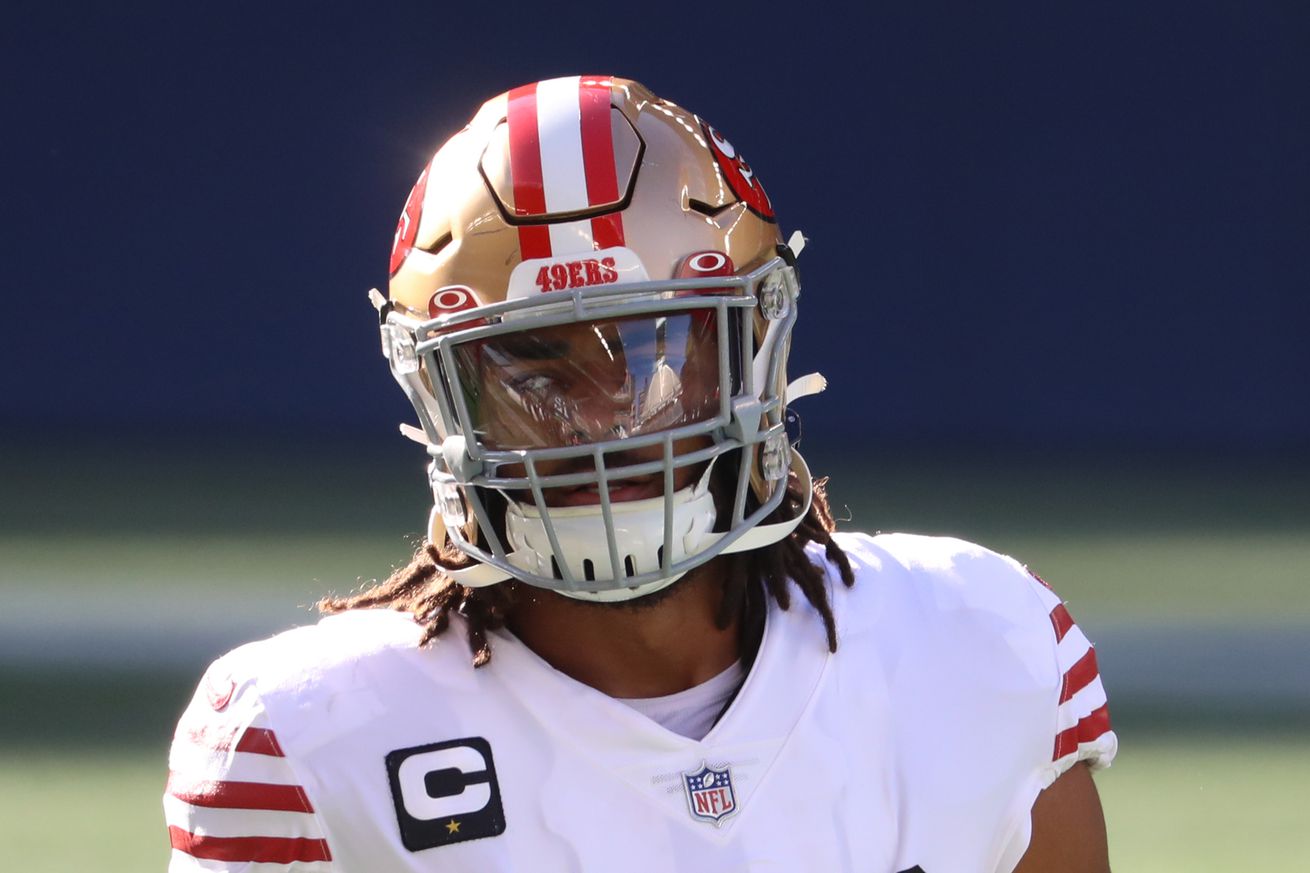 We took a look at the offense on Saturday. Now, it’s the defenses turn.

On Saturday, we looked at how the San Francisco 49ers offense stacked up against the rest of the NFL. Mab Sidam is back with another post, this time, to compare the Niners defense to the rest of the league. Because cornerback numbers are hard to come by, he omitted the position.

The injuries have been a curse, but maybe the only silver lining is that it’s caused people to cool on Robert Saleh, and that might keep him around for another year, which would be great as even through the injury crisis, his unit has remained pretty solid.

The unit is at the back towards the left, which is pretty good considering the fact that he lost plenty of key pieces. Inter division rivals are performing pretty well here too. The Rams have Aaron Donald, and despite how lowly the Seahawks defense has fallen, Pete Caroll still has his lineman in the trenches performing well.

Arik Armstead is trying his best to live up to his new extension while Kerry Hyder is doing all can to earn his own. This is where the Seahawks suffer as one of their leaders in QB hits is a safety who has only played half their season. The return of Nick Bosa should really help rookie Javon Kinlaw perform better as his stats were too low to place on either axis.

Fred Warner is the none pass rush version of Bobby Wagner. He has been great all year against both the run and the pass, routinely finding himself to the ball. Dre Greenlaw shows plenty of promise and should make use of this somewhat lost season to gain reps. Greenlaw and Warner complement each other well. Hopefully, they continue to both get better and continue the long tradition of great 49ers linebacker play.

On the above graph, the Seahawks continue to show exploitable weaknesses. Jamal Adams will make a difference, but he is also only one player. Saleh’s unit performs at about an average rate with their best corner sitting and their tremendous pass rush being stifled by injuries this season. These key pieces making a return at 100% strength would help the Niners in their bid to turn into an elite unit against the pass.

The addition of more dynamic safeties will go a long way as well. The Niners are currently deploying a weak secondary and do not have last seasons pass rush to help gloss over their cracks. Aaron Rodgers diced them thoroughly in their latest loss, and more than any unit, this one deserves the most attention this offseason.

The Niners have a strong run game, a stout front that consistently stops the run, a good passing attack despite only having an above-average QB with one great weapon and a weak secondary. Jimmy G’s contract can be turned into cap space to acquire another weapon or to be spent on some premier secondary pieces. The return of Richard Sherman and a secondary focus heavy draft would also go a long way to fixing what the only weakness on this roster is. The 49ers will be just fine with fewer injuries next year, and an upgrade at Quarterback will definitely have them rolling again.