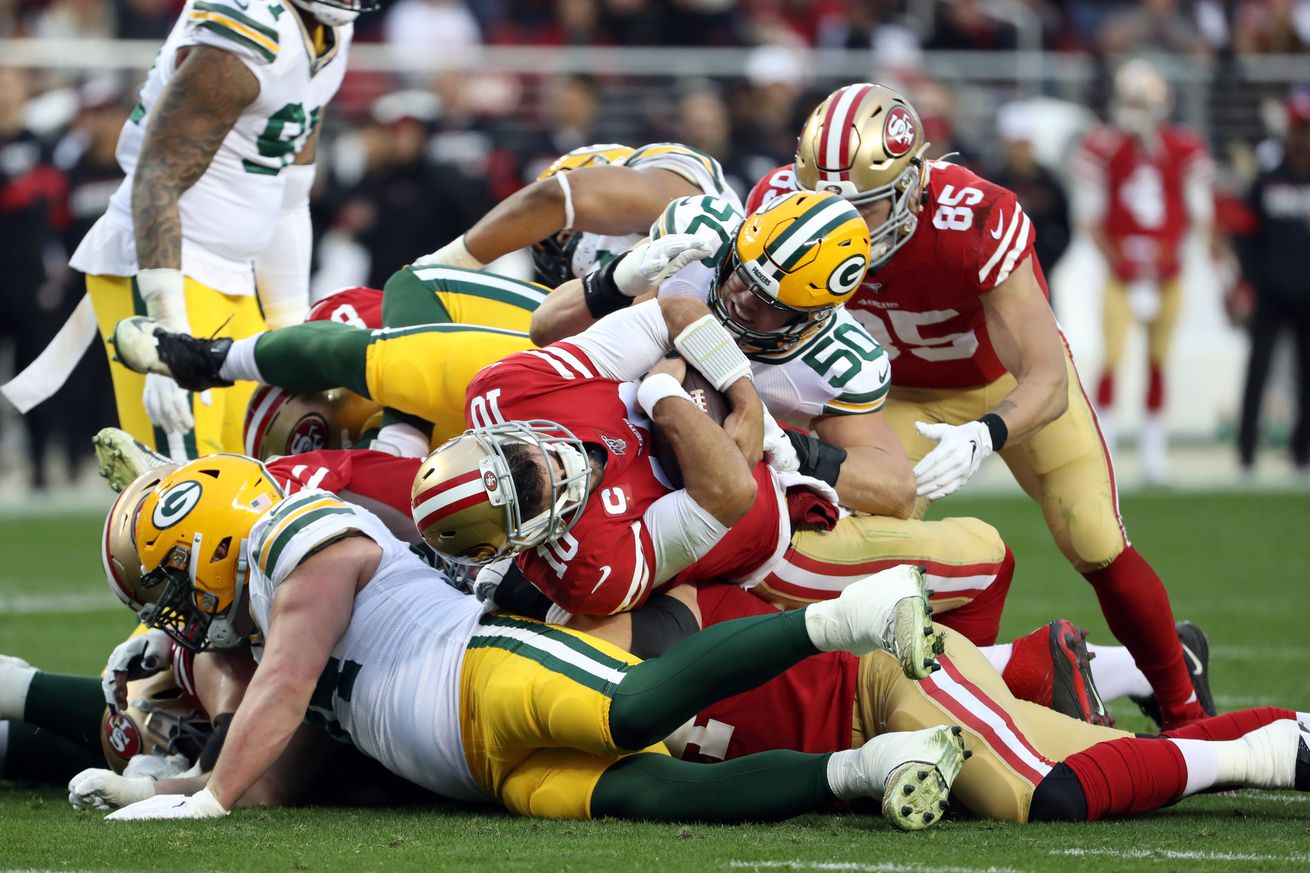 The San Francisco 49ers are on a short week and taking on the Green Bay Packers in a Thursday Night Football showdown. Nick Mullens is starting at quarterback for the Niners with Jimmy Garoppolo out of the lineup after suffering a high-ankle sprain last week.

San Francisco will also be without tight end George Kittle, who hurt his foot in the Week 8 loss to the Seattle Seahawks. The 49ers are the NFL’s walking wounded with the team missing Richard Sherman, Deebo Samuel and Nick Bosa among others.

The Niners will also be without wide receiver Kendrick Bourne, who tested positive for Covid-19. The good news is that no other San Francisco player had a positive test.

Aaron Rodgers and the Green Bay Packers coming into this game 5-2, after losing to the Minnesota Vikings last week.

Here is how to watch the NFC showdown: