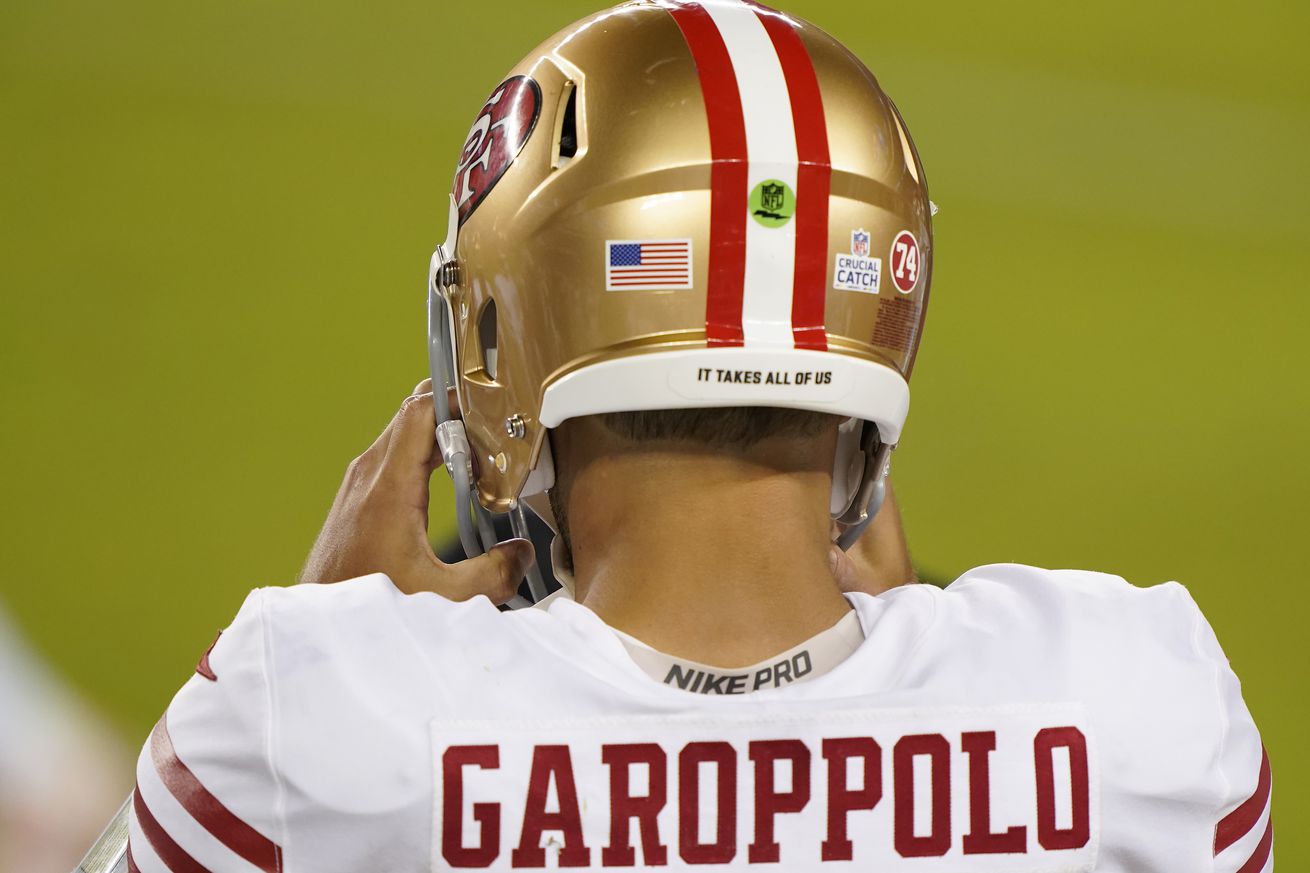 The San Francisco 49ers kick-off their two-game road trip with a rare matchup in Foxborough against the New England Patriots. Quarterback Jimmy Garoppolo will play against his former team for the first time since being traded to the Niners in 2017.

San Francisco will be without running back Raheem Mostert and offensive lineman Ben Garland, who were both placed on the injured reserve list. JaMycal Hasty looked good last week in the fourth quarter against the Los Angeles Rams and could get a ton of carries in place of Mostert, while Hroniss Grasu will replace Garland at center.

New England is trying to avoid its first three-game losing streak since 2002. Head coach Bill Belichick will surely try and use his inside knowledge of Garoppolo’s game to make it hard on the 49ers’ QB, so it should an interesting matchup.

The Niners are making their first trip to Foxboro since 2012. They can improve to 4-3 on the season with a big road win.

Here is the broadcast, game and streaming info for the Week 7 matchup.